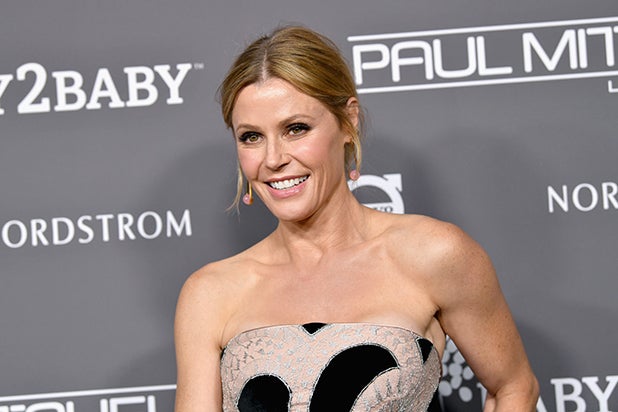 “Modern Family” star Julie Bowen has signed on to star in the CBS comedy pilot “Raised by Wolves.”

The role follows her 11-season run starring on ABC’s “Modern Family,” which will air its season finale on April 8.

Written by “Will & Grace” duo Max Mutchnick and David Kohan, “Raised by Wolves” centers on a successful and fiercely independent crisis manager’s world is turned upside down when she decides to let someone into her life for the first time–an 11-year-old girl who she adopts and raises with the occasional help of her fragile, nervous wreck of a sister.

Bowen’s character, Frankie Wolfe, is described as “a successful, totally put-together powerhouse whose aggressive, blunt-talking style belies the damage incurred by literally being raised by Wolfes (Barbara and Arnie).”

Bowen has earned six Emmy nominations for Outstanding Supporting Actress for her work on “Modern Family,” winning twice. Before starring on the hit ABC comedy, her credits included “Boston Legal” and “Ed.” She is next set to star in Adam Sandler in “Hubie Halloween,” on Netflix.