Jeremy Clarkson is best known for testing out supercars in exotic locations around the world in BBC’S Top Gear and later Amazon Prime’s The Grand Tour. However, the broadcaster has decided to swap burning rubber for a 1,000-acre farm which he attempts to run in the new Amazon documentary Clarkson’s Farm. But, Jeremy doesn’t get off to the best of starts when he collides with an angry sheep.

Jeremy purchased a 1,000-acre farm in the English countryside and decided to run it himself.

The former Top Gear host has no farming experience but that doesn’t seem to bother him.

Jeremy is helped by a group of agricultural associates however, he soon realises he has to take on a lot of different jobs.

The trailer for Clarkson’s Farm begins with the Jeremy fans know and love – driving around a track in a very fast car. 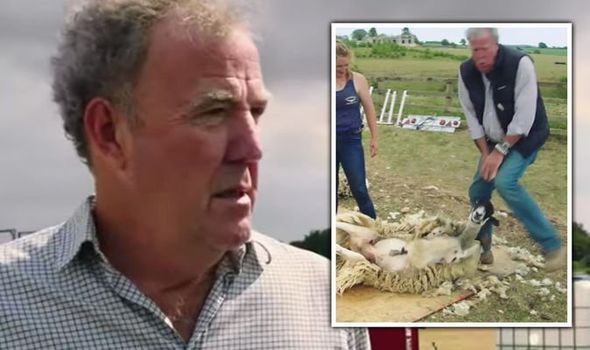 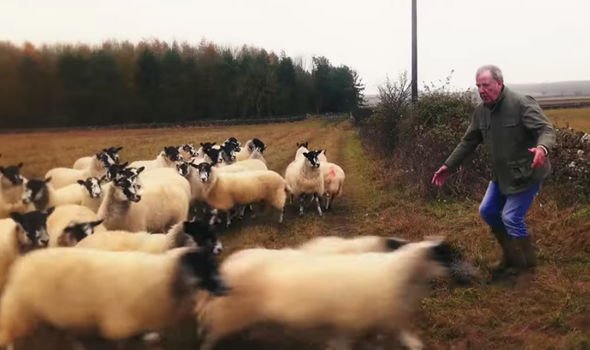 “This ageing man makes a living out of driving fast and shouting random nonsense,” the voiceover remarks.

“He also owns a fairly large farm and just over a year ago he decided he’d be brilliant at running it.”

Jeremy can be seen driving a tractor on his farm before crashing into a barn.

The Grand Tour host attempts to herd sheep but receives a nasty kick to his privates while trying to subdue one of the animals. 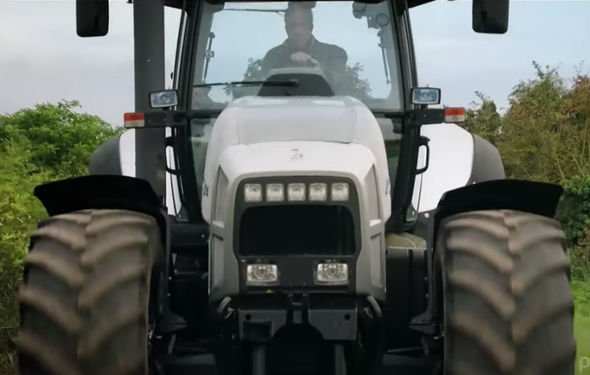 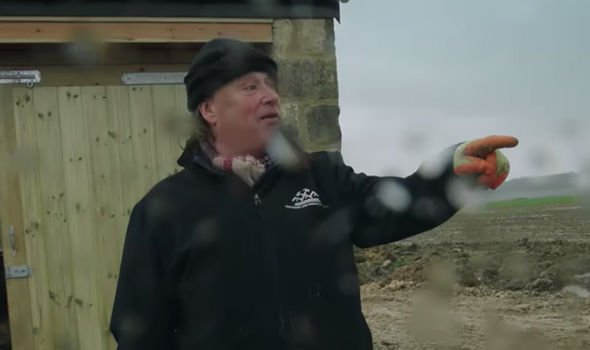 The trailer reveals Jeremy doesn’t receive a warm reception from the farming community.

“This is global warming and you race about all your life in vehicles,” an angry farmer says.

“Unbelievable horse s**t,” Jeremy fires back before getting into trouble trying to carry out farming manoeuvres.

Jeremy has to deal with everyday problems associated with farming as well as extreme weather conditions and a global pandemic.

“There’s not a lot of hope,” his farming associate remarks.

“I’m happy here,” the former Top Gear host reveals. “I’ve got a choice, I can either go back to London and resume my old life…”

“Yes, do that,” another associate swipes leaving Jeremy speechless.

The Amazon documentary will see the car fanatic strive to grow crops and rear sheep.

He’ll also be looking to execute environmental projects that he cares deeply about as viewers get an insight into what matters to Jeremy.