James Martin, 47, is best known for being a world renowned chef and appears on a variety of television shows to pass on his culinary knowledge. As well as having his own cooking programme on Saturday mornings, the kitchen expert has also been a regular face on ITV’s This Morning during lockdown over the past few months. However, it was one of his demonstrations this week, whilst preparing an aubergine dish, when he offered a rather unusual piece of advice he believed viewers ought to follow.

Joining hosts Holly Willoughby, 39, and Phillip Schofield, 59, via video link from his home, the chef cooked up his aubergine parmigiana.

The Italian delicacy sees slices of the eggplant vegetable layered with tomato sauce and topped with ricotta and parmesan cheese.

One other fundamental ingredient to finish the dish is a splash of olive oil, adding yet another dimension to the European favourite.

As well as offering advice on how to prepare the dish, James also spoke to viewers about how they should store their oil at home, which some may find a bit bizarre. 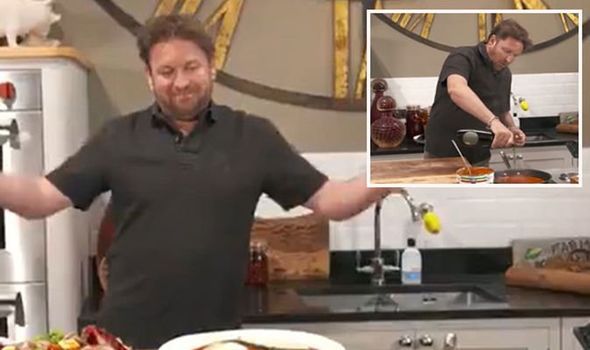 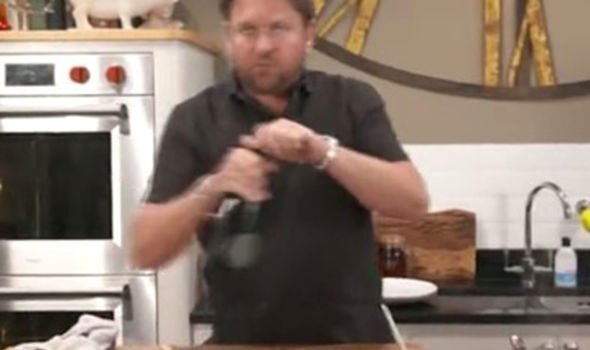 With the olive oil in hand and still speaking to the presenters, the chef said: “Don’t put olive oil on the window sill, because it will go off.

“Oil is light sensitive, so [put it in a] dark cupboard or away from that windowsill,” James explained.

This is exactly how experts say the household ingredient should be stored, with amateur chefs told to also keep the oil away from places of high temperatures such as an oven.

The best climate for oil to be kept at is 57 degrees, or even room temperature is acceptable. 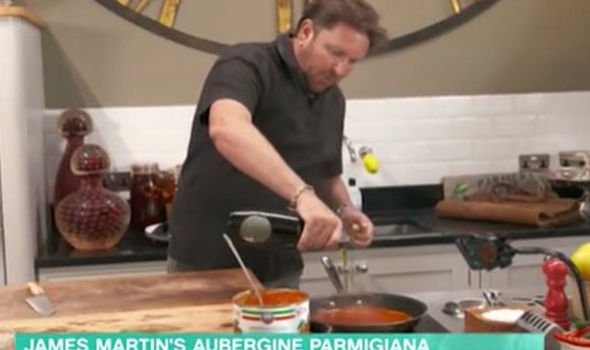 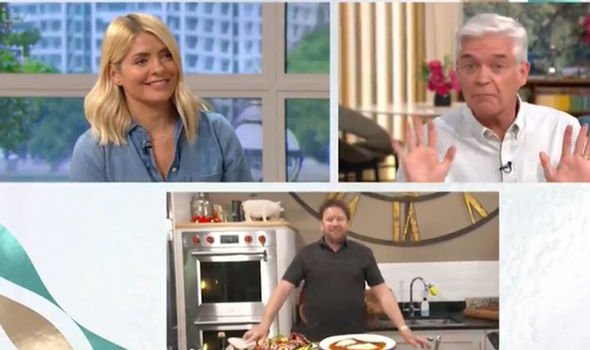 A few viewers at home seemed more distracted by another ingredient the chef was using, rather than advice he was giving.

The addition of cheese left one viewer particularly flummoxed as they thought the dish was meant to be vegan.

Taking to Twitter, they posted: “So James Martin is putting Parmesan on a vegetarian dish??? @thismorning #ThisMorning.”

James creation is still classed as a vegetarian dish with the cheese as the dish would be catered for vegans if the dairy product was excluded.

Phillip also had a point to make about the aubergines as he wasn’t too keen on the use of the ingredient in the dish.

Before the host made his opinion heard, James said: “This is one of my favourite ever vegetarian dishes

“It’s absolutely delicious and a true classic,” he declared, to which Holly asked her co-star: “Not sold, Phil?”

“It’s just aubergine is not one of my favourites,” he replied.

Holly then asked: “Is it the texture?” to which Phillip replied “yes” with James seen shaking his head in the other shot.

“As James said, then it sucks up the fat and it’s a bit gloppy,” the presenter continued as the camera returned to the chef in his home kitchen.

With the cooking demonstrator chuckling away at his co-star’s response, the host added: “That looks delicious, I’ve got to say.

“It looks lovely, but it’s just aubergine is not necessarily one of my favourite closest friends.”

James Martin’s Saturday Mornings airs Saturdays at 9am on ITV. This Morning airs weekdays at 10am on ITV.