The ITV show sees James Martin welcome famous faces along with a selection of some of the nation’s most well-renowned chefs. One culinary genius joining the host today was James Tanner, who was a friend of the host. And before the duo reminisced about the host’s 40th birthday party, he couldn’t help but use the opportunity with the guest to make a “strange” remark.

Tanner was on to cook a Maple Glazed Duck Breast dish which proved a mouthwatering sight for those watching at home.

However, midway through the segment, things took an odd turn when James couldn’t help but crack a joke out of one feature of the dish.

The guest chef was seen giving some advice to viewers as he got on with pan-frying the breast of duck.

Before getting rid of the fat from the pan, he explained: “The duck fat which I don’t want… remember there’s no oil in this.” 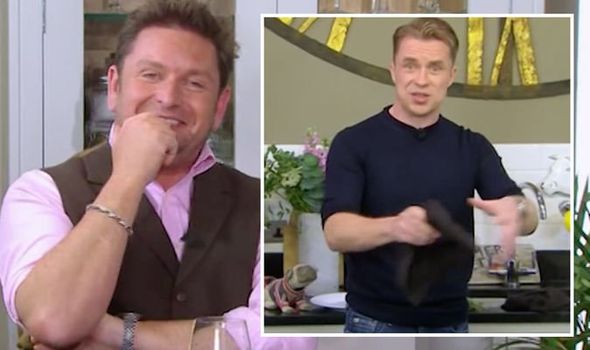 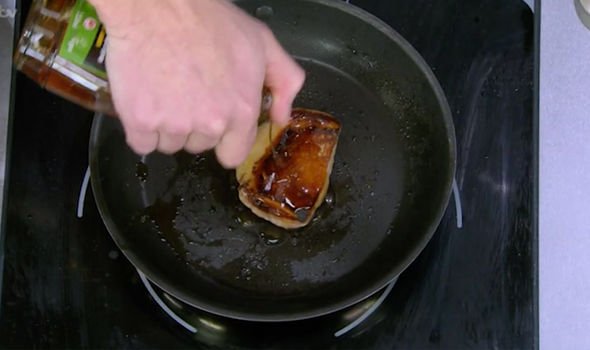 “Which I want,” interjected the host, “I’ll have that for my roast potatoes later!”

“That’s what I do at work, I save it,” Tanner replied before he was probed further by James.

“You don’t still throw it out? Otherwise, you won’t be coming back,” he warned.

However, the host ended up making a joking admission to the guest about what he would do with the leftovers. 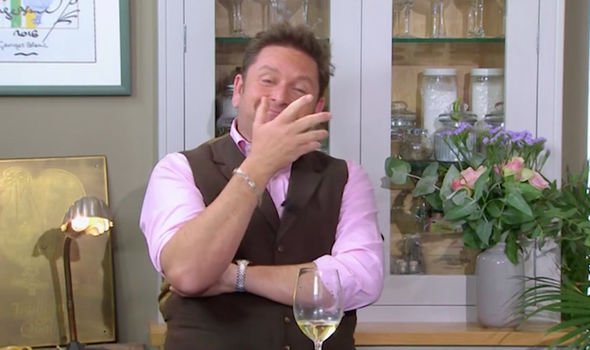 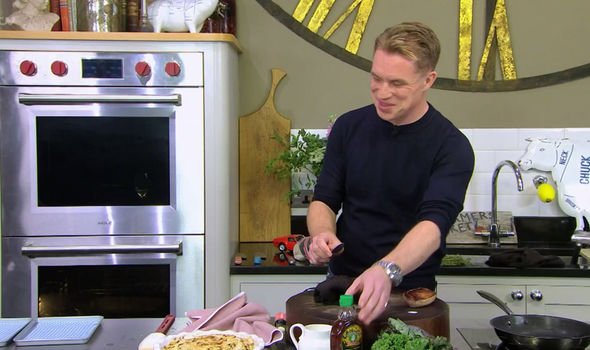 “You smother that all over your body and you go swimming in the river in that,” he said.

He quickly clarified: “I don’t, by the way,” before the guest noted: “That’s a bit random.”

Host James continued: “Just to let the paps know, I don’t do that… every third Wednesday of the month.”

But with the guest chef keen to move the focus back to the cooking, he added: “Back to the duck.”

“Anyway, carry on with the duck,” James echoed – but he realised he had caused a stir.

“Let’s focus on the duck, take that vision out of your mind, please.

“Anyway, you can see… back on the duck James, concentrate on the duck,” with the chef replying: “I am.”

But the host couldn’t help but offer up a cheeky remark, asking: “Am I flustering you?”

However, Tanner was left unfazed and continued on with preparing his dish: So, look how it’s bubbling slowly? It will burn as it has natural sugars, it will burn, so we’re just coating it.”

Fans of the show couldn’t help but comment on the segment on Twitter, with one sharing: “Pretty sure that wine has gone to James’s head quickly lol.”

“Brilliant dish. It was great watching @jamesmartinchef and @jamestanner01 together, great personalities,” said another.

James Martin’s Saturday Morning airs Saturdays from 9:30am on ITV.