No Time To Die’s release may have been postponed following the coronavirus outbreak around the world, but Daniel Craig still has some promotional commitments from the current James Bond press tour. The 52-year-old hosted Saturday Night Live for the first time in eight years last night. And one of the sketches was a No Time To Die parody scene set in a casino.

Craig teased the sketch as a No Time To Die sneak peek, as his Bond arrives dressed in his trademark tuxedo at a casino.

Liaising with a French spy who happens to work for Spectre, 007 quickly gets distracted as he starts winning at craps.

But then Bond really can’t stop winning, taking off his bow tie and ordering a vodka red bull in a pint glass.

Before he demands the casino regulars call him Simba, King of the Jungle in celebration of his wins. 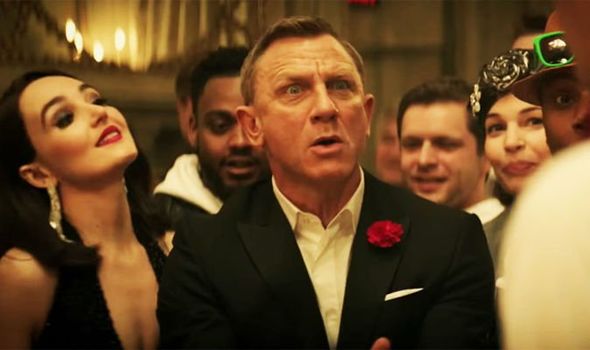 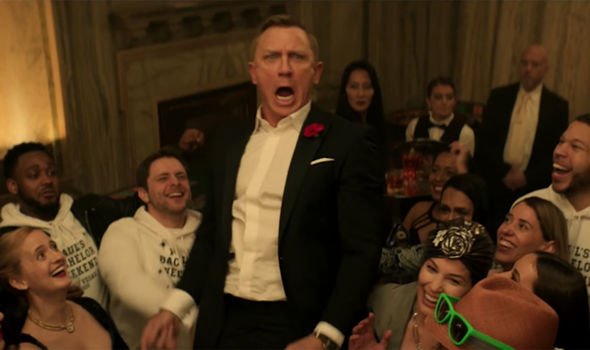 Meanwhile, the French spy offers he goes up to her room with her and also reveals Spectre’s location, but Bond is totally distracted by the gambling.

And just as he rolls snake eyes, it turns out the dealer is an agent pointing a gun at him.

However, Bond is too quick and fires a shot into his heart before the Spectre mole can attack.

This isn’t the first tongue-in-cheek sketch Craig has performed to promote No Time To Die. 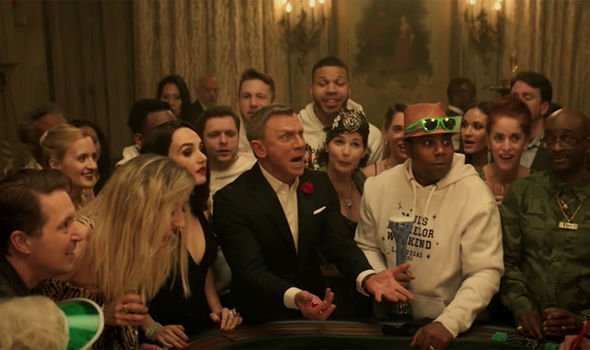 Before shooting the new Bond movie, he filmed a Heineken beer advert in Tarragona, Spain.

Craig played himself through a host of farcical antics that lampooned his image as Bond.

From running out of breath before a stunt that doesn’t happen to clumsily knocking over a waiter’s tray.

The commercial even ends with Bond burping loudly after a sip of beer – hardly the gentlemen of the films there then.

“He is approached by Felix Leiter, his friend and a CIA officer, who enlists his help in the search for Valdo Obruchev, a missing scientist.

“When it becomes apparent that Obruchev was abducted, Bond must confront a danger the likes of which the world has never seen before.”

Meanwhile, there’s a rumour that Craig wants to return for a sixth Bond movie after No Time To Die.

The claim comes from The Sun’s Bond source, who has proven to be quite accurate at their predictions.

However, Craig did reaffirm on Saturday Night Live that No Time To Die is his final 007 movie.

But the real question is whether or not Bond will make it to the end of his latest outing alive.