Though the actor died during the filming of 2015’s Furious 7, that film ended with Brian driving into the sunset. In the Fast-verse, he’s simply retired from all things fast and/or furious in order to raise his kids with wife Mia (Jordana Brewster). In The Fate of the Furious, Brian and Mia were left out of the loop, lest the mission put their family in danger.

Things are more complicated in F9, with Mia returning to the fold to face her and Dom’s (Vin Diesel) long-lost brother, Jakob Toretto (John Cena). With half the couple back onscreen, her significant other must also be accounted for. So, where is Brian during the events of F9? On babysitter duty. Until, that is, he makes a “cameo.”

Spoilers ahead for the final moments of F9. (Although it’s also the first shot in the official trailer, so who’s spoiling who?)

The movie ends with another family dinner, as has become customary. This time, it’s back at the Toretto family home — in the process of being rebuilt after it was blown up in Furious 7 — with the entire crew gathered: Dom, his Fast Family, the Tokyo Drifters, Little Brian (which is a tribute in itself).

The camera pans to the vacant seat next to Mia.

Offscreen, an engine revs and everyone turns to camera, Dom grinning knowingly. On the street out front, a blue GT-R — Brian’s signature car — races down the block and into the driveway. Cut to credits, leaving the reunion that can’t be in the minds of the audience. 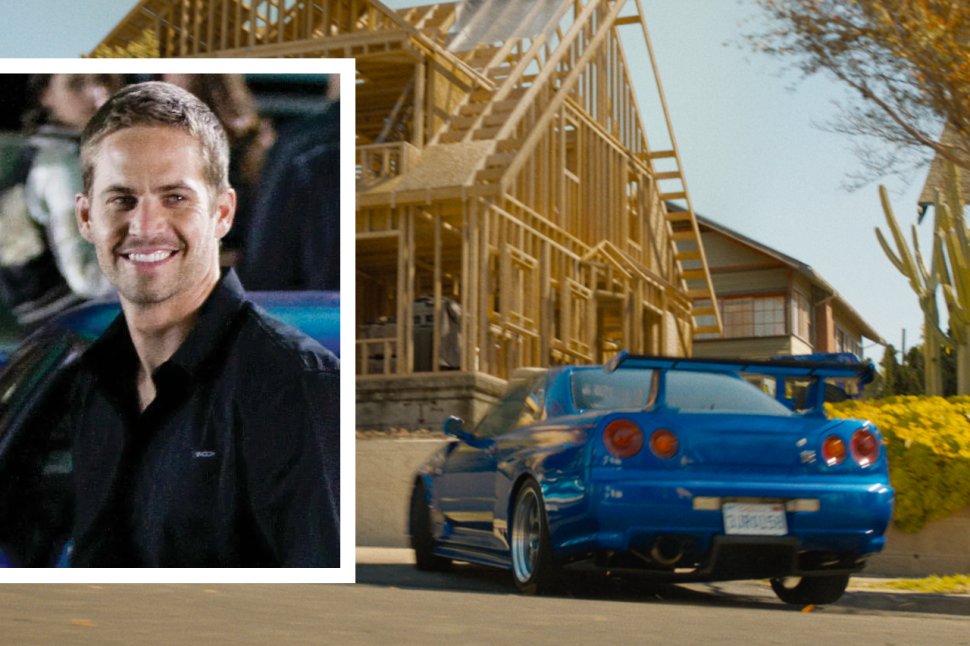 “He’s so special I know to me personally and to all the fans around the world and it’s something that we don’t take lightly,” director Justin Lin (returning to the franchise for the first time since Fast & Furious 6) explains. “I’m proud and I’m so happy that Brian O’Conner is still a part of the universe. I talk to Vin all the time about how we can honor him respectfully.”

It’s not just Diesel who weighs in on when and how Brian factors into new installments in the series: Walker’s brothers, Caleb and Cody, and daughter, Meadow, are also involved behind the scenes. “We continue to consult with them on everything,” Ludacris says. “They are the ones that are spearheading and signing off on all the ideas. So, it’s really about being close with his family.”

With two films left until The Fast Sagacomes to an end — following F9, Lin remains on to helm the era-ending F10 and F11 — you can expect Brian to play a part in how Dom’s storyline wraps up. “I can’t envision making a Fast film continuing this mythology,” Diesel recently told ET, “without my brother Pablo’s soul being the guiding spirit.”