The former England, Arsenal, Crystal Palace and West Ham striker will share a powerful story about his difficult childhood and the psychological effect it had on him during a BBC documentary tonight. The 57-year-old investigates the increase in domestic violence incidents in the UK and the impact it has on the children who grow up in abusive households. The football legend scored 128 goals for Arsenal in the Nineties and made 33 England appearances, but a disruptive and abusive childhood almost threatened to derail that.

After retiring from the game at 36, Wright has been active in the media and is currently a pundit for both BBC Sport and ITV Sport.

But he landed himself in hot water while covering the 2018 World Cup when things got tense in the ITV studio between Wright and fellow commentator Roy Keane following England’s dramatic semi-final 2-1 loss to Croatia.

The former Man United and Ireland captain said: “Before the game, all the talk was about the final and France.

“I made the point a few weeks ago, I know a bit tongue-in-cheek but you focus on one game and football’s coming home. 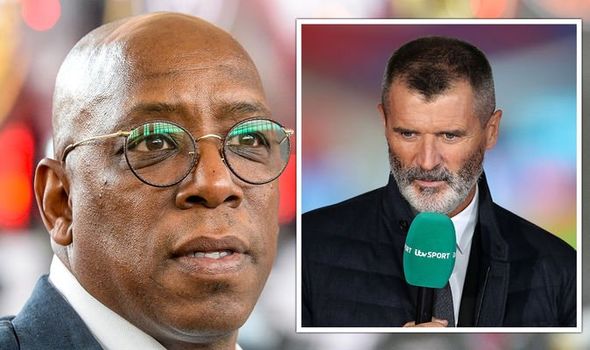 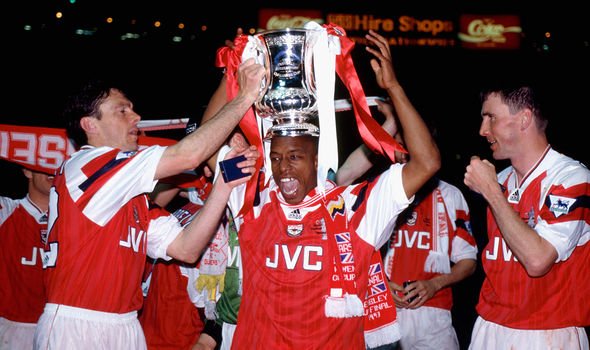 “I didn’t mind you being happy but you got carried away, planning the final and the parades. And I was right. You needed a reality check.”

Wright hit back: “We wasn’t [sic] talking about the final, we were just having a laugh with you. We were happy. Why can’t we get excited?”

But some took issue with the way Wright responded, claiming he “mocked” Keane’s accent.

Sharing the clip online, one Twitter user stated: “Roy Keane talking about the English disrespect in planning the final against France. 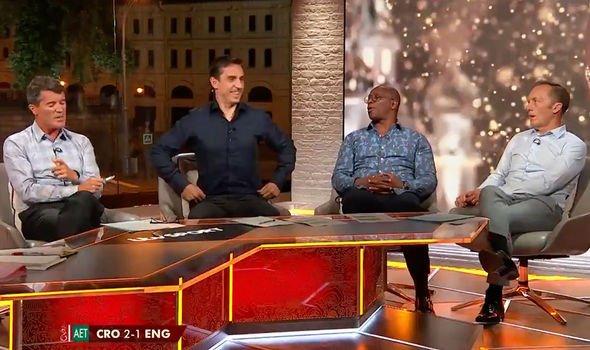 Another added: “If anyone out there was wondering why Irish people can’t support England, just watch Ian Wright resort to attempting to impersonate Roy Keane’s accent when he’s losing an argument and try to imagine that occurring to you on a daily basis.”

A third claimed: “Keane and Wright just had a one-minute long, childish argument in which they talked over each other without taking a breath, gradually raising their voices until they were almost yelling.

“Then Wright mimicked Roy’s accent, and Roy said ‘watch it’ with murder in his eyes.”

“Shows how limited Ian Wright is as a pundit when all he can do is mock Keane’s accent.” 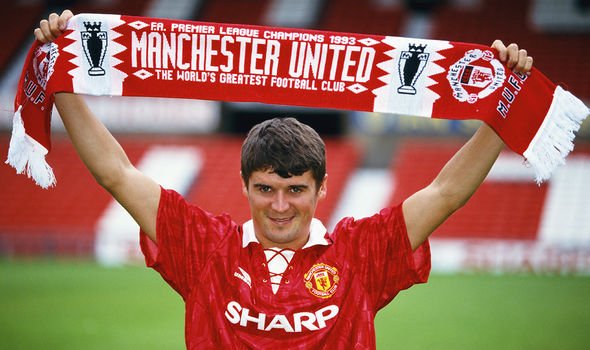 Some viewers complained to TV watchdog Ofcom, but after assessing the situation they quickly determined the “exchange was intended in good humour”.

Ofcom assessed the complaints but decided not to launch an investigation.

It said in a statement: “We carefully assessed complaints from viewers who objected to one pundit imitating another’s accent.

“However, we found the exchange was intended in good humour.”

Wright is hoping that his documentary tonight will help raise awareness of domestic abuse.

In the last year, 1.6 million women experienced domestic abuse and in 90 percent of cases, there is a child present. 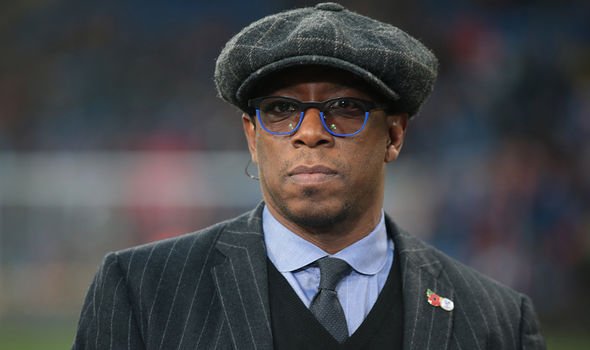 The issue has been brought into stark focus during the pandemic, with some victims trapped at home with no escape from their abusers.

Calls to the UK’s largest domestic abuse helpline rose week on week in 2020 as COVID-19 raged.

More recently, the Domestic Abuse Act received Royal Assent and is now the law of the land.

Campaigners have described the new legislation as a milestone and a “real achievement” for all involved in its passage.

It includes greater protection in family courts, recognition of children as victims, a guarantee that survivors escaping domestic abuse will be in “priority need” for housing and legal duty on councils to fund support in safe accommodation.

If you have been affected by any of the issues raised during this article you can call the 24-hour National Domestic Abuse Helpline on 0808 2000 247 for confidential, non-judgemental information and support.

Ian Wright: Home Truths is on BBC One on May 6 at 9pm and will be available after on iPlayer.