When Disney and Pixar made 1995’s Toy Story, no one quite knew what to expect. A fully computer-animated movie had never been done before. And despite the presence of popular stars Tom Hanks and Tim Allen, the project must have felt like a gamble for all involved. Of course, Toy Story kicked off an iconic franchise, one which accounts for Hanks’ biggest hits. But that first movie almost took Woody in a much darker direction. 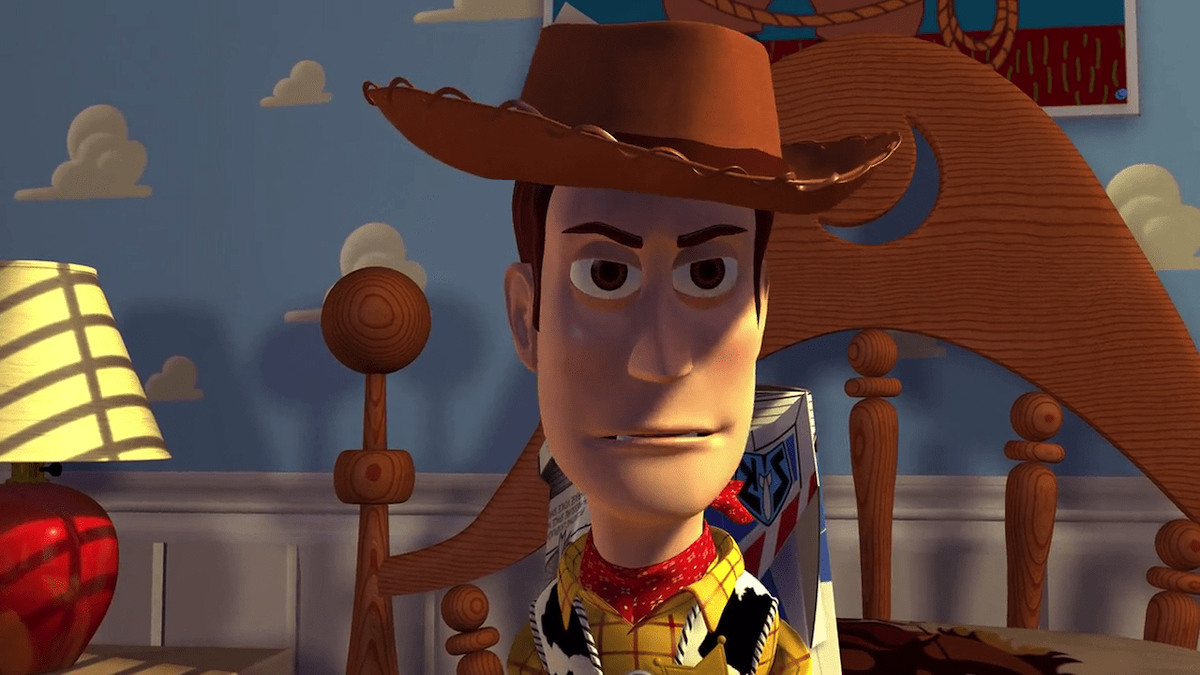 ‘Toy Story’ is the classic that made Pixar a household name

Without Toy Story as its foundation, Pixar Animation Studios might have had a much rougher road ahead of it. The film’s focus on plastic playthings was designed specifically to work within the furthest limits of CGI at the time. And right from that first movie, Pixar established its ability to make life lessons and deeper themes accessible to children while incorporating enough heart and humor to keep adults just as engaged.

In the more than 25 years since then, Pixar has released 23 feature films, very few of which have disappointed fans or critics. However, Buzz Lightyear (Allen) and Woody (Hanks) have remained Pixar’s most iconic characters. Of the five Pixar movies to earn more than $1 billion worldwide, two are Toy Story films. That’s because the actors’ performances and Pixar’s sharp storytelling make them as endearing as they are complex.

But it almost didn’t happen that way. In the first Toy Story, Buzz’s arc sees him come to terms with the fact that he’s a toy and not a real space ranger. Meanwhile, Woody learns to put aside his ego and realize he and Buzz can peacefully co-exist in Andy’s room. However, according to Collider, Disney executive Jeffrey Katzenberg initially made demands that would have threatened the movie’s success.

Katzenberg reportedly wanted Pixar to make the Toy Story characters darker. This included a greater reliance on edgy, adult humor. But most shockingly, it also involved Woody intentionally shoving Buzz out of the window in a key scene. As it plays out in the final film, Woody only wants Buzz to fall behind a desk so that Andy will choose to play with him instead. However, the space ranger is accidentally knocked out of the window.

This prompts outrage from the rest of Andy’s toys who wrongfully believe Woody is a murderer. But fans know the cowboy never meant to cause any harm and is only acting out of insecurity. For that reason, viewers remain on Woody’s side. But in Katzenberg’s version, Woody is purposefully trying to kill another toy. This make him even worse than next-door neighbor Sid, who destroys toys for fun. But at least he doesn’t know they’re alive.

What would have become of ‘Toy Story’ if it had gone dark?

It’s wild to think Toy Story — one of the most universally beloved movies of the past few decades — taking such a drastically different direction. Moreover, it’s unclear whether the movie would have been a hit at all if it left viewers with a darker vision of its story. Would it have become the phenomenon it ended up being?

Perhaps a dark Toy Story could have developed a similar fan base over time as films like The Nightmare Before Christmas or Coraline. But as far as it becoming the crowd-pleasing game-changer it was upon its original 1995 release, that probably wouldn’t have happened. As it stands, Toy Story is a timeless classic for all ages.