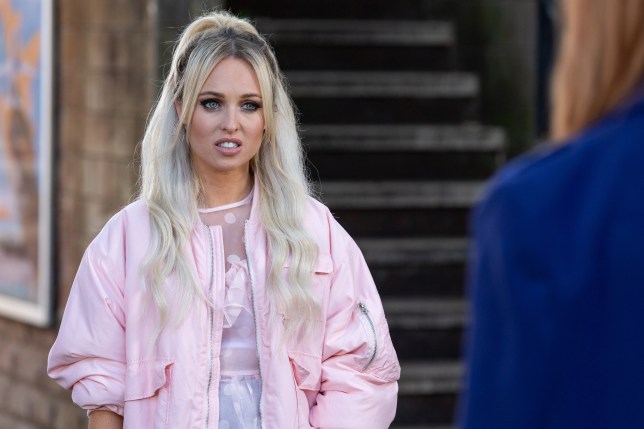 Hollyoaks’ Jorgie Porter got glammed up for her engagement party recently, and proudly showed off her baby bump in the process.

The actress, who plays Theresa McQueen in the Channel 4 soap, posted a selfie on her Instagram wearing an orange skirt and top to match.

Back in March, the actress appeared on Loose Women to raise awareness of miscarriage and spoke about her experiences with her ‘million to one pregnancy’.

She had previously said that she had struggled to find anyone to talk to who understood what she was going through.

Talking about the ‘heartbreaking’ moment, Jorgie explained: ‘It was quite shocking because I thought it was going to be four [babies] – I was ready for a girl gang.’

‘It was a missed miscarriage so my body was still being pregnant and still doing the symptoms of pregnancy,’ she added, as she confirmed that she had no idea what had happened until she was told the news.

Jorgie announced her pregnancy on Instagram back at the start of June.

She shared the most adorable video to reveal a picture of her scan, with her and Ollie removing their hands from the photo one at a time, before their dog was the final family member to remove his paws, showing the black and white ultrasound in all its glory.

Jorgie has played the role of Theresa on and off since 2008.

She returned to the soap in 2020, with Theresa back in the village at the same time her family were being blackmailed.