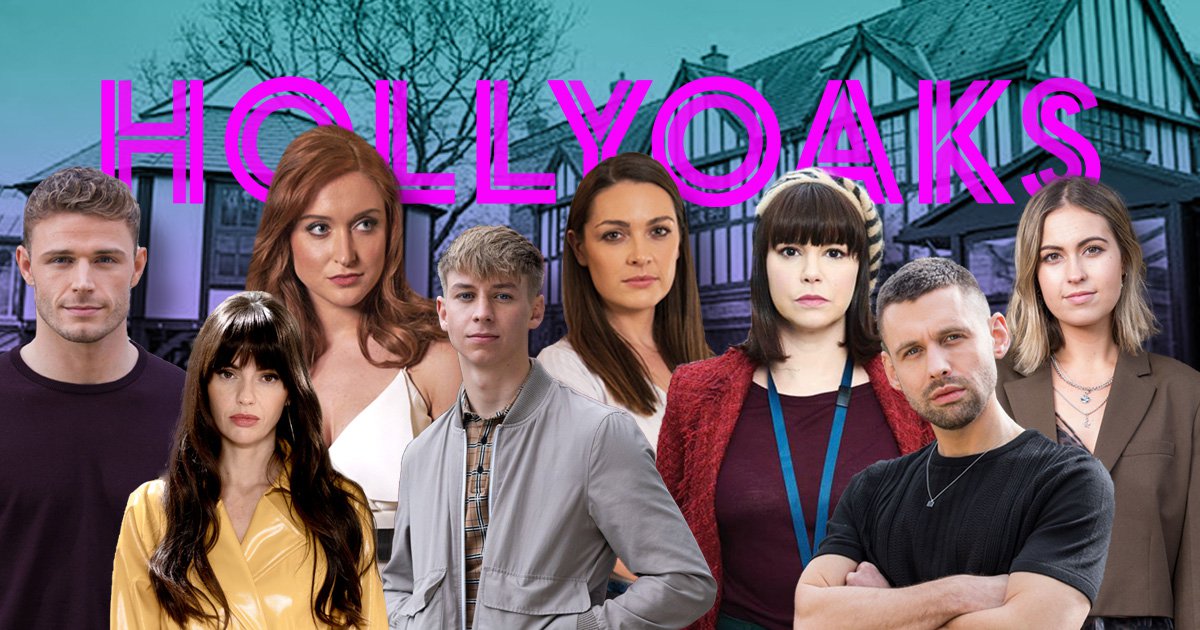 Hollyoaks has kicked 2021 off with a bang, and it’s safe to assume that things are only going to be get more explosive as we head towards the spring.

From the culmination of Silas Blissett’s (Jeff Rawle) reign of terror, to the fallout of last year’s thrilling flash-forward episode, it’s been quite a year thus far for the Channel 4 soap — and we’re only two months in!

Sid Sumner (Billy Price) is hellbent on taking down Victor Brothers (Benjamin O’Mahony) — and the entire County Lines run in the process!

Yes, 2021 has been pretty full-on, but things will continue to heat up, making for a spring fans will no doubt never forget.

If you simply cannot wait to see what’s in store — and let’s be honest, who of us can? — then you’ve come to the right place, as we’re taking a deep dive into all the stories you’ve got to look forward to.

The dramatic conclusion to the County Lines story

Victor Brothers has caused nothing but trouble for the youths of the village — and their parents!

However, Sid has had enough, and therefore he’s been hellbent on putting a stop to the drugs boss by getting in his good books, in the hope of taking him down from the inside.

The young lad has been keeping video diaries of his progress, and next week, with Ste Hay (Kieron Richardson) having discovered what he’s up to, he decides to seek some advice from James Nightingale (Gregory Finnegan).

The storyline reaches a dramatic peak, as Sid successfully plants a listening device in Victor’s glove compartment, and gets the confession he’s after.

But with Victor getting wind of his plan, will Sid pay the ultimate price? Or will Victor finally pay for what he’s done?

Sienna’s hunt for the shooter

Sienna Blake (Anna Passey) was left to die after Summer Ranger (Rhiannon Clements) shot her in a devastating revenge attack.

She survived the ordeal, and if there’s one thing we’ve learned about her over the years, it’s that she’ll do whatever it takes in order to get revenge on the person responsible.

‘We see full obsessive Sienna in the village interviewing people,’ actress Anna Passey told Metro.co.uk, previewing what’s to come. ‘[She’s] trying to find out who did it. She’s hellbent on getting revenge on whoever did it.’

Summer was horrified when she discovered that Brody Hudson (Adam Woodward) was involved in the attack which left Cormac (James Gaddas) in a coma.

In fact, it was this discovery — coupled with her dad’s passing — that sent her on a path of no return, as she shot Sienna.

However, it was later revealed that Brody was actually Summer’s intended target, and therefore, she’s still out to get revenge on the young man, and her plan involves making him fall in love with her, before she destroys him once and for all!

Will Summer succeed in ruining Brody? Or will Sienna put a stop to her first?

George’s abuse of John Paul will get worse

George has been manipulating and controlling John Paul for months now, and he’s started to isolate his beau from all those around him in an effort to make him more dependent on him.

Feeling neglected, George set in motion a devastating revenge plan, as he suggested that John Paul was responsible for the injury he acquired while messing around in the kitchen.

As a result, John Paul was arrested on suspicion of common assault.

The outcome of this story remains to be seen, but it’s not over yet — not by a long shot — and actor Callum Kerr revealed that George’s abuse will only get worse as time goes on.

He told Metro.co.uk: ‘I think as people start to see him for what he is, his reaction isn’t to look in the mirror, but to double down.

‘We’ve got some brilliant but shocking TV coming up, and I can’t wait to watch it. We’ve done some amazing stuff over the last few months and it gets a bit mental!

‘We’ve not finished filming this storyline yet, so this goes on and on, and it’s just brilliant. It takes so many twists and turns, and you’d be daft to miss it!’

Ella Richardson (Erin Palmer) is harbouring a dark secret in that it was she who killed Jordan Price (Connor Calland).

Viewers will know that Charlie Dean (Charlie Behan) is currently in police custody, after admitting to the crime in order to spare Ella from as life behind bars.

Mandy (Sarah Jayne Dunn) knows the truth, and thus she has gone out of her way to protect her daughter’s secret — proving that she’ll do whatever it takes to keep her safe, including throwing Charlie under the bus!

Nancy Osborne (Jessica Fox) is on a mission to rescue Charlie and prove his innocence, but will she finally discover not only the truth, but also the fact that Mandy has endangered Charlie’s future and life in an effort to protect her daughter?

Mandy started to worry that Charlie’s imprisonment was pushing Darren (Ashley Taylor Dawson) closer to Nancy, and thus — in an effort to save her relationship — she proposed to Darren!

She then headed off with Ella on holiday in order to treat the young girl to some time away from the village following the events of New Year’s Eve, but she’s been sending Darren little suggestions for their upcoming wedding in her absence.

The question is: will the wedding actually go ahead?

Or will Darren perhaps discover that she not only kept shtum about Charlie, but that she went out of her way to make life a lot more difficult for him?

What’s more, is it Mandy that Darren actually wants to be with? Or does his heart perhaps belong to Nancy?

Ollie has been struggling with his addiction to drugs in recent months, and in spite of Luke (Gary Lucy) and Cindy Cunningham’s (Stephanie Waring) interventions, he’s been unable to stop using.

What’s more, his reliance on drugs saw him on the receiving end of a beating, after he interfered in Sid’s plan to expose Victor — something which he does yet again in the coming episodes.

Will Ollie be able to give up the drugs? Will Luke be able to make him see sense before it’s too late? Or is he on a path of no return?

Cher has become hellbent on making Mercedes’ life a living hell in recent months, and her jealousy has got the better of her on a number of occasions.

From stealing the pub credit card, to trying to plant drugs in her bag, Cher has gone out of her way to terrorise Mercedes, in the hopes that her actions will result in Sylver (David Tag) leaving the Dog landlady.

Her efforts have proven fruitless thus far, but with Cher’s rage and jealousy getting worse, just how far will she go in order to come out on top?

Diane Hutchinson (Alex Fletcher) found herself conflicted when she discovered she was pregnant with Edward’s (Joe McGann) baby, but she ultimately resolved to tell Tony (Nick Pickard) everything.

Tony struggled to get his head round her revelation at first, but he soon realised that Edward couldn’t hurt them any more, and with a new chapter on the horizon, he told Diane that he wanted to have this baby and raise it as his own son.

Diane was over the moon, but it soon came to light that her mental health was struggling, and — given all that Tony has been through — she’s determined to protect him.

It appears as if there might be an OCD storyline in the pipeline for Diane, but will she open up about her struggles?

Verity Hutchinson (Eva O’Hara) pretended to be pregnant in order to protect Diane’s secret pregnancy from coming to light, but the lie soon spiralled out of control, as Sami Maalik (Rishi Nair) fell in love with the idea of becoming a dad.

Verity has struggled to come clean about her lie, and thus she’s resolved to give Sami what he wants, as she desperately tries to get pregnant.

The question is: will Sami find out about her pregnancy lie?

Killer Toby Faroe (Bobby Gordon) resolved to start anew after his ordeal at the hands of Dr Ramsay Ley (Sabina Cameron), but will he be able to get a handle on his anger?

Will he be able to start afresh and embark on a romance with Cleo McQueen (Nadine Mulkerrin)?

Or will the sins of the past return to haunt him once more?

Grace Black (Tamara Wall) was left fearing the worst after she discovered a lump, as she started to worry that she has breast cancer.

Diane attempted to put her mind at ease, and Grace later opened up to Felix Westwood (Richard Blackwood) about her discovery.

It’s unclear as to whether or not Grace does have cancer, but it’s apparent that The Loft landlady has a tough couple of weeks ahead of her.