HOLLY Hagan is definitely coming back from Thailand with one hell of a tan.

The former Geordie Shore star was seen with on-off boyfriend Kyle Christie looking like she had indulged in plenty of sunbathing during her exotic holiday. 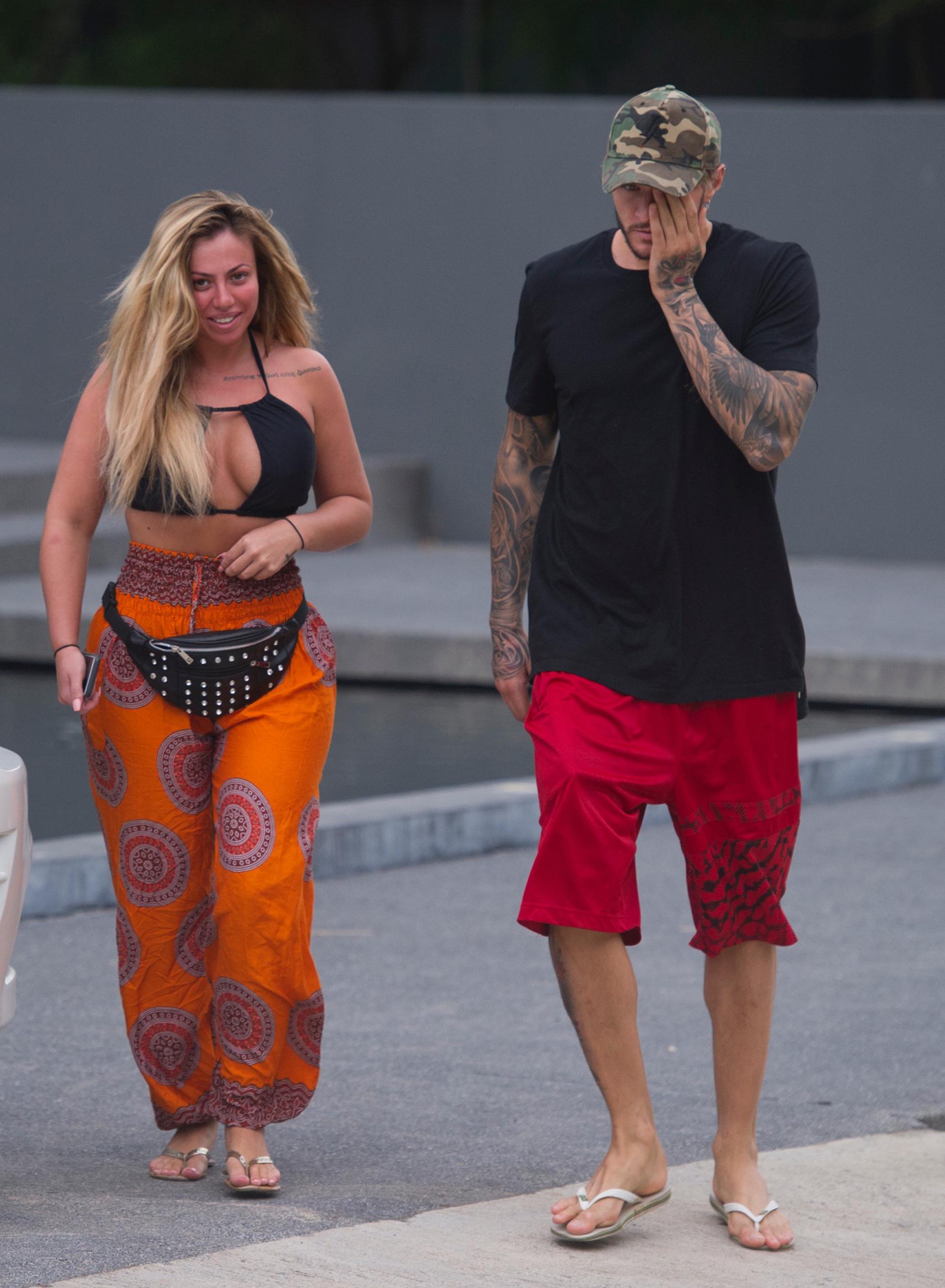 However, it seems she can do dressed down too, and looked happy and relaxed as she walked along with Kyle.

The pair have been sharing updates from their trip away, including sharing a hilarious video of them looking worse for wear at a Full Moon Party on Snapchat. 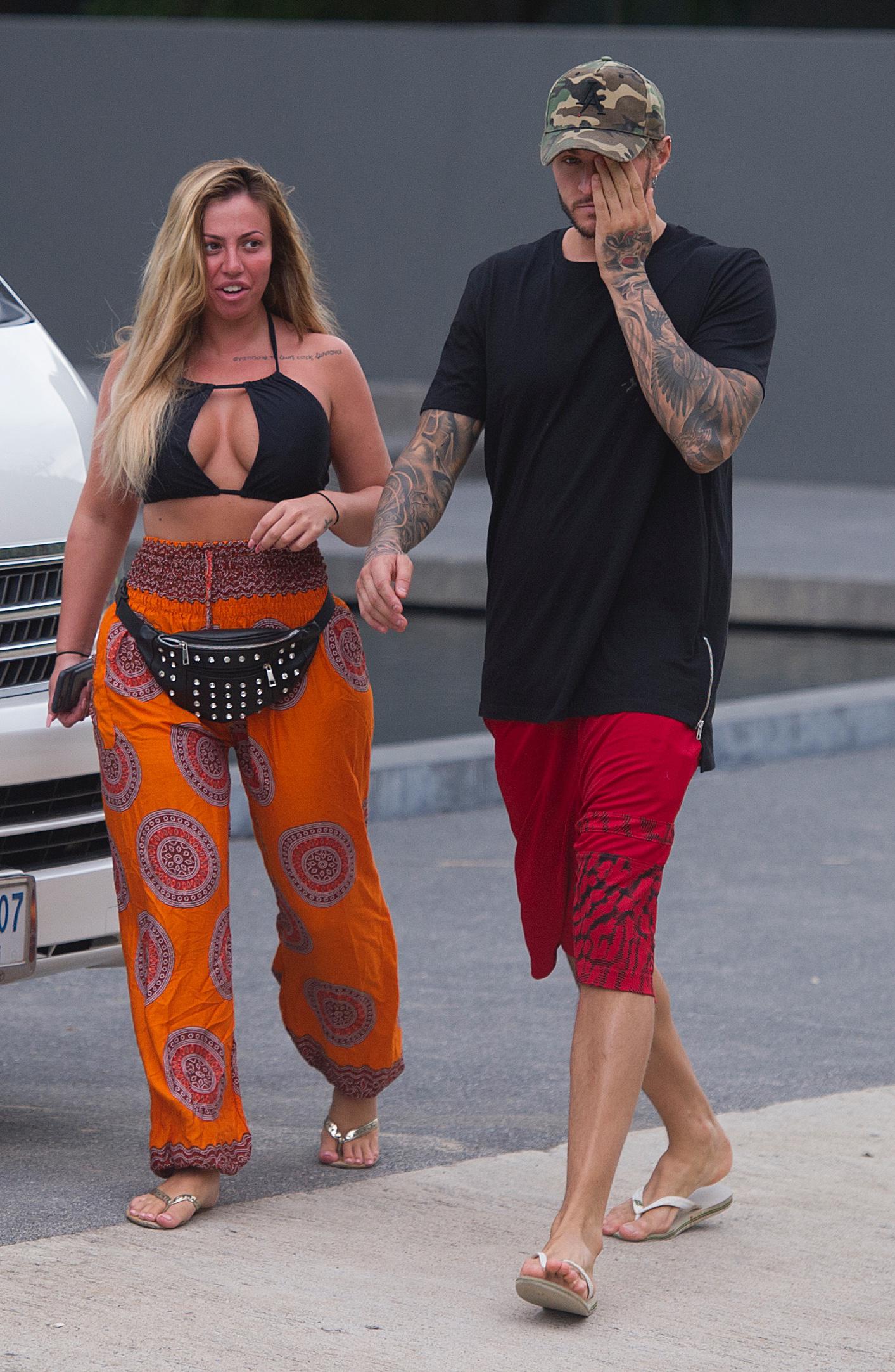 Yesterday Holly gave Kyle an eyeful of her famous "double Fs" as they took a romantic boat ride.

The triangle-shaped panels barely covered Holly's boobs and enhanced her chesty look, while she flashed her toned abs by going T-Shirt free.

She paired her sexy swimwear with a eye-catching leopard print sarong and went make-up free as she prepared to explore the island with her tattooed hunk.

Holly's blonde hair flowed over her shoulders and she perched her designer glasses on her head as she attempted to take a snap with the help of a selfie stick. 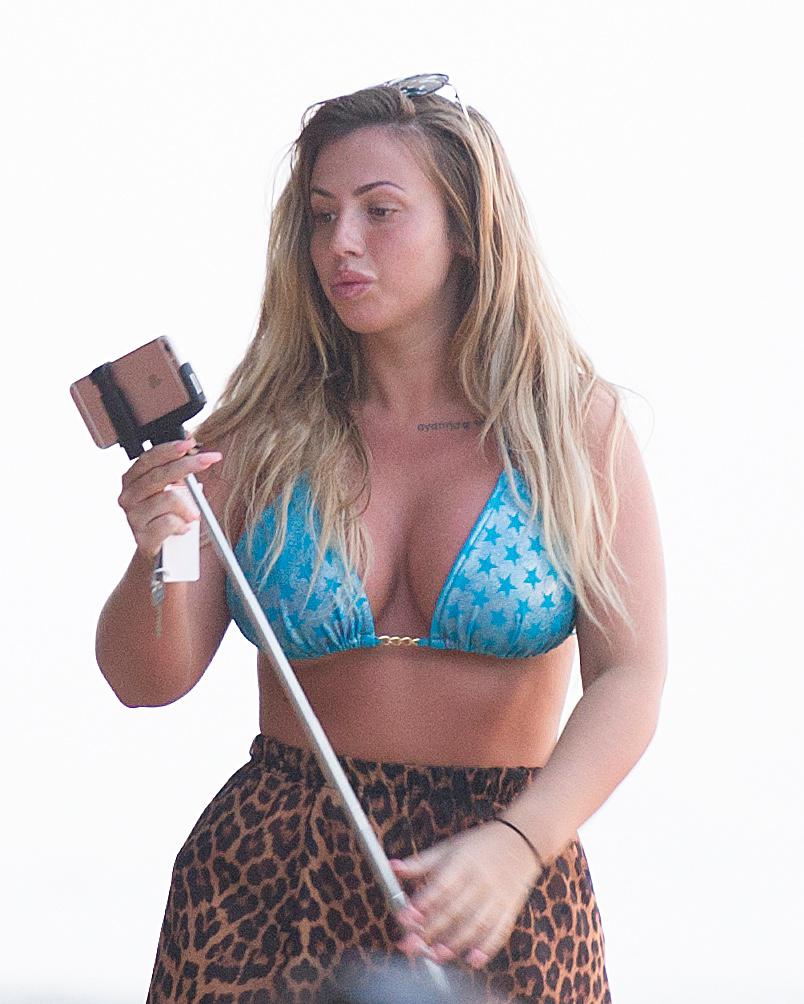 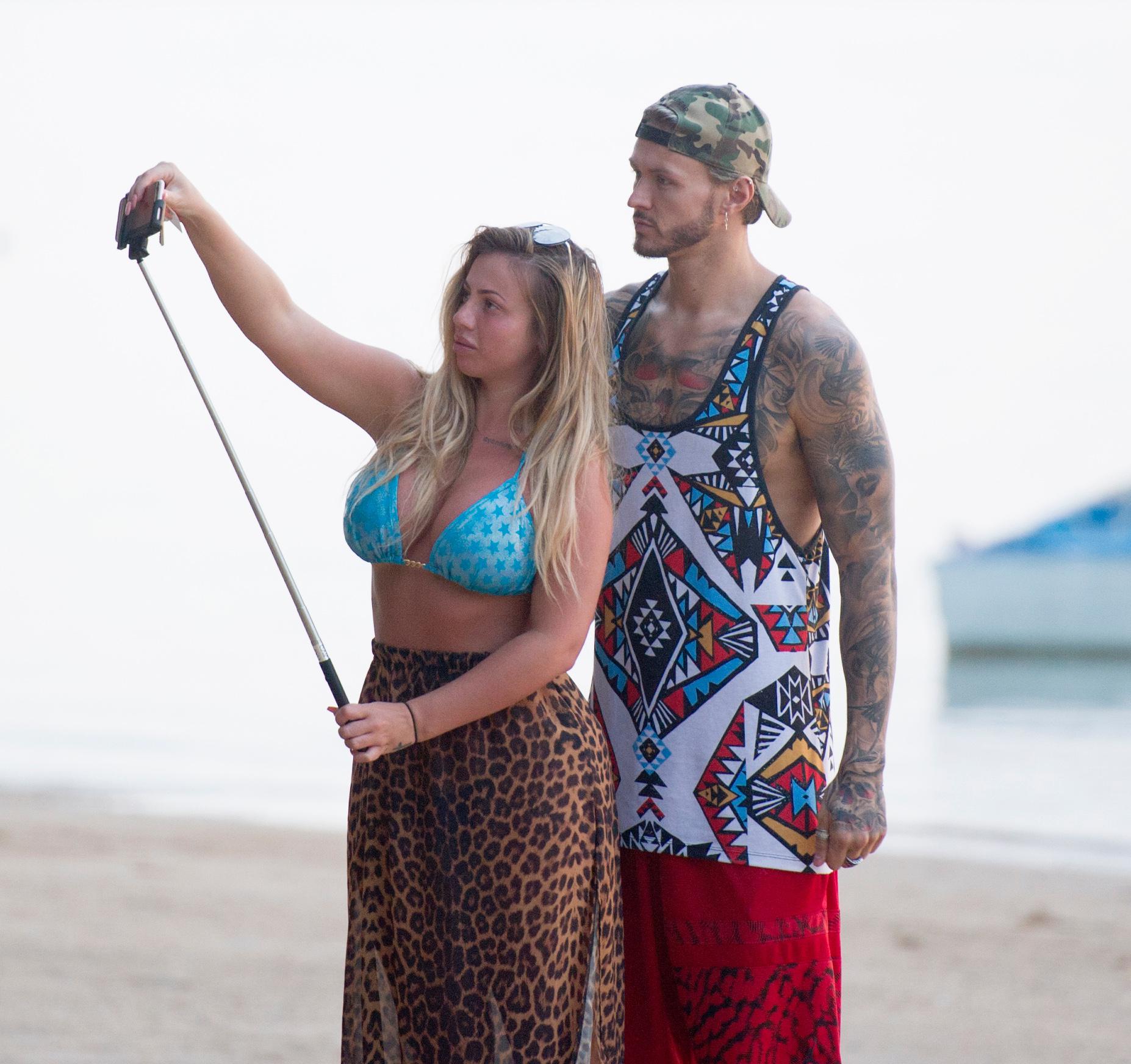 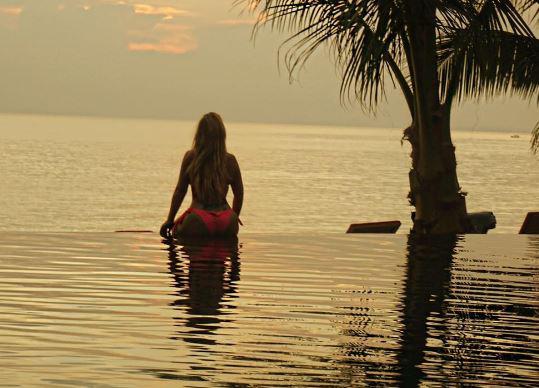 Kyle, dressed in an eye-catching vest, stood close behind as they balanced on board.

Earlier in the day, the former MTV star stripped to zesty orange bikini pants and shared the glimpse of her pert bum with her Instagram followers.

The shot shows Holly with her back to the camera and her derriere peeking out of the water of an infinity pool, set against the glistening backdrop of the sea.

The former reality star captured the shot with the word: "Paradise," and a palm tree Emoji. 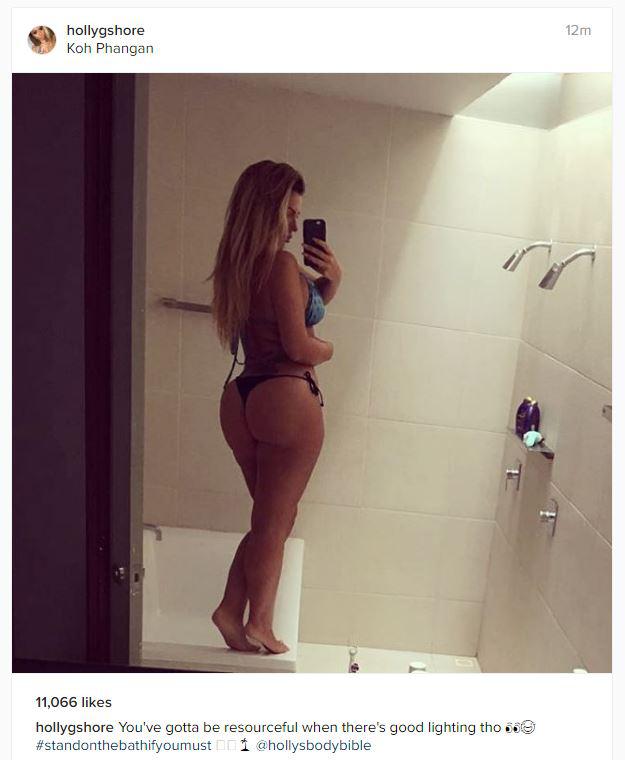 Her beach-ready booty was again on display as she posed for a picture in the hotel shower, this time switching back to her blue bikini with black tonged swim pants.

Cheeky Holly poked fun at the quirky photo setting and wrote: "You've gotta be resourceful when there's good lighting though."
She rounded off a busy day on her Instagram page with a smiley shot showing her and Kyle looking a picture of happiness as they sat back-to-back, both facing the camera.

Both had huge Cheshire Cat-style grins splashed across their faces as they posed. 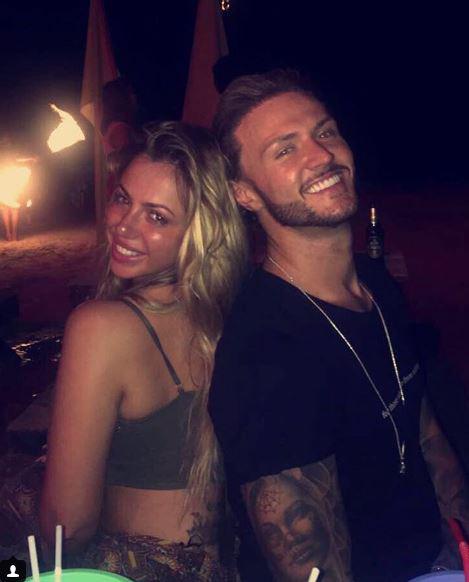 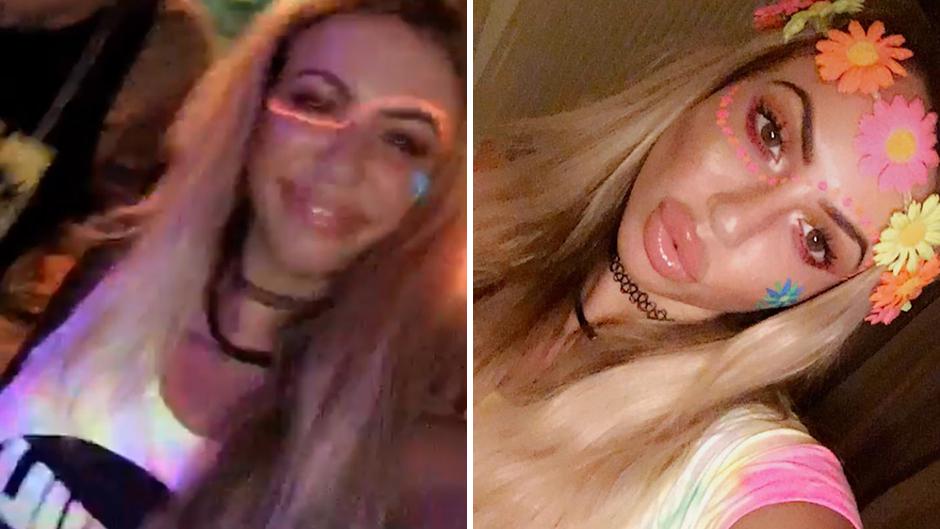 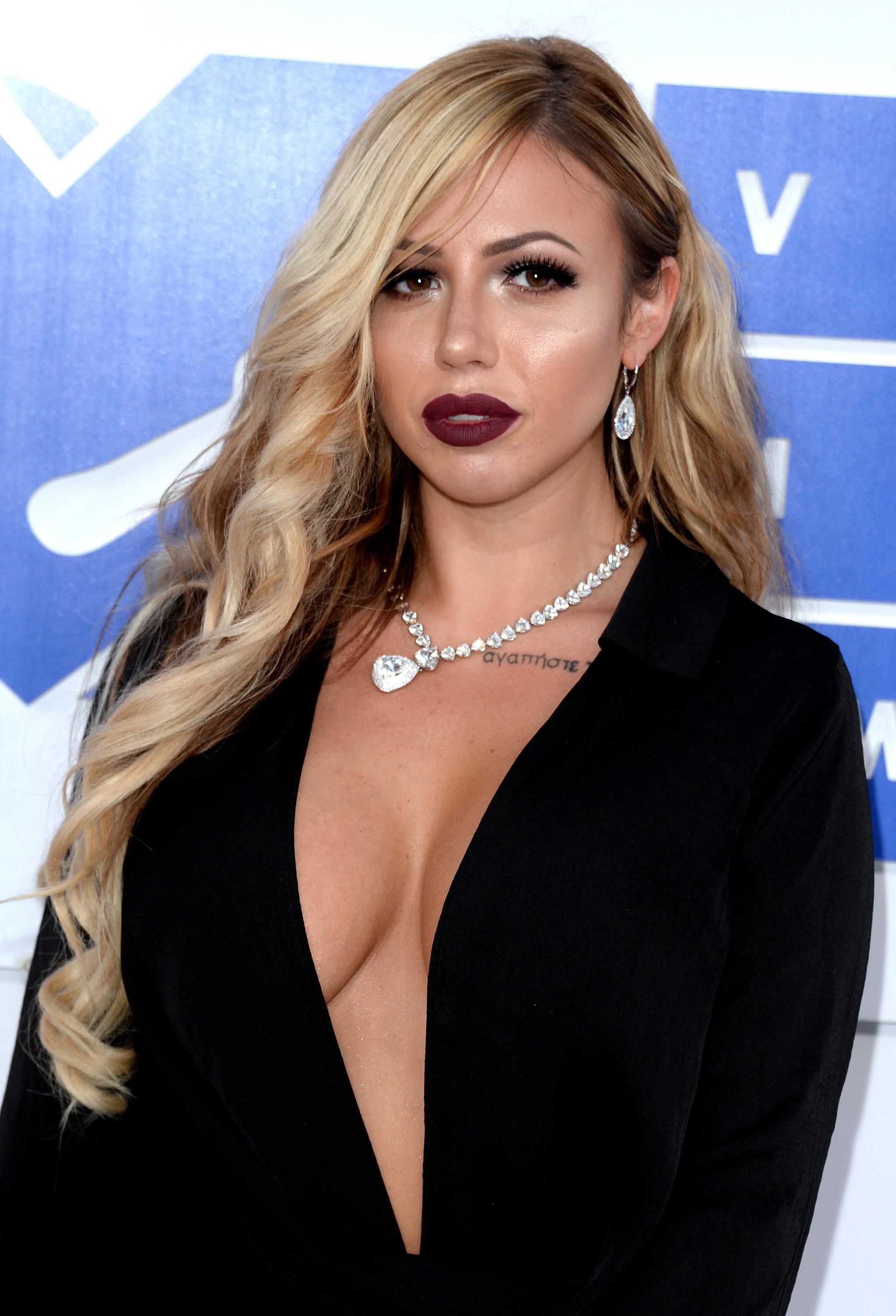 'scariest flight of my life' 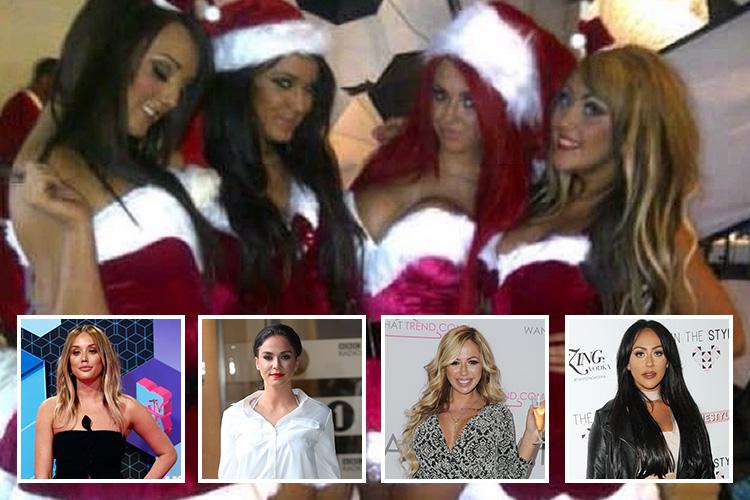 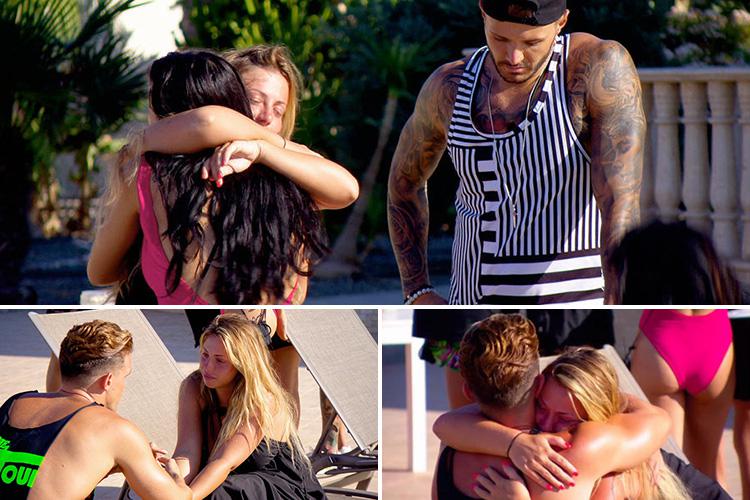