Home » TV and Movies » Hitmen on Sky location: Where is Hitmen filmed? Where is it set?

Hitmen is a new series coming to Sky which is about two misfits who accidentally stumble into a career of contract killing. Fran (played by Sue Perkins) and Jamie (Mel Giedroyc) are best friends who have been working together under the orders of the mysterious Mr K. Here is everything you need to know about where the series was filmed and where it was set.

Where is Hitmen on Sky set?

In the series the two best friends, who are hired as hitmen, are based largely out of their rundown van.

Their antics and constant bickering mean their hits are more often than not derailed and they rely on others to rescue them from sticky situations.

Each episode and new hit is a springboard for the heroes to get caught up in a series of bizarre situations.

Speaking about the new series Mel Giedroyc said: “There’s a lot of us chatting in our rusty old van, which is like our office, our haven and our HQ.”

The van is of particular significance in the series as Jamie loves the vehicle as a place to hang out with her best friend.

Sky said: “While for Fran the van is a convenient refuge from a dysfunctional home life, for Jamie it’s primarily somewhere to have a laugh.” 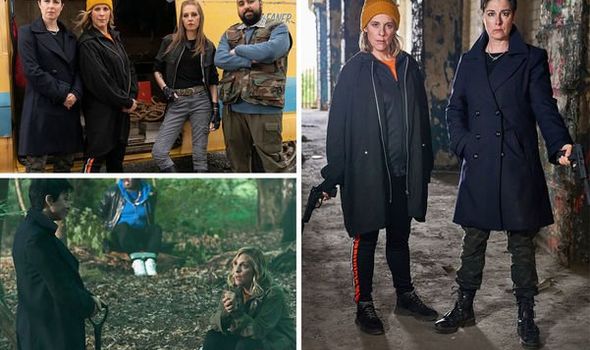 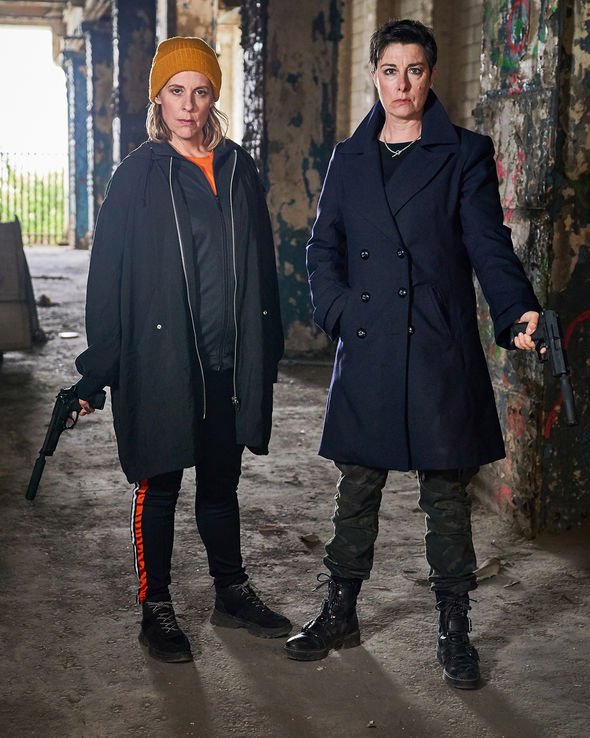 Where is Hitmen on Sky filmed?

There is not much information available on where the series was filmed, but according to IMDb the filming location was West London Film Studios.

Sky has confirmed filming took place in the Dorset area. Filming started earlier in the year and wrapped up around late spring.

One of the episodes is shot in the woods, with another being shot in some sort of abandoned warehouse or stock room.

Joe Markham, who created and wrote the series, got locked in one of the mobile toilets for six hours during filming. 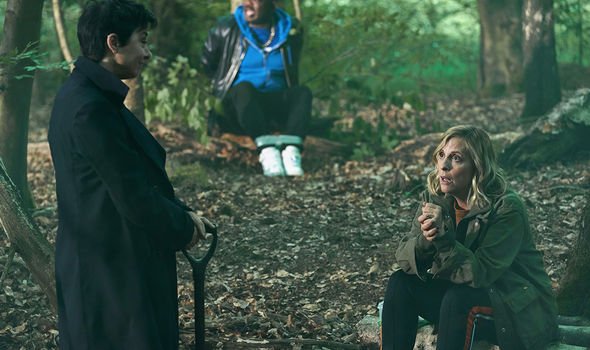 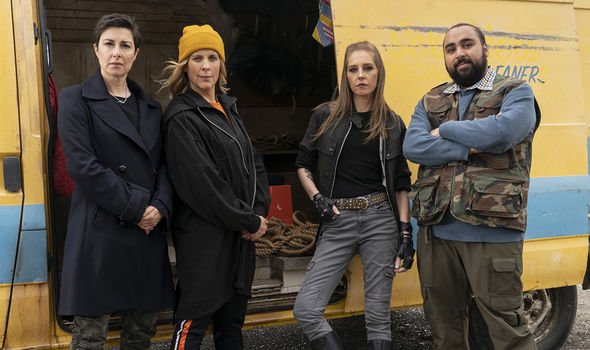 Speaking about whether they carried out any research before writing the series, Markham and his co-writer Joe Parham said: “No. None at all. Actually, we did spend a bit of time on the

“But then we found a couple, got scared and decided just to make it all up instead.

“Initially, we wanted to come up with an idea we could make ourselves as a web series. So a premise that involved two people sitting in a van felt cheap and relatively doable.

“We were also both working as private tutors at the time, so the concept of doing something that involved being sent on various jobs by mostly unseen (and probably quite dodgy) bosses was something we were very familiar with.

“That stuff fed itself into the Play-doh factory of our minds and what got squeezed out was Hitmen.”

The series was produced by Arnold Widdowson, who said Mel and Sue had been very hands on editorially, and worked a lot with the writers.

He said: “It’s hard to overstate how important that off-screen relationship is. It does a lot of lifting for their performances because they bounce off each other and have such an effortless chemistry.

“They can draw on 30 years of working together. When you’re trying to make a show with them at the heart, that’s hugely beneficial.

“It does a lot of the work for us, because it’s there already.”

Mel and Sue met at a comedy gig in the 80s and there was an instant friendship, with the pair going on to perform together in a number of TV series.

“We’ve been associate-scripting for a year, off and on. Certainly, we had a big hand in the back stories, and there are lots of lines that we might have contributed to, but the stories, which are so strong, are all from the writers, Joe and Joe.

“I don’t want to take anything away from them, they are brilliant. The precinct is just so well drawn, that you can then just add on bits.”

The first episode, called Birthday, sees Fran celebrating her birthday from inside the van with Jamie and a corrupt lawyer they have held hostage.

Hitmen is available to watch on Sky One from 10.30pm on March 25