Hilary Duff has unleashed a war on Disney for a good cause. The actress broke her silence on the issues with the Lizzie McGuire revival that halted production after only producing two episodes. After the star of the series seemingly shaded executives, Duff posted a more extensive response explaining the struggles in continuing the show. Fans are now worried that she reboot will be canceled altogether. 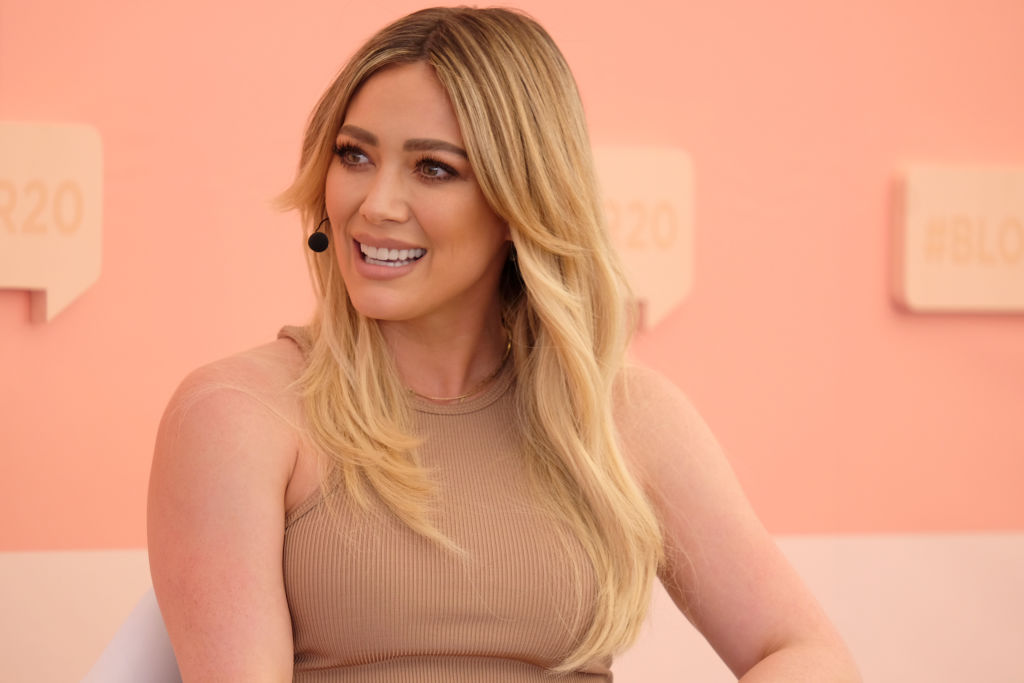 Why did they stop production?

At the beginning of this year, news broke that the Lizzie McGuire revival had halted production after only two episodes. At the same time, it was announced that the series’ creator Terri Minsky was always stepping down as showrunner.

“Fans have a sentimental attachment to Lizzie McGuire and high expectations for a new series. After filming two episodes, we concluded that we need to move in a different creative direction and are putting a new lens on the show,” a Disney spokesperson told Deadline in a statement in January.

There were no further statements made by Disney or anyone involved in the series. Production for the show stopped as Duff took time off for her honeymoon.

Another Disney+ series moves to Hulu

Everything in the Lizzie McGuire universe was quite, until this week. Disney+ announced that the Love, Simon spin-off produced for the streaming service would be moving to Hulu.

The 10-episode show would make the change because the themes that Love, Victor would tackle were not “family-friendly.” Disney+ has a very specific demographic that they want to target for the digital platform and executives believed the series was better suited for their sister streamer.

Duff was one of many that reacted to the news and made her reaction public on her Instagram Stories.

“Sounds familiar,” she wrote along with a screenshot of the article she read.

When the frenzy around the future of the Lizzie McGuire series started, Minsky broke her silence. She explained what led to her exit from the show and what she wished Disney+ would do with the series.

“I am so proud of the two episodes we did,” Minsky told Variety. “Hilary has a grasp of Lizzie McGuire at 30 that needs to be seen. It’s a wonderful thing to watch. I would love the show to exist, but ideally, I would love it if it could be given that treatment of going to Hulu and doing the show that we were doing. That’s the part where I am completely in the dark. It’s important to me that this show was important to people. I felt like I wanted to do a show that was worthy of that kind of devotion.”

I feels so basic saying something that’s been shouted at me almost my whole life buuuut……hey now, hey now✨

Following fan reactions, Duff took to Instagram once again to address the controversy around Lizzie McGuire.

“Was incredibly excited to launch Lizzie on Disney+ and my passion remains,” she wrote in an Instagram post. “However, I feel a huge responsibility to honor the fans’ relationship with Lizzie who, like me, grew up seeing themselves in her.”

Duff openly asked Disney to allow the fictional character to be a grown woman and not be stuck in the past.

“I’d be doing a disservice to everyone by limiting the realities of a 30-year-old’s journey to live under the ceiling of a PG rating,” Duff continued. “It’s important to me that just as her experiences as a pre-teen/teenager navigating life were authentic, her next chapters are equally as real and relatable.”

The former Disney Channel star made the petition to allow Lizzie to live on Hulu just like Love, Victor.

“It would be a dream if Disney would let us move the show to Hulu, if they were interested, and I could bring this beloved character to life again,” Duff ended.

With all the polemic around Lizzie McGuire fans feel that Disney might just pull the plug of the series and won’t be able to see the show anymore. However, after Duff’s first message on Instagram, a spokesperson for the company said they were still working on the series.

“We paused production on Lizzie McGuire a few weeks ago to allow time for some creative re-development,” the spokesperson told Variety. “Our goal is to resume production and to tell an authentic story that connects to the millions who are emotionally invested in the character, and a new generation of viewers too.”

As of now it is not known if Disney will move the show to Hulu or keep it PG for Disney+ viewers.