Soap fans will soon see footballing legend Harry Redknapp take a trip to Albert Square. He’s turned his hand to acting and will be making a cameo appearance in BBC’s EastEnders. In a recent interview, Harry revealed he’s always been a fan of the show.

Former football manager Harry is set to show off his acting skills as he makes a cameo in EastEnders.

New pictures from an upcoming episode of the BBC soap shows Harry surprising the residents of Walford.

He’s set to shock EastEnders regulars as he arrives in Albert Square and even pops into the famous Queen Vic for a pint.

The acting shouldn’t be too tricky for Harry, as the former Tottenham manager will be playing himself on the soap. 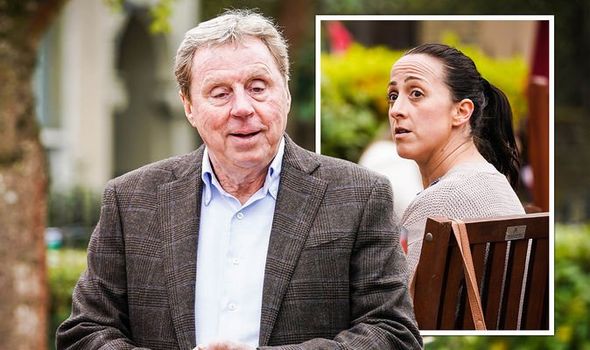 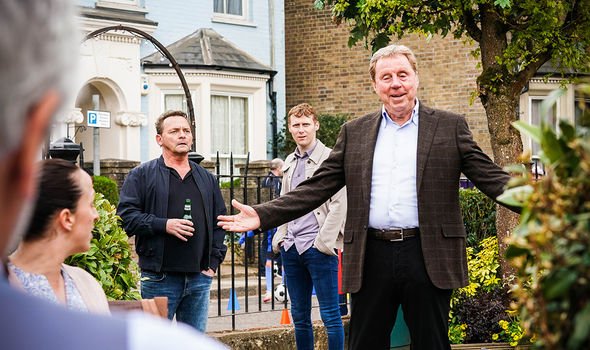 He’s set to feature in the episode as he visits his good friend Terry ‘Rocky’ Cant, a recently introduced character played by Brian Conley.

In the upcoming scene of his arrival, Walford residents look on in disbelief as Harry strides into Albert Square while they’re watching the Euros.

After he’s greeted by his old friend Rocky, Harry heads to the iconic Queen Vic pub and enjoys a chat with Mick Carter (played by Danny Dyer).

Harry’s appearance in EastEnders will line up nicely with the football, as it is set to air on Friday, July 9 on BBC One, ahead of the Euro 2020 final. 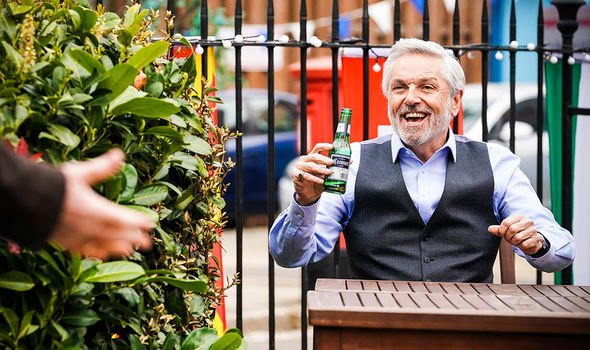 In a recent interview, Harry opened up about his role on the popular soap, saying: “I just thought I’d pop into the Vic for a pint.”

Harry even confessed he’s been a fan of EastEnders for many years, adding: “I’ve watched it so many times over the years, so to be here is just fantastic.”

But, it seems Harry isn’t the only big soap fan in the Redknapp household.

“My missus don’t miss it. It’s her favourite,” Harry told The Sun.

Upon hearing the news that Harry will soon be starring in the soap, many fans took to Twitter to share their thoughts.

One viewer commented: “Harry Redknapp will be iconic I can’t wait for his apperance in #Eastenders #ThisMorning” [Sic]

A second fan agreed, adding: “Looks like it’ll be fun!”

“I’m actually really excited about the prospect of Danny Dyer, Brian Conley and Harry Redknapp having a scene together. The EastEnders-ness will be off the scale. It sounds like the sort of ridiculous fun I need in my life right now,” another fan added.

Harry also spoke out about his casting in EastEnders, during an interview on BBC’s The One Show last month.

Presenter Alex Jones quizzed the sporting star about his upcoming cameo in the soap.

She said: “You have been doing a little bit of acting yourself for the small screen, tell us all.”

Harry Redknapp’s EastEnders cameo will air on Friday, July 9 on BBC One.