Home » 'Guess Who?' Game Show Adaptation in the Works at NBC

Project is produced by Hasbro’s eOne and Endemol Shine 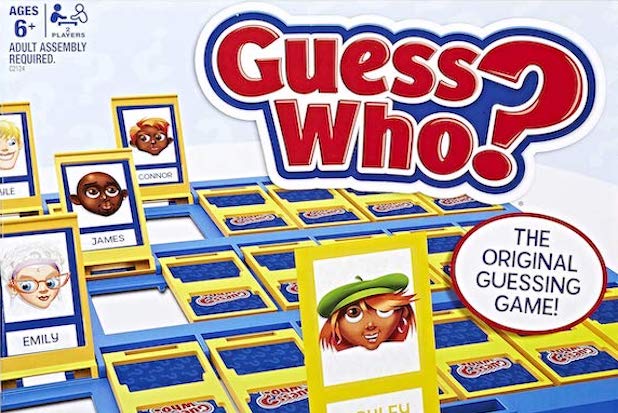 A TV series adaptation of the Hasbro board game “Guess Who?” is in the works at NBC, TheWrap has learned.

Produced by Hasbro’s Entertainment One (eOne) and Endemol Shine North America, the game show would feature contestants making snap judgements based on intuition and clues in an effort to win cash prizes in each episode.

“Guess Who?” was first released by Hasbro in 1979 and has since become one of its most popular board games, and is sold in more than 28 countries around the world. In order to win the game, players must choose a card with a mystery character on it and try to guess each other’s characters using only yes-or-no questions to learn their physical features and figure out their identities.

The “Guess Who?” TV show project has been in the works since 2019 but only recently went into the early stages of development at NBC.

The potential “Guess Who?” series joins a list of small and big screen projects based on Hasbro games, including an animated “Clue” TV series in development at Fox, film and TV adaptations of “Dungeons & Dragons,” and a scripted “Risk” TV series from “House of Cards” creator Beau Willimon.