The photo of Gogglebox stars Giles and Mary with their two daughters has been posted on an Instagram fan page. The photo shows a much younger Giles and Mary holding their adorable daughters in their arms. The daughters have never been seen on the Channel 4 show so the black and white photograph caused quite a stir on social media.

One fan commented: “Great pic didn’t know they had daughters.”

A second said: Would love to see them all now and do they have grand kids?! Imagine them being your grandparents!“

A third added: “What a beautiful picture. I just think they are the funniest couple I enjoy watching them.”

Others were quick to compliment the couple on their youthful appearance, one said: “Giles looking very handsome.” And another replied: “Mary hasn’t changed at all!” 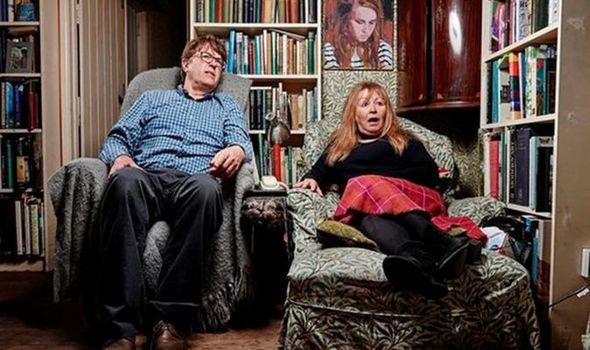 Giles Wood and Mary Killen, who have nicknamed each other ‘nutty’, first appeared on Gogglebox in 2015. The couple quickly became fan favourites thanks to their dry humour and hysterical TV commentary.

The couple have been married for more than 30 years and their two daughters are now adults.

One of their children was meant to appear on the show alongside Giles, but they decided to stay out of the limelight.

When Giles and Mary met at the age of 21, Mary was a model and Giles was studying at Wimbledon Art School. 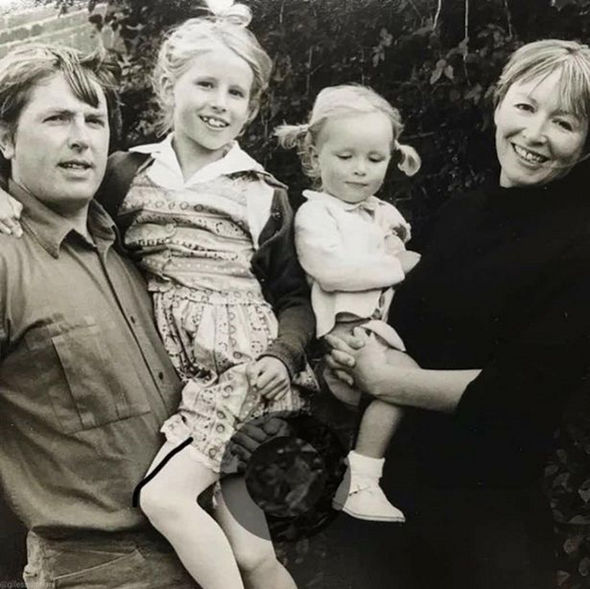 Mary recently admitted there has been some tension in their home due to the current coronavirus lockdown restrictions.

The television personality divulged that although she recently realised Giles is “busier than he looks,” they haven’t stopped bickering in the past few months.

She said: “The arguing has remained steady over all the lockdown, however.

“Giles is not allowed to knock on the kitchen ceiling (the bathroom is above it) to ask what I am doing in there but he still does.

“He is not permitted to shout from whatever room he is in instead of coming to the room we are in to ask for what he wants, eg, ‘Where is the coffee?’, meaning I have to shout back ‘In the place where it’s kept’, but he refuses to comply.”