The ITV breakfast show were laughing at a clip circulating of a Middle Eastern journalist video calling into a news channel with a suit on the top half and his pants on the bottom. 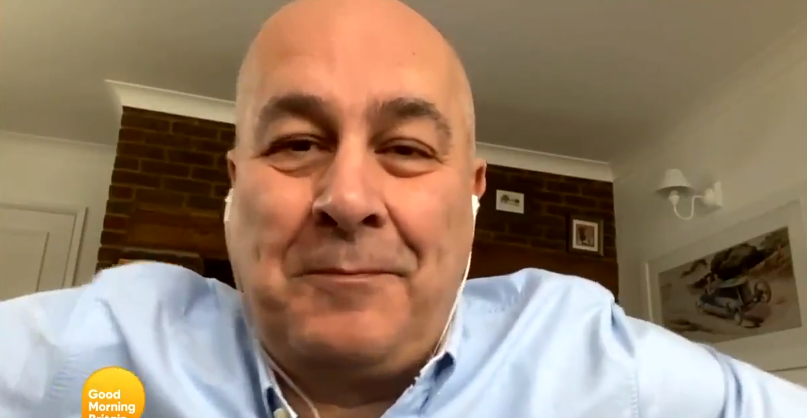 LBC's Iain Dale phoned in for a segment on working from home due to the coronavirus.

The broadcaster has diabetes and so has an underlying condition that makes him part of an at-risk group.

At the end of the interview, Kate Garraway and Ben Shephard asked Iain to stand up to see if he was dressed down.

Iain said: "You want me to stand up?"

Kate replied: "I want to see what's going on below Iain."

Iain then stood up to show off his grey trackies he was wearing underneath his blue shirt.

Fans were in hysterics, with one person saying: "A much needed moment of humour when our regular Friday pundit Iain Dale reveals a benefit of working from home & Skypeing in: #wfh"

Another added: "At least he had something on other than yesterday's underpants .."

Iain himself said: "I imagine everyone is now rushing to record ITV+1 at around 8.30am…"

Kate said: "I'll tell you what Iain, that was almost a very big rev- wow."

Ben said: "Even the camera fell over in celebration." 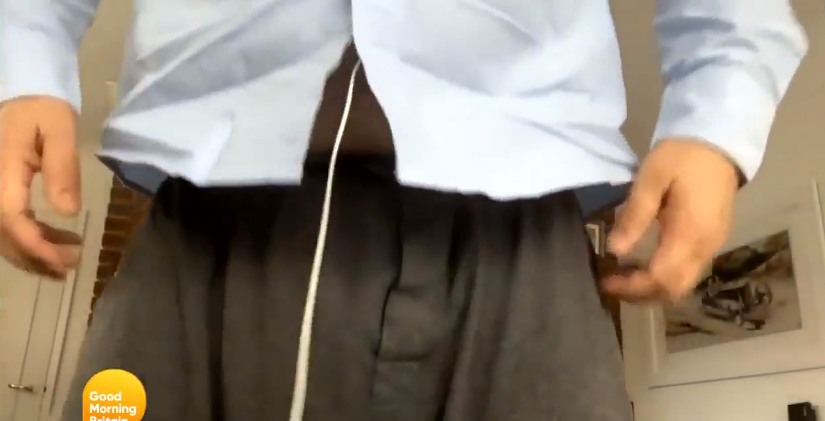 Iain isn't the only person turning up to work dressed down as celebrities take advantage of working from home.

Stacey Solomon was left red-faced yesterday after being caught wearing her pyjama bottoms to work on Loose Women.

The presenter was properly dressed from the waist up – but it was a different story underneath the desk.

Her secret was exposed when Stacey took part in a remake of Queen's I Want To Break Free music video. 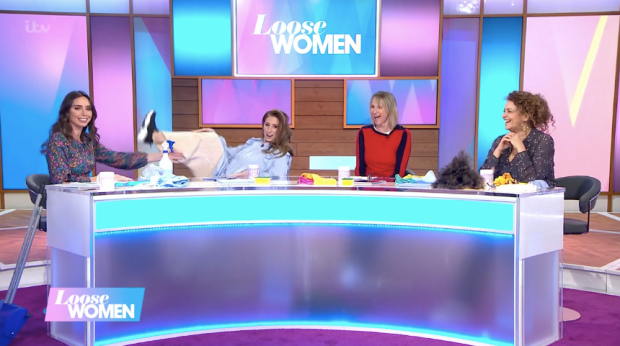 She danced around the studio with a hoover after the break – but had to own up to what she was wearing.

Stacey said: "The worst of it is that I kept my pyjama bottoms on because I didn't think we'd be getting up from the desk."

Her co-star Nadia Sawalha said: "That's what Stacey was most excited about for today. She told me 'we're not walking in so I can wear my pyjamas'."

Stacey was wearing beige baggy bottoms with a dress over the top.