Home » GMB abandons Ben Wallace interview after he snaps at Susanna Reid Who said this?

Ben Wallace joined the Good Morning Britain hosts via video link for his interview but Susanna Reid barely asked her first question before she was forced to abandon the interview. After she asked about the allegations Prime Minister Boris Johnson said “let the bodies pile high,” with regards to the coronavirus pandemic, Wallace’s response was cut off due to technical difficulties.

“Hey Susanna, can you tell me exactly who said that?” Wallace snapped.

Reid had to step in as she commented: “Oh we have a terrible connection. No I can’t tell you exact;y who has said it.

“It is a claim in the Daily Mail, this is the quote according to the source.”

As it became clear Wallace’s connection was not strong enough to continue, Reid and Ray were forced to move on. 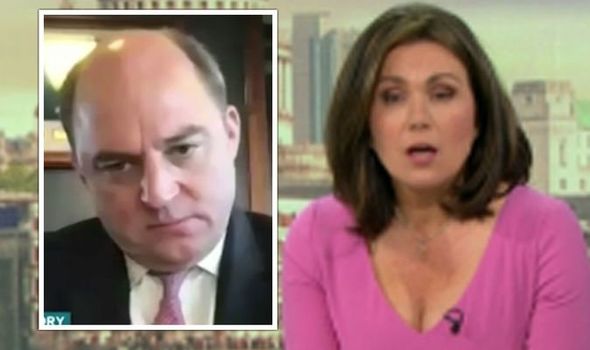 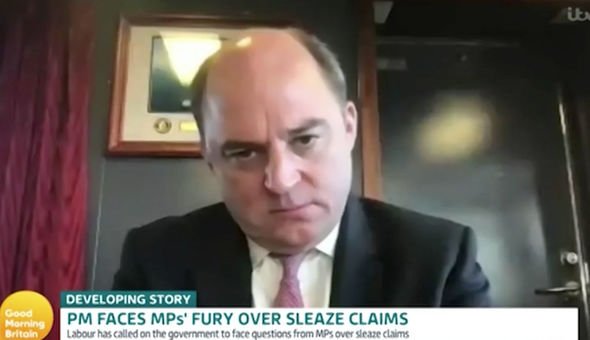 The presenters turned to Andi Peters to present the competition before later returning to Wallace.

A third continued: “Is this guy on dial up? #GMB,” as someone else joked: “Pretending he didn’t hear…#gmb.” 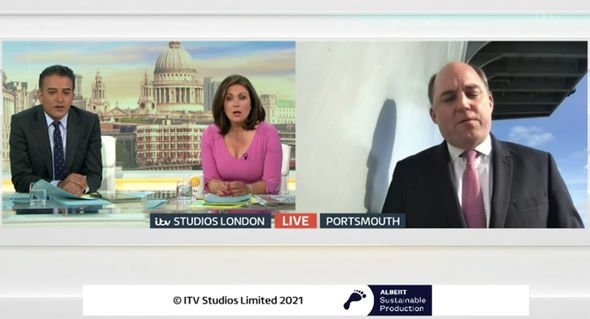 Wallace was later able to join Reid and Ray to address the reports Mr Johnson said he would rather see bodies pile high in their thousands than have a third lockdown.

“It is a very damaging claim to put to the Prime Minister, especially if people believe he was capable of saying it Ben Wallace,” Reid commented.

Wallace replied: “I have known the Prime Minister for years, for many, many years, longer than most of my colleagues.

“The Prime Minister is many things but he is not a cruel person. He would never treat any human life like that.

“I think the key about that quote is it’s unsourced, it doesn’t say who said it.

“We’re getting into a space now with some of these issues that people are throwing around claims without any reference or ability to be challenged.

“The Prime Minster has denied saying that and other people around him have denied him ever saying that.

“I think what we should look at is he has spent day in and day out like many of us, trying to deliver the best response to this Covid crisis.”

Wallace continued: “It isn’t easy balancing life and livelihood, it isn’t easy dealing with a once in one hundred year pandemic that is claiming lives.

“I think he has a done a particularly good and hard job. He has always having to balance but he has taken the right decisions.”