Mr Dale, 58, and Ms Smith, 58, joined Kate Garraway, 54, and Alex Beresford, 40, on Good Morning Britain in light of the local elections taking place across the UK on Thursday. To start off the debate, Garraway asked her guests to give their analysis of the Labour Party losing the hotly contested Hartlepool seat to the Conservatives. However, the former Strictly Come Dancing contestant was more interested in being allowed back into the ITV studios but Dale wanted to bring the conversation back to politics.

This was the first time the guests had been allowed to sit in the same location with the presenters in over a year due to the rules implemented as a result of the pandemic.

After Garraway posed a question to the former Home Secretary about the election results, she replied: “The good news today is me and Iain are back in the studio.”

The studio erupted into applause and laughter as the ex-MP managed to deflect from the conversation about politics.

“That’s called clutching at straws, I think,” Dale remarked, with Garraway adding: “That is terribly good news for us.

“You’re right and I bet you’re also very glad that you’re an MP or in the Labour Party,” the presenter told her guest. 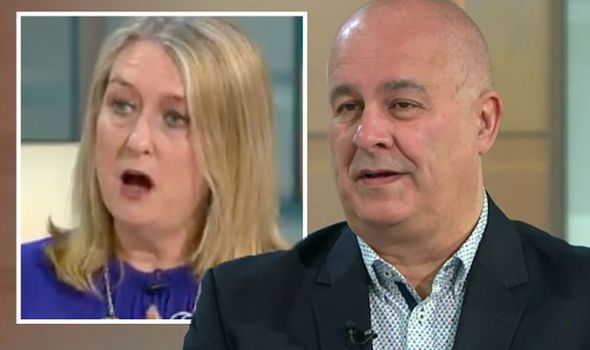 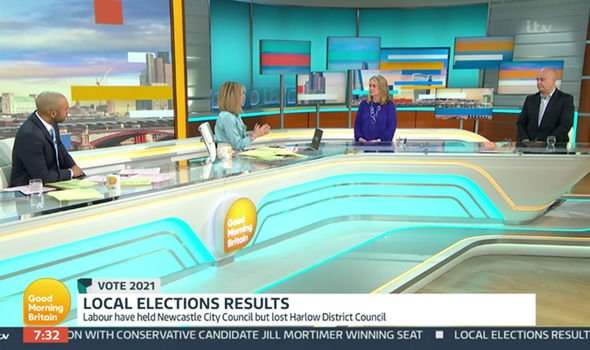 “Although, you’ve given me that job to do, haven’t you?” Smith said to which the host agreed she had.

“Fair enough,” the former politician replied but Dale snapped as he seemed to be getting impatient about the defection from the debate.

“Come on, get on with it,” the LBC radio presenter told his co-star, although it was in jest as he sat chuckling away.

Garraway commented: “Look at Iain’s grin,” before Smith added she thought the elections had been “terrible” for the Labour Party. 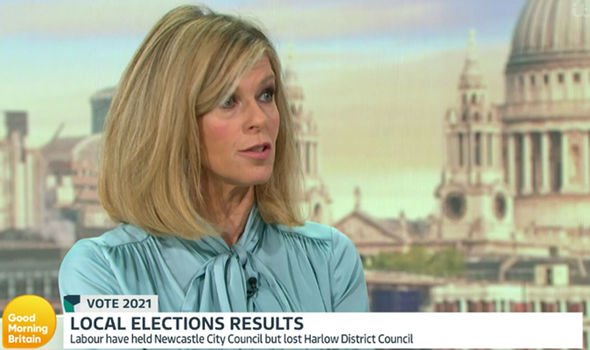 Come on, get on with it

Discussing the elections in a little more depth, Garraway also touched on the impact of the pandemic as she told her guests: “All sorts of people saying the economy is going to grow at a record pace.

“And that’s not just Rishi Sunak saying that so people have a sense of this is a good time and we’re going to get back on our feet.”

“The NHS has rolled it out, absolutely right but the Government put the conditions in place to make that happen and invested in the vaccine.” 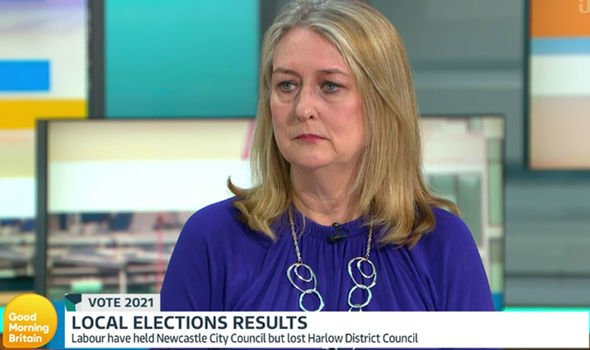 “Actually, they went out on a limb compared to other countries in terms of the rollout,” Dale continued to explain.

“And that is what I think people are seeing now. There’s a bit of a Falkland’s factor feeling in this,” he added before Smith interjected.

“Let me raise another point as you mentioned Rishi Sunak, it is clear the Government strategy or story with those Red Wall seats has been about investment and jobs.

“They haven’t had the chance to prove whether or not they’re going to do that and clearly that played well in places like Hartlepool.”

Smith added: “I do think there is a difficult challenge for the Government. They’ve been very willing and rightly to spend taxpayer’s money during the pandemic.

“I think the Tories will find it quite difficult to carry on spending at that level going into the future, much as I think they ought to.

“They ought to invest in those seats and things are not going to carry on being as positively, sunny upwards as they are at the moment.

“And that’s when I think politics will get back to normal and that’s when Labour needs to have the answers to the questions being asked about the future.”