Home » TV and Movies » 'General Hospital' Star Genie Francis: Is She Married and What is Her Net Worth?

As daytime soaps are airing a mix of classic and new episodes during the coronavirus quarantine, nostalgic memories from each series are creeping up in some fans’ minds.

Those memories include the history of certain characters and the actors who play them. Who doesn’t know Luke and Laura from General Hospital?

Laura is one of the most beloved characters on the soap and Genie Francis turned her into a legend when she took on the role in 1977.

She’s appeared in General Hospital on and off for the past 40 years, and also had stints on other daytime shows such as The Young and the Restless and Days of Our Lives. Here’s a look at Francis’ career, relationship, and net worth. 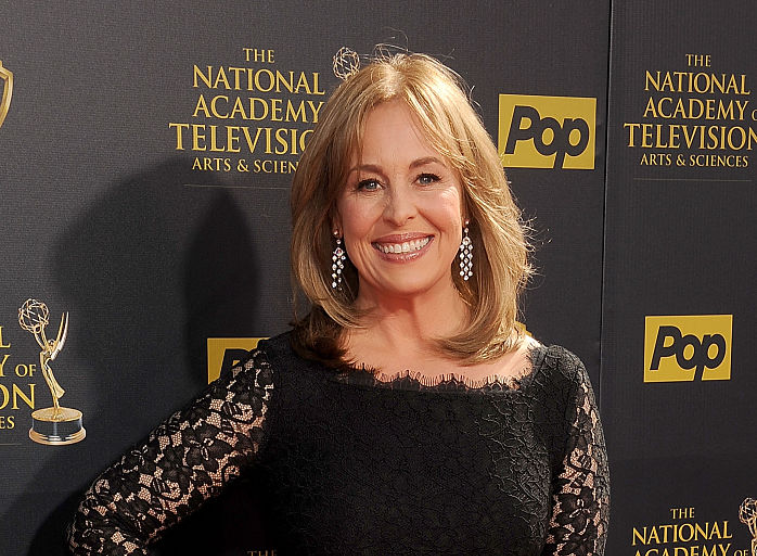 When did Genie Francis begin acting?

General Hospital fans probably know that Francis entered the show when she was about 15 years old, and her character married Luke in a monumental TV event in 1981. She was just 19. Prior to that, Francis had a guest spot on the show, Family.

Francis recalled the difficulty of being a child actor in anadult environment during an interview with the PhiladelphiaInquirer.

“Letme tell you what happens to a girl that age. She’s on the set 52 weeks a yearin a completely sealed environment. She’s tutored one-on-one, and has nointeraction with her peer group. She doesn’t have to go to school or negotiatethrough the difficult teen years in which other kids get to learn about whothey are socially, which groups they like to gravitate toward or to stay awayfrom, which boys she likes or doesn’t. She doesn’t get to develop lifelongschool friendships that are considered so important that her school will holdreunions for years to come. There’s important, profound development that takesplace during that period, but for child actors our development just stops, yetwe’re living in this adult world we’re not ready for.”

The first time Francis left General Hospital was notlong after the Luke and Laura wedding, and she told Oprah Winfrey that someone toldher something that made her quit. She explained she struggled with alcohol anddrugs and landed in the hospital.

She returned to work immediately, and someone remarked, “Youknow what they said about you? They said it didn’t matter if you lived or diedbecause Tony was the whole show.”

After that, Francis embarked on other acting jobs and she appeared in series such as Bare Essence, All My Children, Murder, She Wrote, and Loving.

In 1993, she returned to General Hospital for a long stretch and attributed that to being more mature, but her other absences always led to fans launching campaigns to bring her back.

Francis is married with children

In 2018, Francis celebrated her 30th wedding anniversary to Jonathan Frakes. According to IMDb, the couple met on the set of Bare Essence, and Frakes himself is a famous actor who’s known for his role as Riker on Star Trek: The Next Generation.

He’s been in numerous TV series and has done voiceover work for shows such as Gargoyles, Guardians of the Galaxy, and Adventure Time.

Francis and Frakes share two children and settled in LosAngeles. They used to split their time between Hollywood and Maine, where they onceco-owned a home goods store.

What is Francis’ net worth?

She’s been a celebrity endorser for Nutrisystem for a few years and has a hidden talent as a painter, but most of Francis’ wealth is due to her soap opera career.

Laura (by all her last names) continues to be huge part of the General Hospital family regardless of whether Francis decides to retire permanently. Her estimated net worth is $25 million per Celebrity Net Worth.