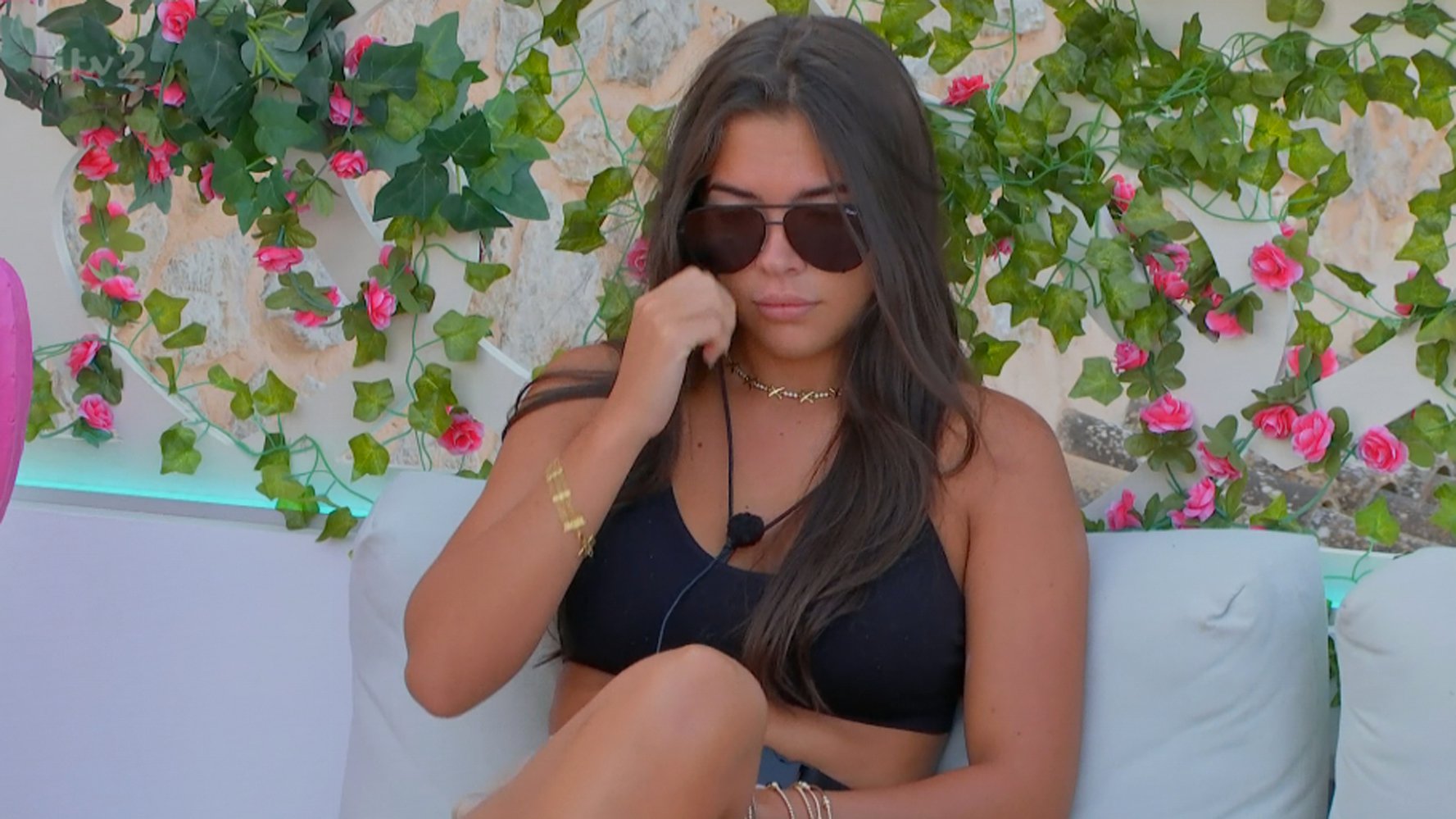 Gemma Owen is ready to quit Love Island just days from the final, according to ex-Islander Lacey Edwards.

Lacey, who was booted from the ITV show within days of her surprise appearance on as a bombshell a week ago, claimed the 19-year-old and her partner Luca Bish, 23, ‘want to get out’ of villa.

In a recent TikTok video she said: ‘With Luca and Gemma, I genuinely think they’re really in love and I think they’re almost over Love Island.

‘They’ve been in there so long and they’ve really found what they’re looking for, they could happily just move out together and go back home together now.

‘They’re over doing the games and challenges.

‘With Luca, it’s playing with his head. He’s like, “I just want my girl and I want to get out of here now.”‘

Lacey was one of four new islanders, along with Nathalia Campos, Jamie Allen and Reece Ford, who stormed into the villa last week.

While she made a romantic connection with well-liked Casa Amor bombshell Deji Adeniyi, the pair were still voted by the public shortly after they coupled up.

The other newbies, Nathalia and Reece, failed to make a romantic connection during their short stay.

Although Jamie managed to couple up with Danica Taylor, they were axed on Wednesday night’s show.

After spending most of Love Island as the favourites to win, cracks started to show in Gemma, who is the daughter of former England star Michael Owen, and Luca this week.

After Tuesday night’s row over the ‘mile high club’ challenge, where Luca pushed Gemma away from him and showed his jealousy over her flirting with other male contestants, many viewers thought the teenager would be done with the ‘protective’ fishmonger.

However, the pair later kissed and made up, and appear to be stronger than ever.

Tonight’s episode will see the contestants face a ‘brutal’ twist as each couple must decide which of their fellow Islander pairings are the two least compatible couples.

The pair at the bottom will risk being dumped from the villa.

Kiss goodbye to your social life – Love Island is back to dominate your evenings, with the new series promising more drama than ever before.

For all the latest updates, visit Metro.co.uk‘s Love Island page.