Arya Stark (played by Maisie Williams) took on a major role in the final season of Game of Thrones as she killed the menacing Night King (Vladimir Furdik). She went on to try and kill Cersei Lannister (Lena Headey) too but she had to abandon that plan when the Red Keep began to crumble. Now, fans are certain Arya was only able to kill so well because she was in fact, Jaqen H’ghar (Tom Wlaschiha).

Arya met Jaqen when she was heading towards The Wall in season two of Game of Thrones following the execution of her father Ned Stark (Sean Bean).

The pair became acquaintances of sorts and over time, Jaqen helped Arya out of a few sticky situations.

As she helped to save Jaqen’s life, he promised Arya the gift of three kills.

He went on to murder three people to help her escape from Harrenhal before revealing he was one of the Faceless Men of Braavos who could change his identity. 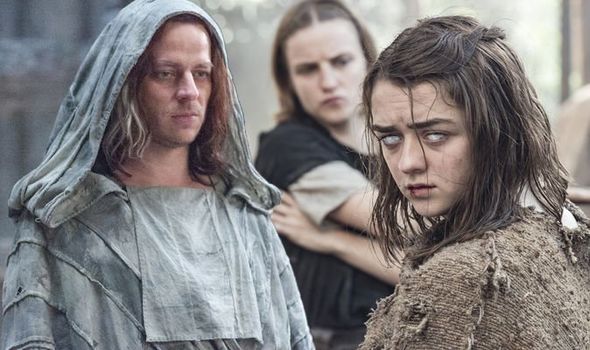 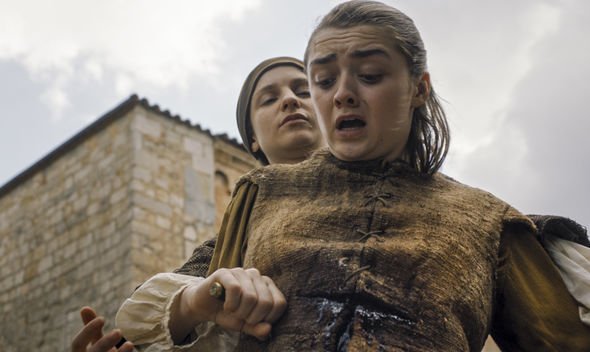 The pair then went their separate ways but Arya later met up with him at the House of Black and White in Braavos.

She wanted to train herself but this time of Arya’s life has thrown up a number of questions and theories.

One major theory is Arya was killed by the Faceless Men, who then went on to use her identity as a disguise.

At one point during her training, Arya is attacked by the Waif (Faye Marsay), and stabbed in the stomach. 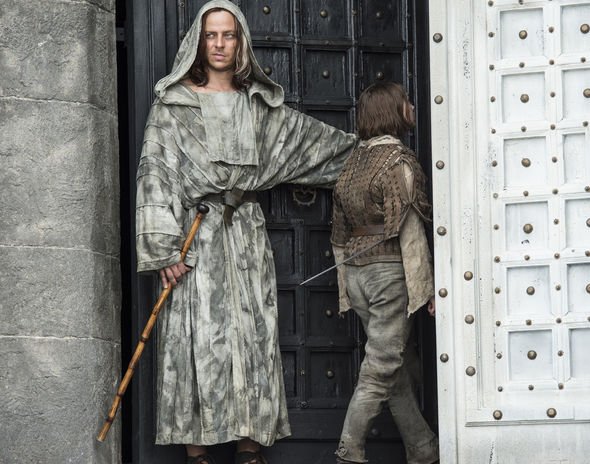 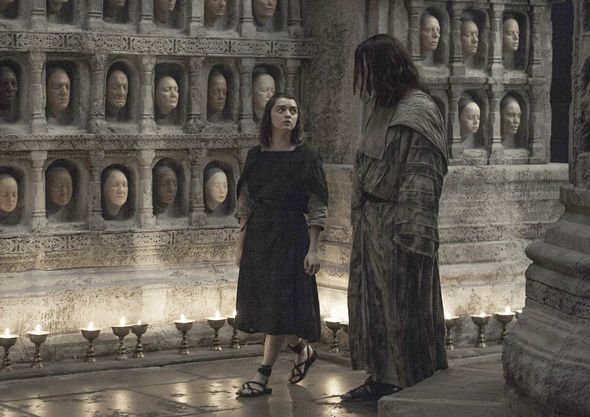 Later, the Waif attacks Arya once more but this time the Stark girl appears to come out on top.

As the fight takes place in the dark, fans aren’t completely certain Arya was truly Arya.

She was seen hanging the Waif’s face in the House of Black and White’s Hall of Faces – but was it really her.

It was then suggested that the Waif did in fact kill Arya and disguised herself as the daughter of Ned Stark.

Furthermore, fans aren’t certain Arya survived her time with the Faceless Men as Jaqen constantly berated her for failing at her training.

She had also gone on to kill someone she was not supposed to, and refused to become one of the Faceless Men herself.

So, what is Jaqen were so annoyed with Arya that he killed her and took her face to use as a disguise.

There are a few plot holes in the theory, for example, why would Jaqen go back to Winterfell?

However, perhaps Jaqen was always supposed to use Arya as a disguise to kill the Night King before rejecting her family – as Arya did in the season eight finale – and head back to Braavos.

Arya saying she was heading East of Westeros could simply have been a cover for Jaqen’s real plan to head back to the House of Black and White.

It’s certainly and interesting theory and it could be plausible but fans would no doubt be devastated if this was the truth.

Hopefully, Arya managed to deceive Jaqen and the Waif before going on to save Westeros from the walkers and army of the dead.