During Tuesday’s Tipping Point, ITV host Ben Shephard welcomed four more players onto the show. The contestants Helen, Callum, Elaine and Gareth had to battle it out against each other in the hopes of winning the £10,000 jackpot. Despite getting off to a rocky start, contestant Elaine had luck on her side as she stormed through to the final round. However, Ben appeared to get a tad frustrated with the retired nurse when she failed to get her final question right.

During the first round, player Callum got off to a great start as he stormed in the lead winning £450 for his cash pot.

Elaine was close behind winning £200, although to begin with, Gareth and Helen failed to win any money at all.

However, it wasn’t long before Gareth caught Callum up by winning £450, and Helen was close behind Elaine winning £150.

By the end of the first round, Gareth stormed into the lead with £550, although, unfortunately for Helen with only £150 in her cash pot, she was sent home by Ben. 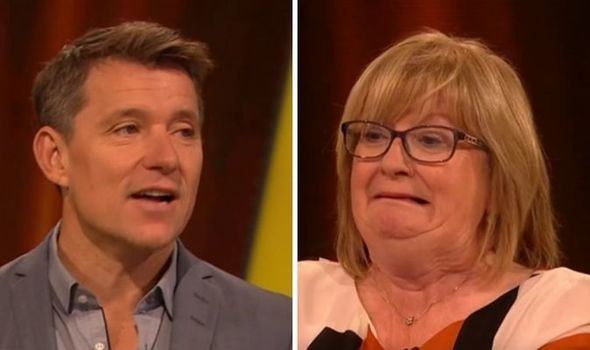 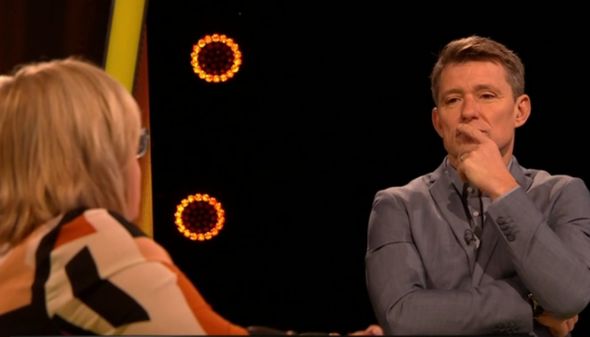 The remaining three players were left to battle it out in the quick-fire question round for a place in the final.

Gareth got off to a flying start after bagging £300 from the Tipping Point machine.

Callum quickly overtook Gareth after he managed to knock down 11 counters in his first drop.

Elaine, who was originally in last place, stormed into the lead with £1,750 after a lucky round with the Tipping Point machine. 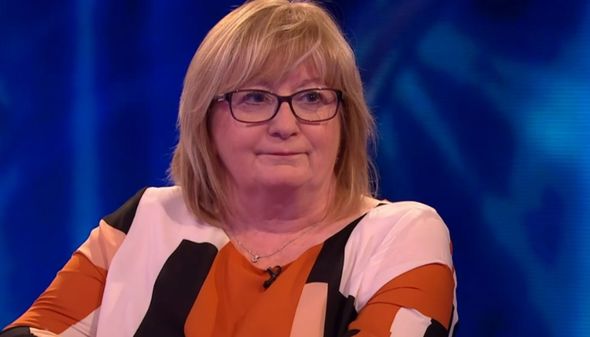 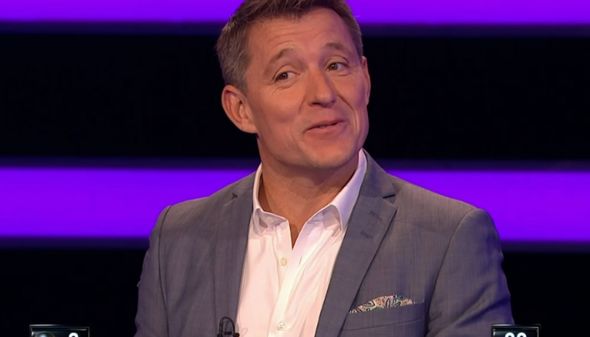 After sending Gareth home, the third round saw Elaine and her opponent Callum battling it out for a place in the final.

Elaine had another lucky round with the Tipping Point machine as she took £2,150 through to the final round – while it was the end of the road for Gareth.

After putting the jackpot counter into drop zone three, Elaine had a very tense final round.

Despite having her luck on her side so far, poor Elaine didn’t do so well when it came to answering the questions.

And this continued right to the end, as for Elaine’s final question Ben asked: “At the 1964 Olympics, Mary Rand won which event to become Britain’s first-ever female gold medallist in athletics?”

The options Elaine had to choose from were, shot put, 400m hurdles and long jump.

“I remember this name even though I was only a wee one at the time,” Elaine replied.

As the green light lit up the correct answer of long jump, Elaine quipped: “As soon as I said it, I knew it was the long jump, never mind.”

Clearly frustrated by Elaine’s mistake and not changing her mind, Ben replied: “Oh, for heaven’s sake, Elaine. We’re out of questions and categories.”

Despite getting the question wrong, Ben went on to ask her whether she wanted to risk her winnings for a chance at winning the jackpot.

In the end, Elaine decided to cut her losses and take what she had won already.