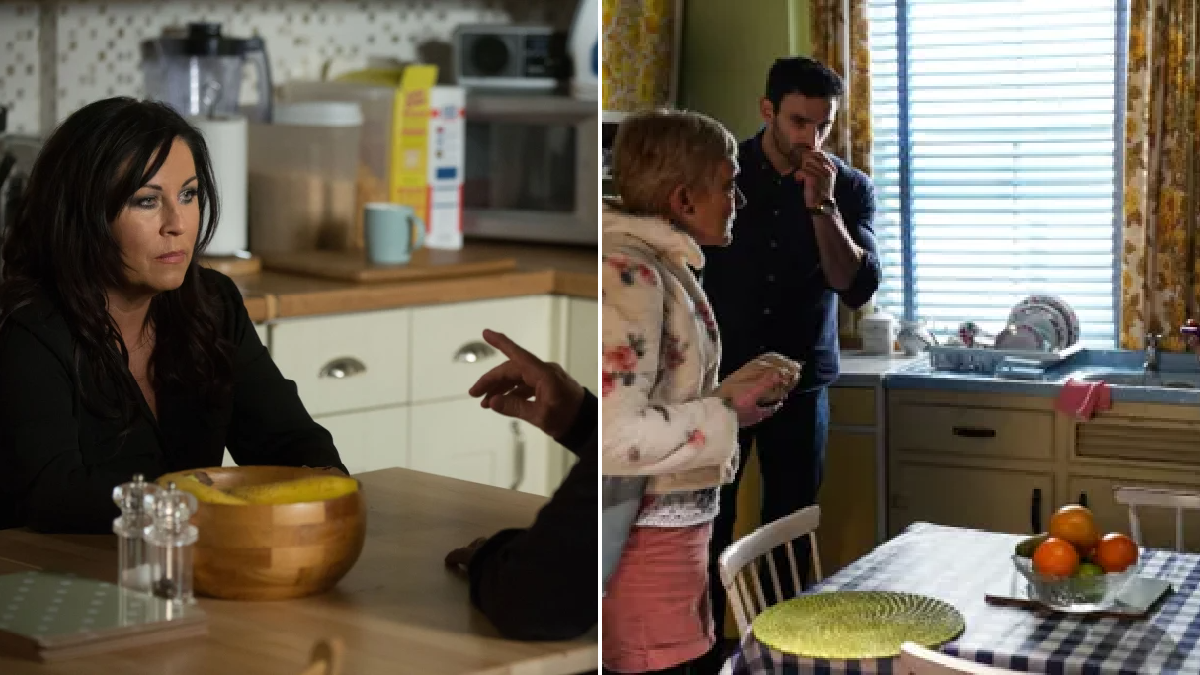 Writer and performer Michael Spicer – known for his viral political videos – has shared a hilarious post that highlights a bit of a mystery in EastEnders.

In the video uploaded to his Twitter, Michael is somewhat bewildered.

Because no matter the drama, the characters in EastEnders always have a bowl of fruit in their kitchen.

What’s that? The focus is on Kat (Jessie Wallace) and Sam’s (Kim Medcalf) feud?

The focus is on whether we can spot how many apples they’ve got in the fruit bowl.

Hilariously, many people on Twitter have asked one very important question.

How else are they going to keep Martin’s (James Bye) fruit stall going?

Now we’ve told you this, we’ll leave you with some beautiful, poignant words from Michael.