Home » Every Theory About Who Killed Erin on ‘Mare of Easttown’

You should tune in to Mare of Easttown on HBO to hear Kate Winslet say “wooder” and live her best sandwich-eating life in Eastern Pennsylvania, but stick around to solve a murder with all the twists and turns and skeletons-in-closets that you desire. Between this show, The Undoing, Big Little Lies, and Sharp Objects, HBO really is in its complicated-women-do-cozy-mysteries era, isn’t it? I love it.

There are a lot of characters in this show, and each one seems to come with a whole laundry basket full of drama, so theories about the murder are likely to change with every week. There are also, like…already so many crimes. At the beginning of the series, Mare is asked to work on the unsolved case of a missing girl named Katie. There’s also a peeper on the loose in town who seems to have rattled folks. These are isolated incidents unrelated to the murder of Erin McMenamin…or are they?

Erin was a young mother scrambling to get money to pay for her son to get treatment for an ear infection. In the second episode, we learn that the paternity of her child might be a dark secret someone in town wanted to cover up (yes, this is basically the same plot as The Undoing), and it seems likely that more secrets about Erin and people around her could be revealed as Mare of Easttown continues. Here are the suspects so far.

The first suspect is always the boyfriend, or in this case, ex-boyfriend. Erin’s ex Dylan shares custody of Erin’s child and doesn’t seem to have a great reputation around town. He also lies to the police about witnessing a fight between Erin and his new girlfriend right before she vanished. But did he have the necessary motive to kill her? We may never know because Dylan was shot (and likely killed) at the end of episode 2.

So let’s talk about Dylan’s new girlfriend, Brianna (Mackenzie Lansing). She comes in hot by threatening, catfishing, and physically assaulting Erin for “texting her man” in the first episode. She’s such a likely suspect, which would have made me think she was a red herring until HBO’s The Undoing…when the obvious killer really was whodunit all along. Welp! So don’t count Brianna out, even as we learn more information. Her father, Tony, also seems aggressive and could have been involved. 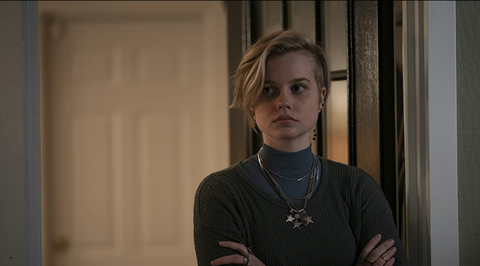 Mare’s daughter, played by Angourie Rice (Spider-Man: Far From Home), is one of the last people who saw Erin alive. She seems too concerned with getting out of Easttown to do a murder, but you never know.

He’s not just suspicious because actor David Denman played Roy on The Office, promise. If Mare’s ex-husband is secretly the father of Erin’s child and Erin blackmailed him to get the money for their son’s medical bills…that’s what I call motive!

We haven’t seen much of the clergymen in town, but the way Mark and Mare’s cousin Father Frank alluded to some after-school program at church that Erin stopped coming to was a major red flag. James McCardle, who plays him, is a theater actor too, which, by Law & Order rules, makes him a suspect. 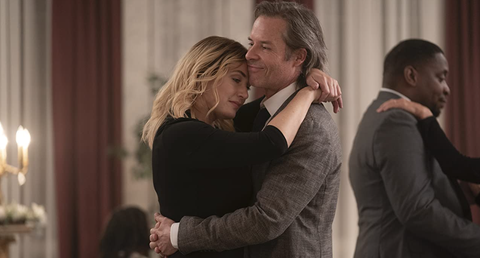 Speaking of Law & Order rules of crime solving, the biggest “name” outside of Kate Winslet on this show is Guy Pearce, who plays a seductive writer who just moved to the area. New in town? Murder? Extremely sus. We know where this is going.

Want more theories and spoilers for your favorite shows? Yeah. We know you do. You can find all of our TV coverage here.