Emmerdale resident Arthur Thomas (played by Alfie Clarke) recently revealed to his mum Laurel (Charlotte Bellamy) he was responsible for the injuries that had appeared on Archie Sharma (Kai Assi). As Arthur continues to struggle with the reality of what he has done, as well as the news his grandfather would be leaving, something else caught the attention of fans of the ITV soap last night.

Earlier this week, Doug Potts (Duncan Preston) revealed to daughter Laurel he would be leaving the Dales behind as he decided to start a new life in Australia.

It came after Doug, Laurel and Arthur had returned from down under as they had paid a visit for Sandy Thomas’ (Freddie Jones) funeral.

The trip seemed to inspire Doug to make the most of the time he had left as he dropped the bombshell on Laurel.

One person who wasn’t happy with the news was his grandson Arthur, who questioned why he hadn’t been asked first. 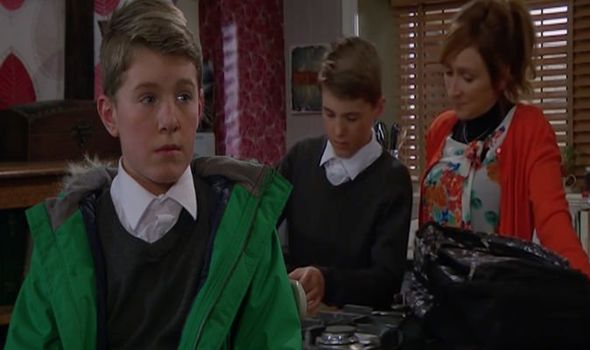 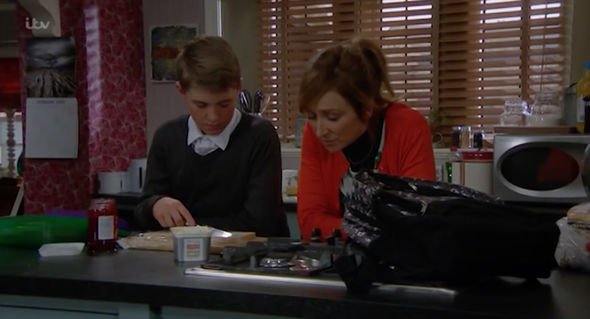 However, sometbhing else got the attention of fans as Arthur prepared his sandwiches for school.

Laurel told him: “Why don’t you go and spend some time with your grandad? So many changes all at once, what with your Grandad’s news and me and Jai getting back together.

“Are you upset that as well? Look, clamming up isn’t going to help, do you remember what I said about talking?” she reminded him.

A clearly hurt Arthur replied: “Grandad should’ve told me himself.” 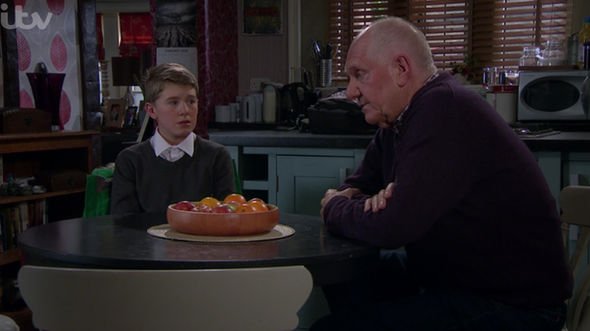 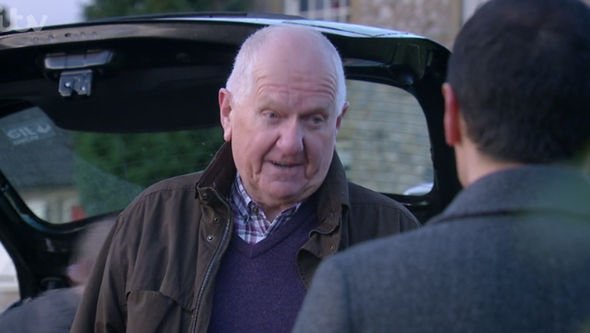 Laurel insisted: “Well he did later, he explained everything last night. Poor Brenda, I don’t think he really believed he was going.”

He then demanded to know: “Why didn’t he ask me first? We’re supposed to be a team!”

“I’m really sad too, I can’t begin to tell you how much I’m going to miss him,” his mother told him.

Whilst the pair discussed the upcoming changes, Arthur was making a jam sandwich but fans were left distracted after they noticed something odd.

Taking to Twitter, viewers couldn’t help but comment on the fact Arthur had used the same knife for the butter and the jam, with some questioning the combination in the first place.

One said: “Well if you thought Arthur was a little s*** before, he just used the same knife for the butter and the jam!”

A third commented: “Why oh why is Arthur double dipping his knife from the butter to the jam!? I can’t cope #emmerdale.”

“Worst jam sandwich ever!!! You dont have butter with jam #emmerdale,” shared another viewer.

Later on, Doug was seen departing the Dales after he nearly decided to stay when he found out what about Arthur’s bullying.

Arthur apologised to his beloved grandad, and said: ”What would make me the happiest is you going on your Australian adventure. Not giving up your dreams for me.”

As Laurel and Jai rekindle their romance, will Arthur manage to cope with facing Archie again or will it trigger the former’s abusive behaviour once more?

Emmerdale continues on Monday at 7pm on ITV