In episodes set to air next week, Faith (played by Sally Dexter) takes matters into her own hands as she starts digging for information about Mackenzie Boyde (Lawrence Robb). Faith begins to get suspicious about Mack when she quizzes him over the death of his and Moira’s mother. In the end, secrets start to come out, but what are they?

Last month, Emmerdale fans saw the return of Faith Dingle which came as a shock to the villagers, especially her son Cain Dingle (Jeff Hordley).

Not everyone was pleased about Faith’s arrival and it didn’t take her long to start ruffling a few feathers in the village.

The Dingle clan also had to decide whether she should be welcomed back into the fold or to be banished for good.

After the votes were counted, it transpired the family was tied and it was down to Nate Robinson (Jurell Carter) to decide. In the end, he made the decision to forgive and invited Faith to stay. 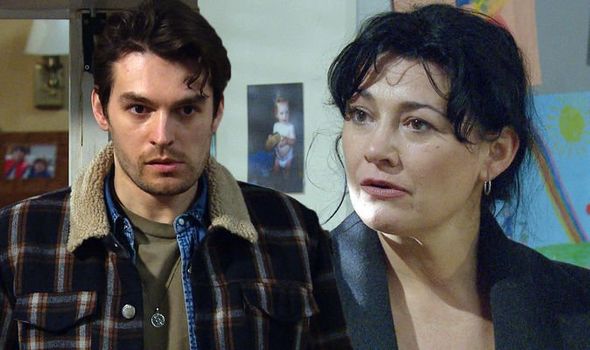 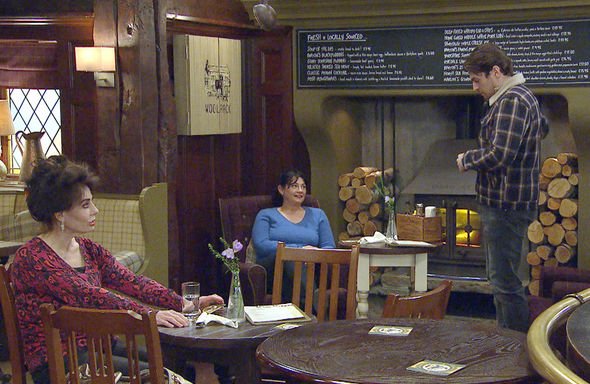 Following Faith’s return, the actor who plays Cain in the ITV soap appeared on Loose Women to talk about his latest storyline and his character’s mother.

Judi Love asked Jeff: “Faith is back – do you think Cain will forgive her?”

To which he replied: “The thing is, what I love about Faith – Sally Dexter, I’m thrilled that she’s back, she’s the most amazing human and I just love her as an actress and working with her.

“But she’s the only character, in terms of Cain, that can make him do things that no one else can.” 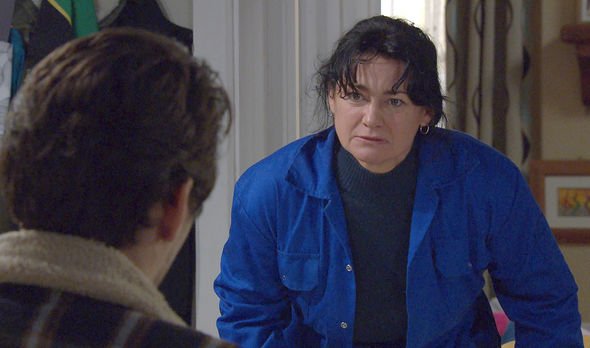 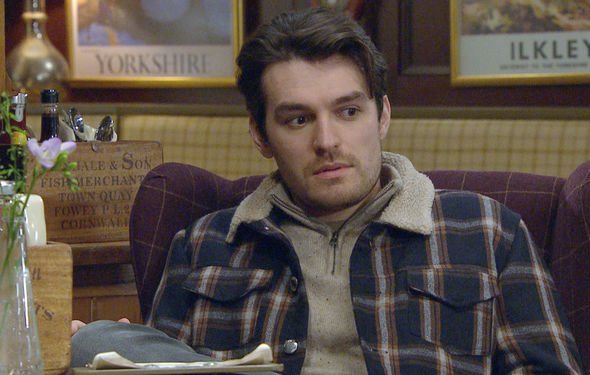 “Really, he just wants his mother’s love and she’d always let him down. She has this hold over him that no other character possesses,” Jeff added.

“So it’s really interesting to see how the dynamics of their relationship are going to move as we go on with the year.”

The Loose Women panellist went on to ask: “Cain is fuming with Moira – do you think they will last? Do you think this relationship will last longer than it already has?”

“I think because of everything we’ve been through over the last few years, there’s no doubt Cain and Moira will be stronger now they’re together – no matter what they throw at them,” Jeff said. “So Cain and Moira, I’m hoping will be safe.”

In recent episodes of Emmerdale, troubled Mackenzie has hinted that he has had something on his mind, and it didn’t go unnoticed by Faith.

In scenes that are due to air next week, Moira Barton (Natalie J Robb), Chas Dingle (Lucy Pargeter) and Mack try to persuade Cain into a Mother’s Day lunch with them and Faith.

When Faith starts questioning Moira and Mack about the death of their mother, she notices that Mack is acting edgy about it.

This raises Faith’s suspicions and it doesn’t take her long to start digging into Mack’s past. Is he hiding something?

As Moira heads off with Mack after deciding she wants an informal memorial for their mother, Faith sneaks into the farm to look for evidence.

Meanwhile, Moira expresses her sadness that she couldn’t go to her mum’s funeral while Mack struggles to hide his guilt.

Cain also discovers that his mum has been snooping before he comes head-to-head with Mack in a tense stand-off.

Moira later enters and is distraught when Cain reveals a secret.

She receives another blow when her brother Mack confesses what he has been hiding, but can she forgive him?