Andrea Tate (played by Anna Nightingale) was mortified when Jamie Tate (Alexander Lincoln) revealed he was in love with Belle Dingle (Eden Taylor-Draper). The mum-of-one fled Emmerdale leaving her husband and mother-in-law concerned that she was in danger. However, Kim Tate (Claire King) could be hiding a huge secret from her son as she tries to tracks down Andrea.

In recent scenes, Andrea discovered her husband had been having an affair with Belle and decided to take matters into her own hands.

The scheming mother teamed up with Leyla Harding (Roxy Shahidi) and exposed the affair during the Woolpack’s quiz night.

Andrea led everyone to believe Belle was to blame for the exposé but Jamie soon discovered the truth.

He was furious with his wife and declared his love for Belle and ended their marriage. 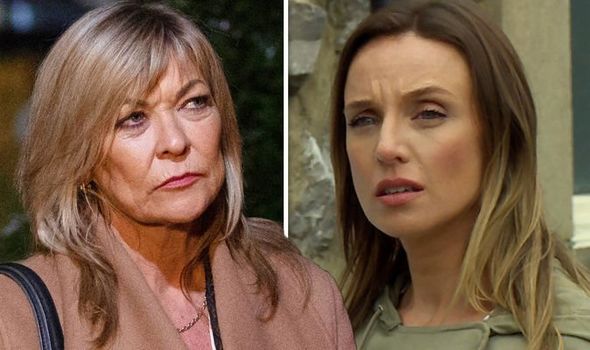 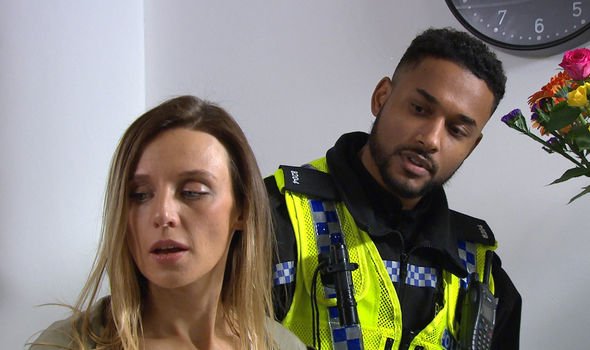 Later, Kim quizzed Jamie on the news and said: “I heard the village gossip and as an architect of many a showdown it sounds like this wasn’t actually your fault.”

“Blaming Belle was, I think I might have lost her,” Jamie said and Kim asked: “So who was responsible?”

“Andrea, she humiliated herself in front of half the village just so she could slander Belle,” Jamie replied.

“Well if you’d taken my advice to break things off and work harder at your marriage,” Kim said. 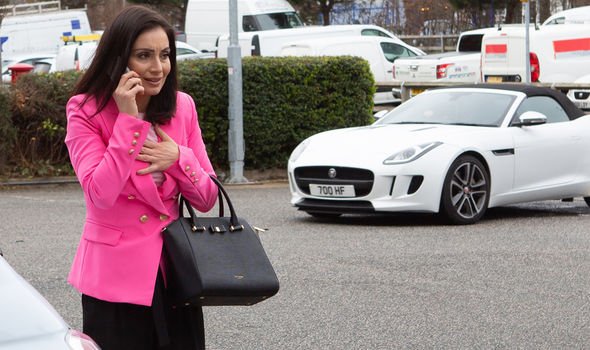 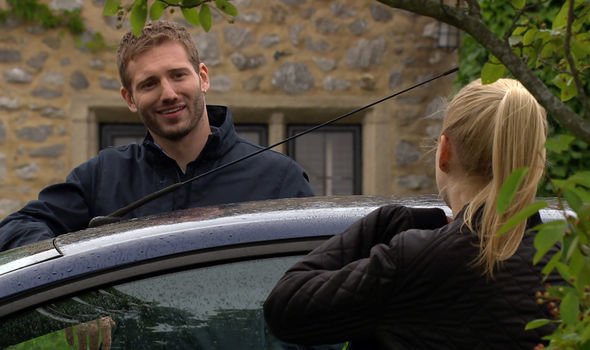 Jamie hit back: “I couldn’t do that just for Millie’s sake. You can’t use a kid as glue mum, it’s not fair, they just end up more damaged in the long run.”

“Well if you’ve made up your mind, no wonder the woman was desperate she’s got no more ammunition,” Kim remarked.

Kim and Andrea have rarely seen eye-to-eye but the businessman has a deep-seated hatred for the Dingles.

Could she have something to do with Andrea’s disappearance to teach her son a lesson?

In upcoming scenes, Andrea’s location is revealed when a police officer arrives at the hotel she’s staying in with Millie.

The police are pleased to see she’s safe but urge her to get in contact with her husband.

Andrea’s torn but decides to make contact with Leyla who’s relieved to discover her friend isn’t in danger.

Leyla rushes over to the hotel to meet Andrea while Kim secretly follows her after suspecting she’ll be the first to know where her daughter-in-law is.

As Kim races to the hotel, could she have been holding back information on Andrea’s disappearance all along?

Andrea will eventually return to the village and be greeted by a heartbreaking image of Jamie and Belle getting close.

The mum-of-one stays out of sight but tells Leyla she can’t face being around them in the village.

Emmerdale airs Mondays and Wednesdays on ITV at 7pm.