ITV soap fans have seen Kim Tate (played by Claire King) struggle with her memory in recent episodes of Emmerdale. Kim is currently unaware she’s being poisoned by a mysterious individual and fans have recently been theorising over who could be the culprit. However, according to official soap spoilers, things are set to take a turn for the worse for Kim as paranoia sets in and she uses a gun for protection. Could she end up killing the mystery poisoner?

Recently on Emmerdale, Kim has been worried she’s showing signs of dementia, as she’s been experiencing memory loss and headaches.

But, unbeknownst to Kim, her symptoms are actually being caused by someone pouring poison in her brandy decanter.

In upcoming scenes, things are set to get worse for her as she turns to violence when her confusion and paranoia take hold.

When Kim viciously takes her worries out on Gabby Thomas (Rosie Bentham), Gabby tells Noah Dingle (Jack Downham) she’s not going to be pushed around much longer. 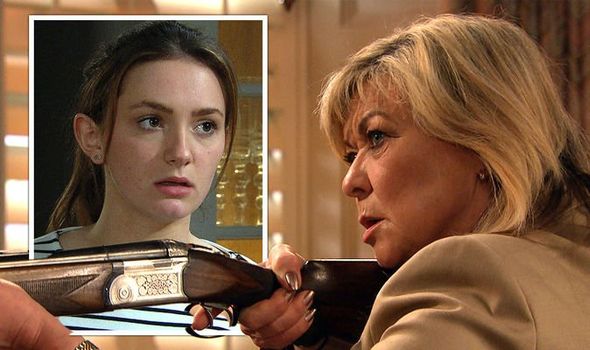 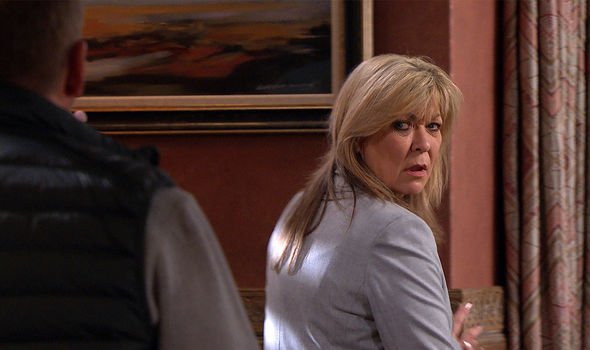 She manages to see them off but is thrown when she watched the security footage of Gabby threatening revenge earlier.

Later at Home Farm, Will Taylor (Dean Andrews) tries to check in on Kim but in her paranoid state, this only makes her more suspicious.

Kim soon sends Will packing and firmly bolts the door behind him. 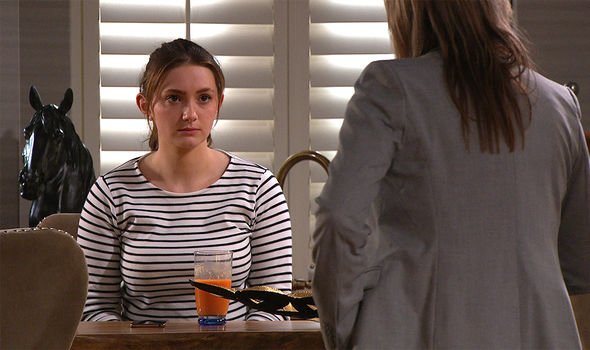 As she sits alone at House Farm, the drugged brandy has Kim hearing phantom intruders; she reaches for a shotgun to protect herself as she carries on drinking.

The next day, an encounter with Dawn Taylor (Olivia Bromley) and Jamie Tate (Alex Lincoln) at the Hide deepens Kim’s anxiety.

Hearing Jamie threatening revenge on Kim afterwards has Dawn unsettled and thinking he sounds just like his mum.

Later on, while speaking to Will at Woodbine, Dawn’s at her wit’s end with Kim.

If Will won’t sort her out then maybe she’ll have to be the one to do it.

Jamie’s taken aback when Dawn asks him to move out of Home Farm.

As she sits inside Home Farm clutching her shotgun, Kim’s shocked by what she sees on the CCTV system.

She spots a figure entering the house. Terrified Kim fires her gun at the intruder.

Could the individual she shoots be the mystery person that’s been poisoning her all along?

Many viewers have been theorising that it could be Gabby that’s been spiking Kim’s brandy.

Soap fans took to Twitter after Wednesday evening’s episode to discuss who they thought was responsible for the poisoning.

One viewer wrote: “#emmerdale got a funny feeling gabby is the one poisoning”

However, it seems some viewers are still unsure as to who the mystery prisoner is.

A viewer Tweeted: “Who do you think is spiking Kim’s drink in #Emmerdale, my guess is either, Will, Gabby or Laurel.”

In a recent interview, Rosie Bentham who plays Gabby shared her view on the fan theories that she’s behind the poisoning.

“Gabby is a very likely suspect! She has regular moments of greed and she can be really, really unkind to get her own way.

“Kim has been really forgetful recently and Gabby has already shown that she can play on that by stealing money, so what else can she do?” The actress told Digital Spy.

If she is the poisoner, it could likely be Gabby who gets shot by Kim. But, will the blow be fatal?

Viewers will have to tune in to see if Gabby is killed by Kim on the ITV soap.