Fan-favourite Emmerdale resident Vanessa Woodfield (played by Michelle Hardwick) was diagnosed with bowel cancer earlier this month, and in recent scenes, she has been trying to come to terms with what lies ahead in terms of her health, treatment and hopefully, recovery. Understandably, girlfriend Charity Dingle (Emma Atkins) is struggling to come to terms with the news, and in tonight’s episode of the ITV continuing drama, Vanessa’s sister Tracy Metcalfe (Amy Walsh) was the next person to be told about her illness. But in one scene, Tracy gave Charity a stark warning.

Those watching at home saw Tracy plan a surprise get-together to celebrate Vanessa’s birthday, but when Charity arrived she flipped out.

Arguing in the back yard, Tracy couldn’t understand why Charity was so determined to ruin the event.

Unable to control her emotions any longer, Charity buckled and told Tracy about her sister’s cancer diagnosis, just as Vanessa walked out to see what all the commotion was.

Naturally, the village vet had a lot of explaining to do and took Tracy to the bandstand for a chat.

“I’ve had bloating and stomach pains for a while now, I felt tired too, exhausted,” Vanessa began. “I thought it was some kind go gluten thing, so I just kind of lived with it. 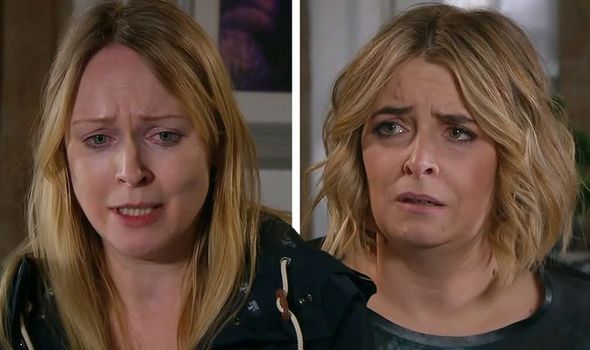 “But then I started to get blood in my poo, that’s when I took photos and went to see Manpreet. I know it sounds gross but it was the best way I could show her what was happening, the least embarrassing anyway.

“I had a blood test and it was full pelt after that, Manpreet referred me to the hospital and I had a colonoscopy, next thing I know some consultant’s telling me I have stage three cancer,” Vanessa revealed.

“When did Charity find out?” Tracy tentatively asked and Vanessa said: “Week before last, I told her not to say anything.”

“You didn’t think I could handle it?” Her sister continued but Vanessa remarked: “What? As well as she has!”

Not understanding what Vanessa meant, Tracy probed: “How do you mean?”

“I shouldn’t complain about her,” Vanessa stated. “She was in denial at first, she did everything she could to avoid it, I had a hospital appointment to discuss my surgery, I couldn’t even tell her. 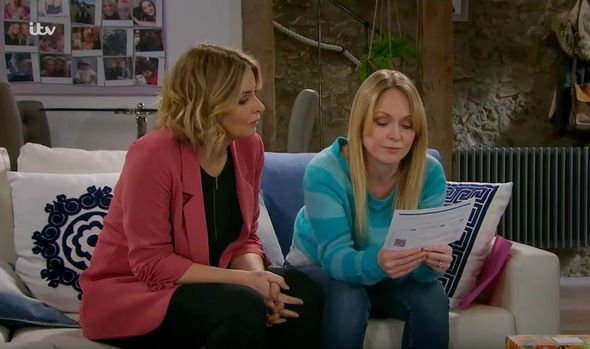 “What, you went on your own?” Tracy exclaimed.

“Just thought it would be easier that way. She felt terrible when I told her, now she’s gone into overdrive. I know she’s only trying to help but I feel like she’s smothering me,” Vanessa revealed.

“If you had told me to I would’ve helped you,” Tracy kindly said but Vanessa added: “She’s doing her best.”

The pair then returned to the guests inside their house and Tracy took this as an opportunity to warn Charity.

“Look I know I’m in for an ear-bashing, but I’m glad that you know now,” Charity said.

“Well, at least she will get the support he needs,” Tracy said meanly. “Where were you the other day when she had to go to the hospital?”

Taken aback by her remark, Charity defended: “She didn’t actually tell me she was going!”

But this wasn’t good enough for Tracy: “You were too busy being useless, burying your head in the sand, now you’re all over her making her feel suffocated.

“If your really want to help Vanessa back off, leave it to me,” and with that, she walked away leaving Charity to stunned to respond.

With Tracy stating she is going to be the one to support Vanessa through the upcoming trials and tribulations, has she just put a monumental wedge in ‘Vanity’s’ relationship?

Emmerdale viewers know how stubborn Charity can be, but she is also a very fragile person, and will undoubtedly start thinking Vanessa is better off without her.

Could this be the end of Charity and Vanessa?

Elsewhere in the village, Aaron Dingle (Danny Miller) is going to make his long-awaited return.

He has been seeking solace in Scotland with family member Debbie Dingle (Charley Webb) following a rather tumultuous year.

But apparently, his comeback storyline is going to be “explosive” – what’s in store for him?

If you or anyone you know has been affected by Vanessa’s storyline, please see Bowel Cancer UK’s website here.