Emmerdale: Eric rages at Bob’s twins after they break antique

Due to the coronavirus pandemic, the younger and older actors have been absent from soaps. In recent scenes of Emmerdale, however, Cathy (played by Gabrielle Dowling) and Heath Hope (Sebastian Dowling) returned and fans believe this is all part of a bigger storyline for the twins. The two were seen sabotaging one of Eric Pollard’s (Chris Chittell) belongings and then turning on him with threats of telling Brenda Walker (Lesley Dunlop) and then running away.

The two were seen roaming around David’s shop, which Eric was manning.

With no customers to serve, the older man had time to clean one of his antique figures and Cathy and Heath thought this would be a great opportunity to play a prank on him, which they would video and later upload onto the internet.

“This is boring,” Heath moaned and his sister commented: “Think of the bigger picture, ‘Poollard’ went viral, this is going to be even funnier.”

Cathy then turned to Eric and said: “It’s really clever the way you do that. When we put this online, you’ll probably start getting fan letters!”

Surprised by her interest, he replied: “Do you really think so?” 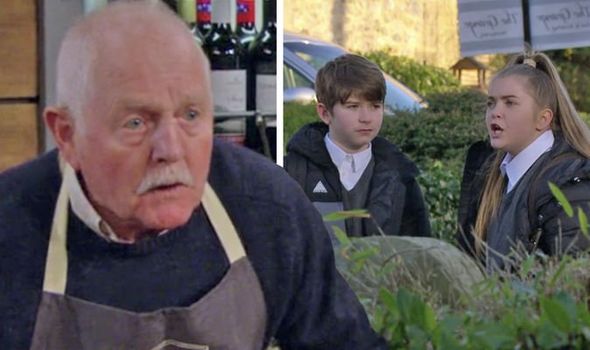 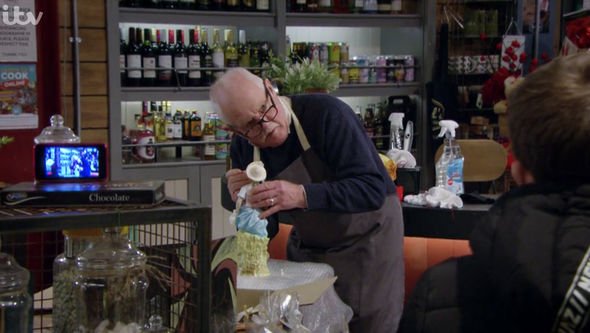 “It’s got likes all over it. Maybe you should do a little commentary to help us,” she encouraged referencing her phone recording him.

“Now, it’s important that you make sure your antiques are in good condition before you take them to auction. They might need a delicate clean using special methods,” Eric demonstrated.

He then turned to grab the bottle of varnish, but it was squirty cream. He exclaimed: “You little horrors!”

“Chill, it was just a joke,” Cathy argued, but Eric was furious: “It’s a valuable antique! You could’ve ruined it!”

“It’s just a bit of old china,” she continued and then dropped it on the floor, smashing it on purpose.

“How could you do that?” Eric demanded, Cathy, who looked visibly worried by his outburst suggested: “It was just an accident, you can stick it back together with a bit of superglue if it’s that important.” 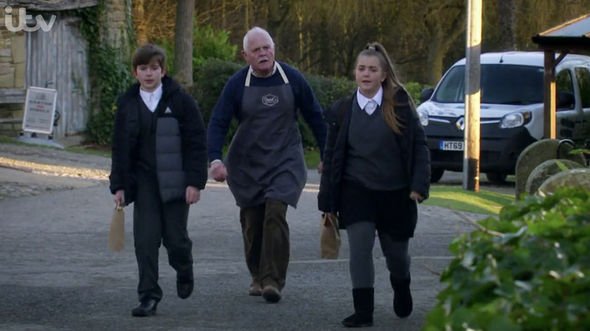 “And how would you feel if I broke something of yours?” Eric shouted and with that, he picked up her phone and threw it onto the floor.

“You wouldn’t dare. You’ve cracked the screen!” Cathy cried and he replied: “Well you can always stick it together with a bit of superglue if it’s that important.”

“Tell that to Brenda, come on Heath,” Cathy said and with that, they left Eric looking utterly bewildered.

He followed the twins out into the village, arguing Brenda would take his side.

But Cathy said they would run away which would force their stepmother into turning against Eric and blaming him for them fleeing. 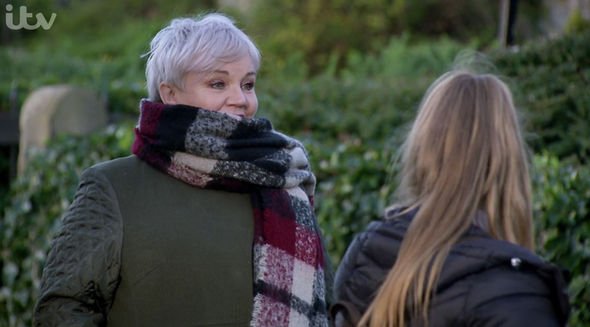 In a turn of events, Brenda then rocked up and the twins manipulated the station, claiming they were “having so much fun with Eric” and asked their guardian if they could be “left with Eric” more often.

Eric has never like confrontation or honesty, but should he wish to confide in Brenda about what really happened, and nip Cathy and Heath’s nasty behaviour in the bud, fans of the soap suggested he playback the shop CCTV.

One tweeted: “Eric… CCTV footage from the shop. Show Brenda what little horrors Cathy and Heath are being #Emmerdale.”

“Eric’s no fool. he gonna set up some CCTV or something he ain’t daft that ole g*t lol,” another claimed.

Someone else wrote: “Doesn’t the shop have CCTV.”

Others commented on the children’s behaviour with one tweet reading: “#Emmerdale Heath and Cathy are absolutely vile. What nasty nasty kids. Eric should cut his losses and dump Brenda ASAP if it means having to put up with them.”

“God Cathy and Heath are f*****g VILE! Why does every kid on #Emmerdale have to rebel like this?” Someone else asked.

Another tweet read: “Cathy and Heath are evil #Emmerdale @emmerdale,” while someone else chimed: “Cathy & Heath haven’t been seen for years and suddenly they rock back up as the spawn of Satan #Emmerdale.”