Cain (played by Jeff Hordley) took centre stage in Wednesday night’s edition of Emmerdale as he and nephew Aaron Dingle (Danny Miller) were forced to live under the same roof due to the coronavirus lockdown measures. The ITV soap will be reflecting what life has been like for many viewers over the course of the past few months as they spend more time with their loved ones. However, with both men going through a divorce and given more time to think about their marital woes, the father-of-four made a confession about his turbulent relationship with Moira (Natalie J Robb). Will fans be bidding farewell to the stalwart as he promised to change his life for the better?

Last year, Moira had a steamy affair with her husband’s long-lost son, Nate Robinson (Jurell Carter), as she was unable to keep her hands off the young heartthrob.

When her cheating ways were exposed, Cain was left furious and has since filed for divorce as well as struggling to bond with his child.

As Aaron is also having to cut ties with his husband, Robert Sugden (Ryan Hawley), who is currently behind bars, he thought the lockdown period would be a good time for him and his uncle to air their grievances.

The bad boy was reluctant to open up, but when he lost a letter sent from the prison to his nephew, his guilt made him see things differently.

With his sister’s son bravely taking the next steps in his life to leave his marriage behind him, it seemed Cain was willing to do the same – but will he leave the village as a result? 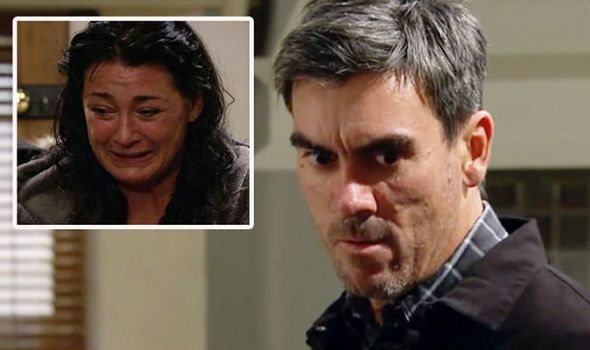 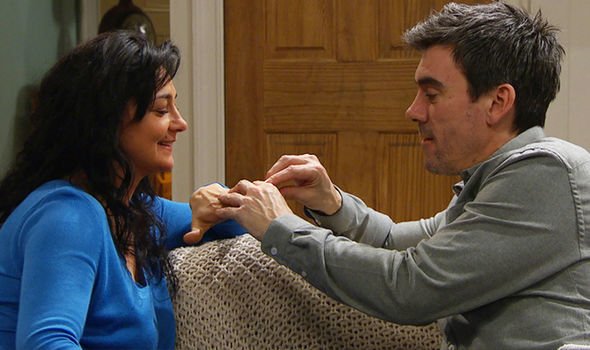 References were made throughout the episode to Cain and Moira’s marriage, with the father-of-four going to visit his two young sons at the farm, as well as a mixtape of their favourite songs being played in the background.

Early on in the episode, he mentioned the pair were at odds again as he had forgotten how old his wife was as she celebrated her birthday.

As the lockdown instalment played out, the bad boy finally started to open up about his marital struggles, asking Aaron how he accepted Robert’s son, who was conceived when his husband cheated on him.

“Everyone keeps telling me I need to get to know Nate because he’s my son, but I don’t see a son. I just see a constant reminder of what happened,” he said. 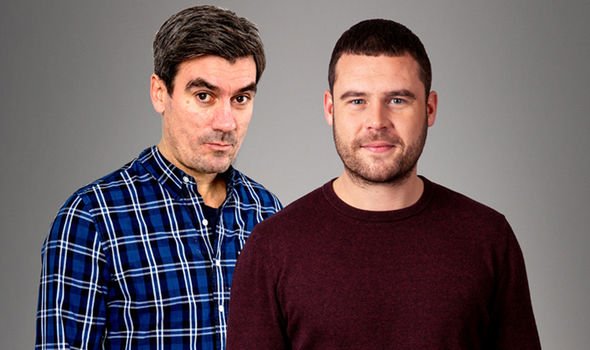 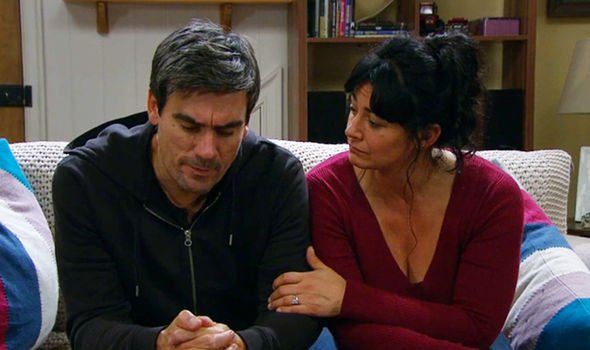 In the midst of talking about his feelings, Cain revealed Aaron had received a letter from the prison and admitted he didn’t know where it was.

Days ticked by before it was eventually found, with his nephew going on to write a response, which was hard as it was the first time he’d had communication with his spouse since he was incarcerated last year.

Knowing Robert’s husband needed some support, the village bad boy finally opened up about his marriage.

It was an emotional discussion as the father-of-four believed his other half was never as in love with him as he was with her.

Asked if he still loved his estranged wife, Cain admitted he did to which Aaron replied: “Don’t you think she needs to know that?”

Cain confessed: “Thing is, I don’t think she loved me the way I loved her and after everything that’s happened, I just can’t see there’s going to be a way back.”

“So, what now?” his nephew enquired, to which the bad boy said: “I just want an easy life. No complications. No drama.”

Opening up about his feelings and wanting to start afresh, could the infamous Dingle clan member be ready to leave his past behind him and make an exit from the village?

The lockdown episode ended with Cain listening to his and Moira’s mixtape once more, clearly unable to move on from her.

Could this be even more incentive to leave the village as he needs to be somewhere he isn’t reminded of his marriage?

Cain has been a pinnacle character on the soap for the past 20 years and has had numerous challenging relationships.

None have had the effect on him which his marriage to Moira has, so will he forgive and forget or take drastic action to cut her out of his life for good?