Wendy Posner (played by Susan Cookson) has not had the warmest of welcomes from Emmerdale fans or village residents. But one person who has also fought her corner, and asked how she was is Bob Hope (Tony Audenshaw). However, in upcoming scenes it seems Bob will be left disappointed.

Wendy moved into the Dales a few months ago after getting a job at the local medical practice.

But her first few weeks didn’t go smoothly as she was confronted by Victoria Sugden (Isabel Hodgins) and her protective family.

Understandably many of the Dingle’s and Sugden’s were unhappy with Wendy’s presence – after all, she is the mother of Lee Posner (Kris Mochrie), the man who raped Victoria.

In upcoming scenes, official soap spoilers have revealed how Wendy will make a breakthrough with Victoria. 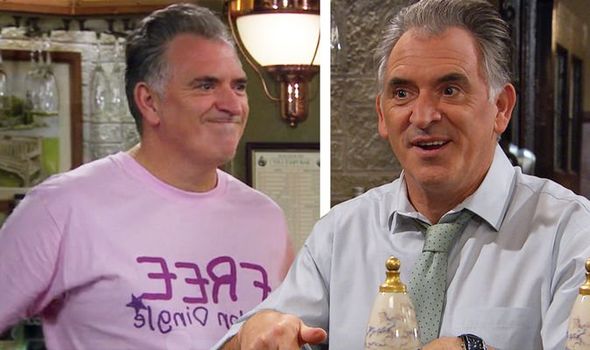 Emmerdale viewers have seen romance blossom between Victoria and Luke Posner (Max Parker) in recent weeks, with their first date being spent watching a move in Victoria’s cottage.

After a slight hiccup, the pair will spend more time together and Victoria sees this as a perfect opportunity for Wendy to look after baby Harry.

Thrilled by the suggestion, Wendy jumps at the chance and heads off with her grandson. 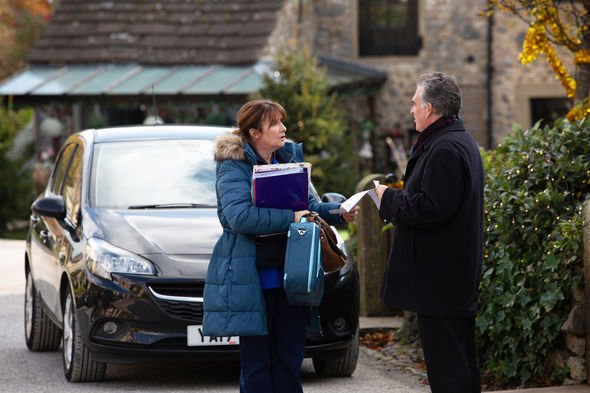 Images from filming have shown Wendy in the Woolpack alongside Bear Wolf (Joshua Richards).

The latter hasn’t been around the past few weeks, which eagle-eyed viewers knew and took to Twitter to discuss.

But nevertheless, he is back and being the doting family man, as he is seen holding baby Eve.

Wendy and Harry bond with Bear and Eve and together they spend an afternoon. 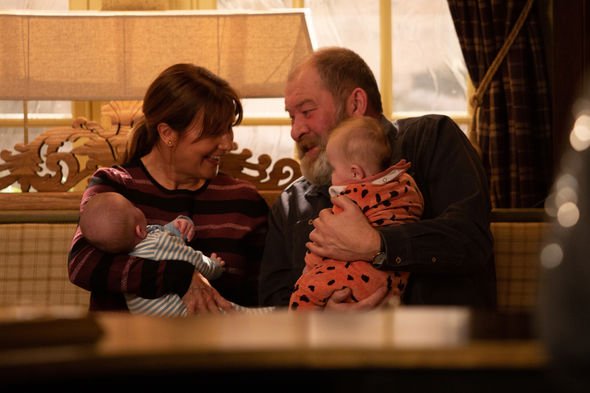 However, Bob who works behind the bar at the Woolpack looks on disappointedly.

He has been trying to get close to Wendy for weeks, hoping their friendship would blossom into something more.

But it seems his plans have been thwarted by Bear.

Will the village lothario have a chance of finding love once more?

Perhaps it may not be with Wendy but with an old flame.

In doing so, he broke off his relationship with Brenda Walker (Lesley Dunlop_ – Bob’s ex-partner.

Could Bob and Brenda reunite? Or did his affair with Laurel put Brenda off altogether?