AFTER years of abuse on social media about her weight, Lisa Riley has learned how to deal with bullies – even getting them to beg for forgiveness.

The actress plays straight-talking Mandy Dingle on Emmerdale and has been forced to become a tough nut in real life to deal with the bullies who once body-shamed her for being “fat” then likened her to a “cancer victim” when she lost 12st. 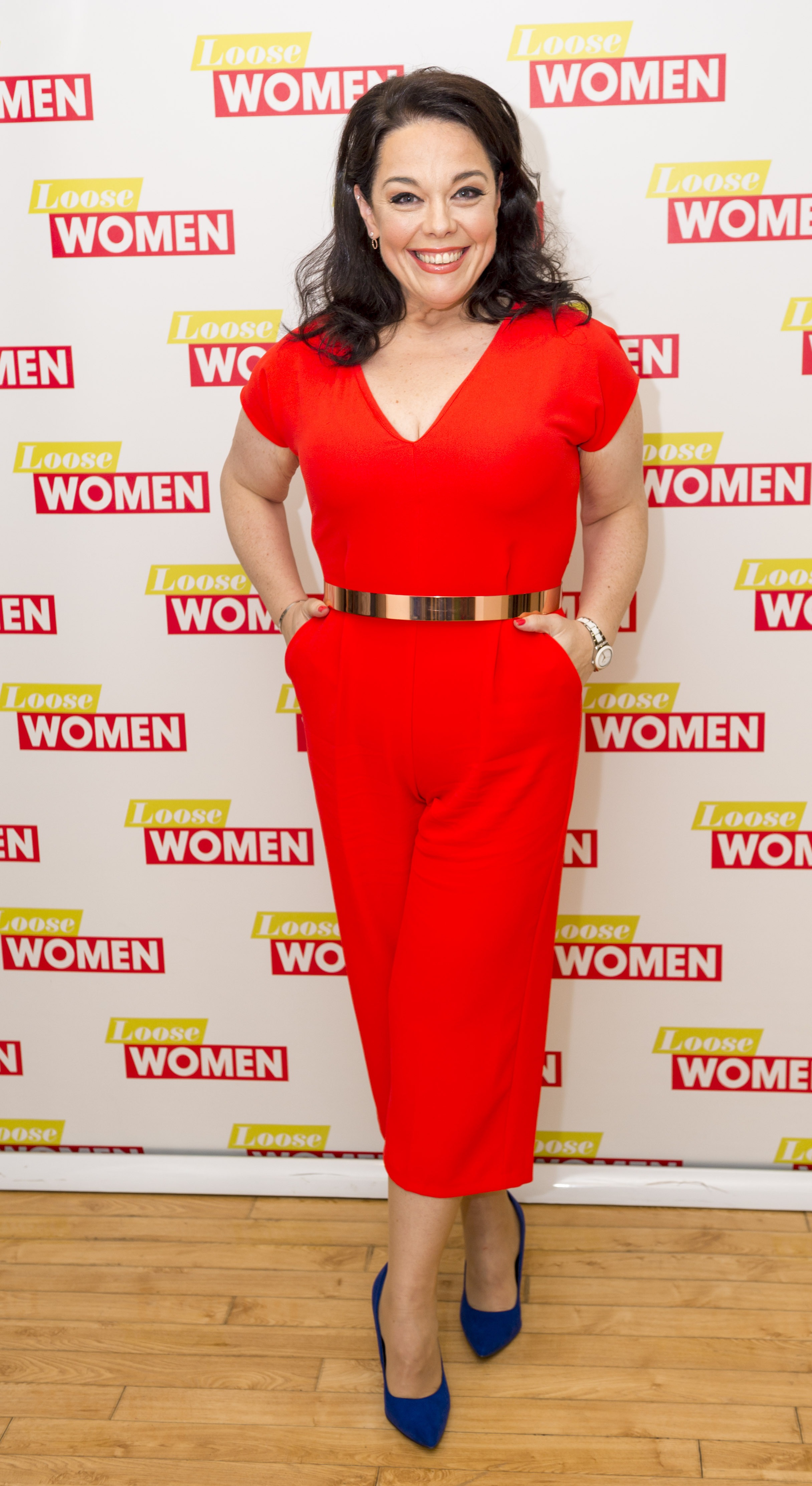 In an exclusive interview with The Sun on Sunday, Lisa, 44, said: “Those people are evil, nasty bullies. They think that if you are a public star, part of your job criteria is that you can be bullied. It is rancid.

“Unfortunately, body-shaming is going to be around for a long time because people are obsessed with weight. I was told I was fat, then at one point I was told I was gaunt or that I’d gone too far.

“One person said, ‘You look like a cancer victim’. 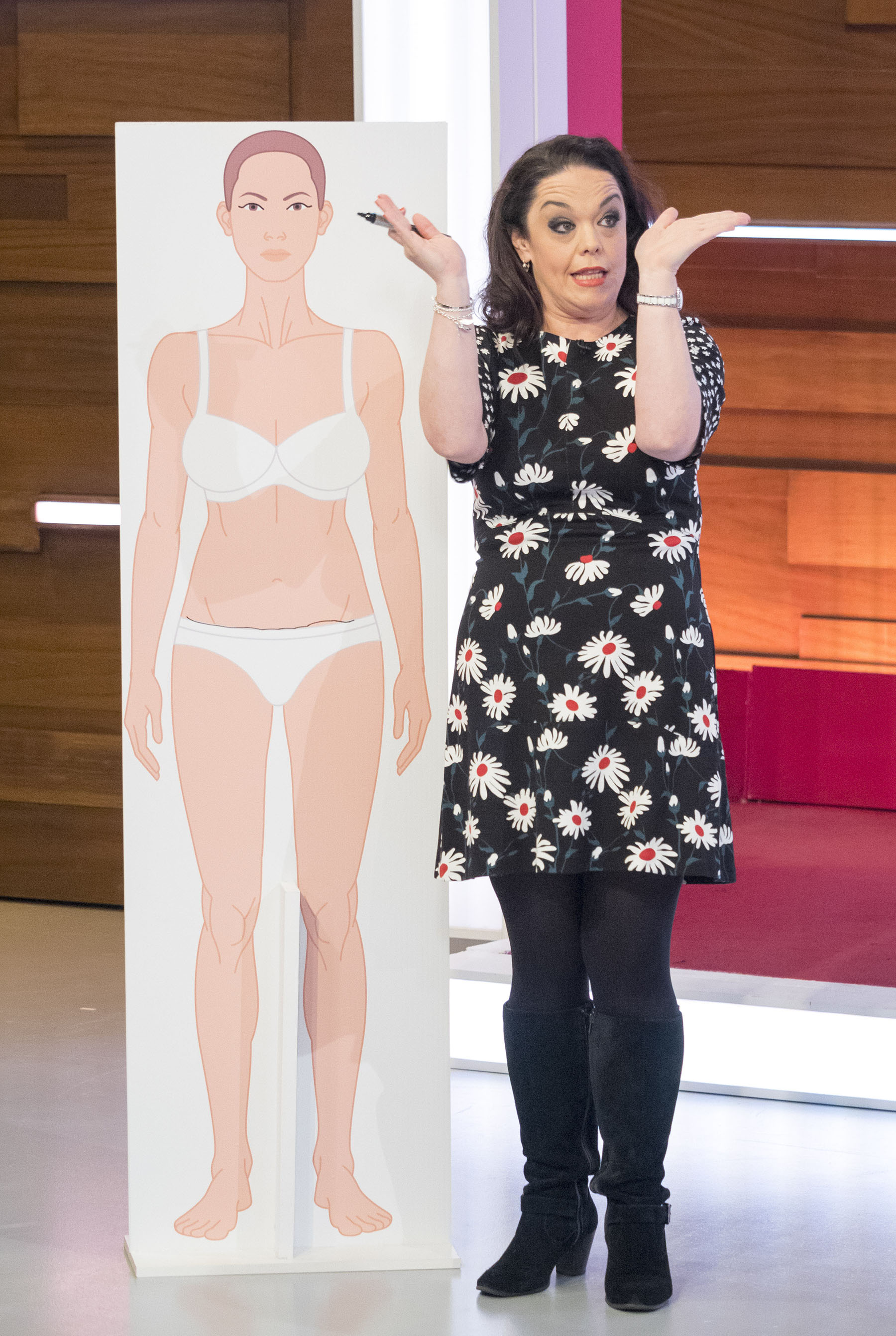 “Instead I follow them and it freaks them out.

“I then get a four-page private message going, ‘I am really sorry — please don’t expose me’. They s**t themselves then. They worry I will call the police and they ask me not to.

“For me, they are even weaker because they are doing it in private and it exposes them deeper because it gives them more time to think about what they have done. You then find they have deleted the message.

“I never use the T-word to describe them. A troll is a toy with spiky hair from when I was growing up.” 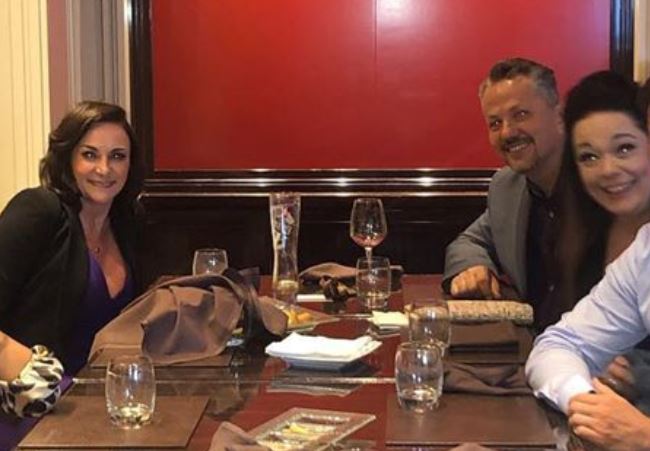 Lisa, who has nearly 300,000 followers on her Twitter and Instagram accounts, has joined a growing number of celebs, including Rylan Clark-Neal and Jesy Nelson, who want tighter online sanctions.

She said: “The law has to be changed. There is one thing having an opinion and, of course, I know you are not everybody’s cup of tea.

“If I were out on a walk and someone came up and said, ‘I don’t like you’, then I would at least have respect for that person because they had the courage to say what they truly believe.

“But there is a difference with evil bullying and people hiding behind social media platforms.” 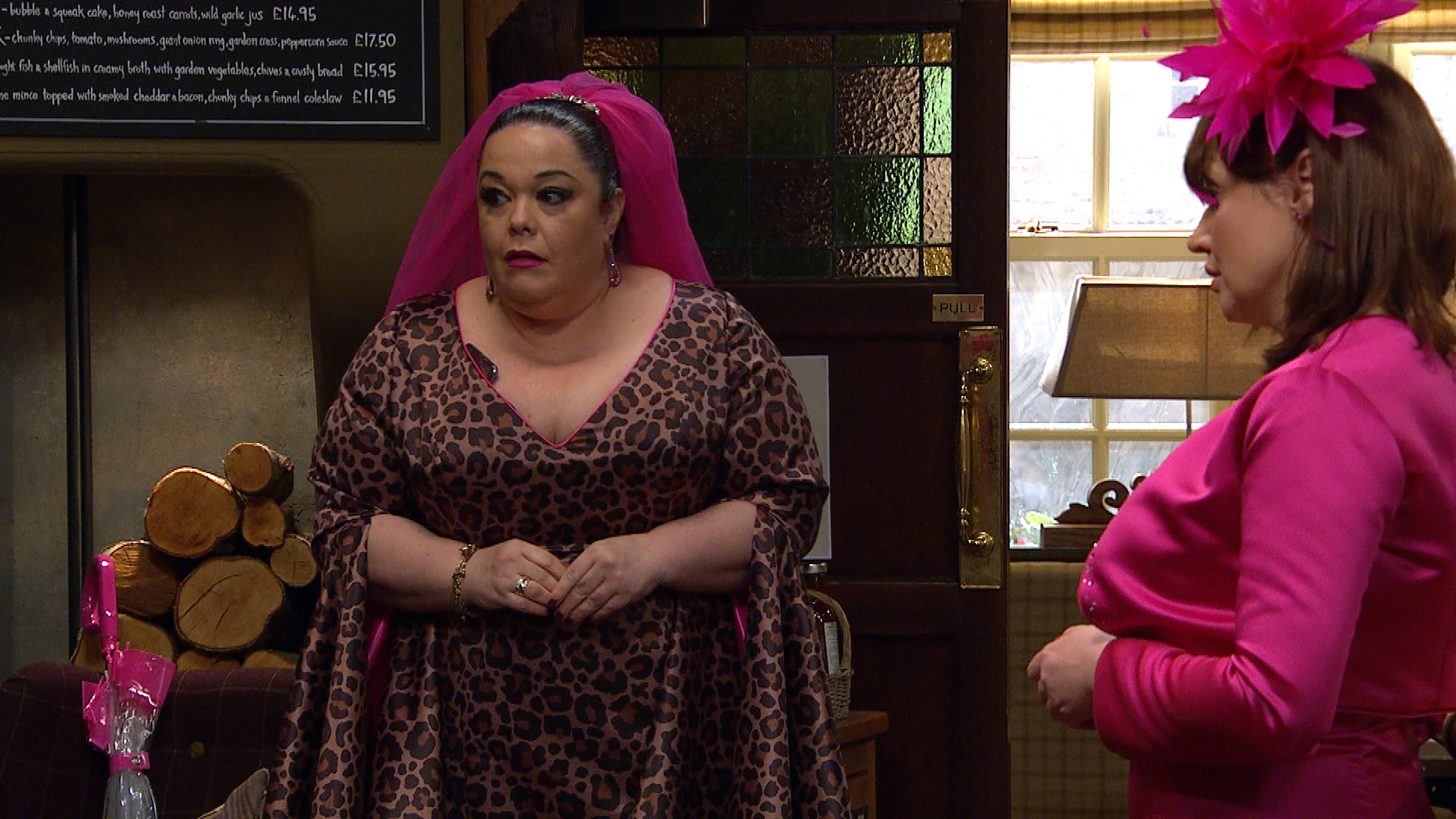 Lisa made the big decision nine years ago to overhaul her lifestyle following the devastating loss of her mum, Cath, from breast cancer at 57.

She ditched junk food, takeaways, bread and booze, and took up Zumba classes.

The weight loss was so dramatic that she went from a size 30 to 14 in two years, at one stage losing a stone in a week.

While Lisa isn’t as strict with her diet today, she still refuses to consume extra calories in the form of alcohol. In fact, she hasn’t touched a drop for five years. 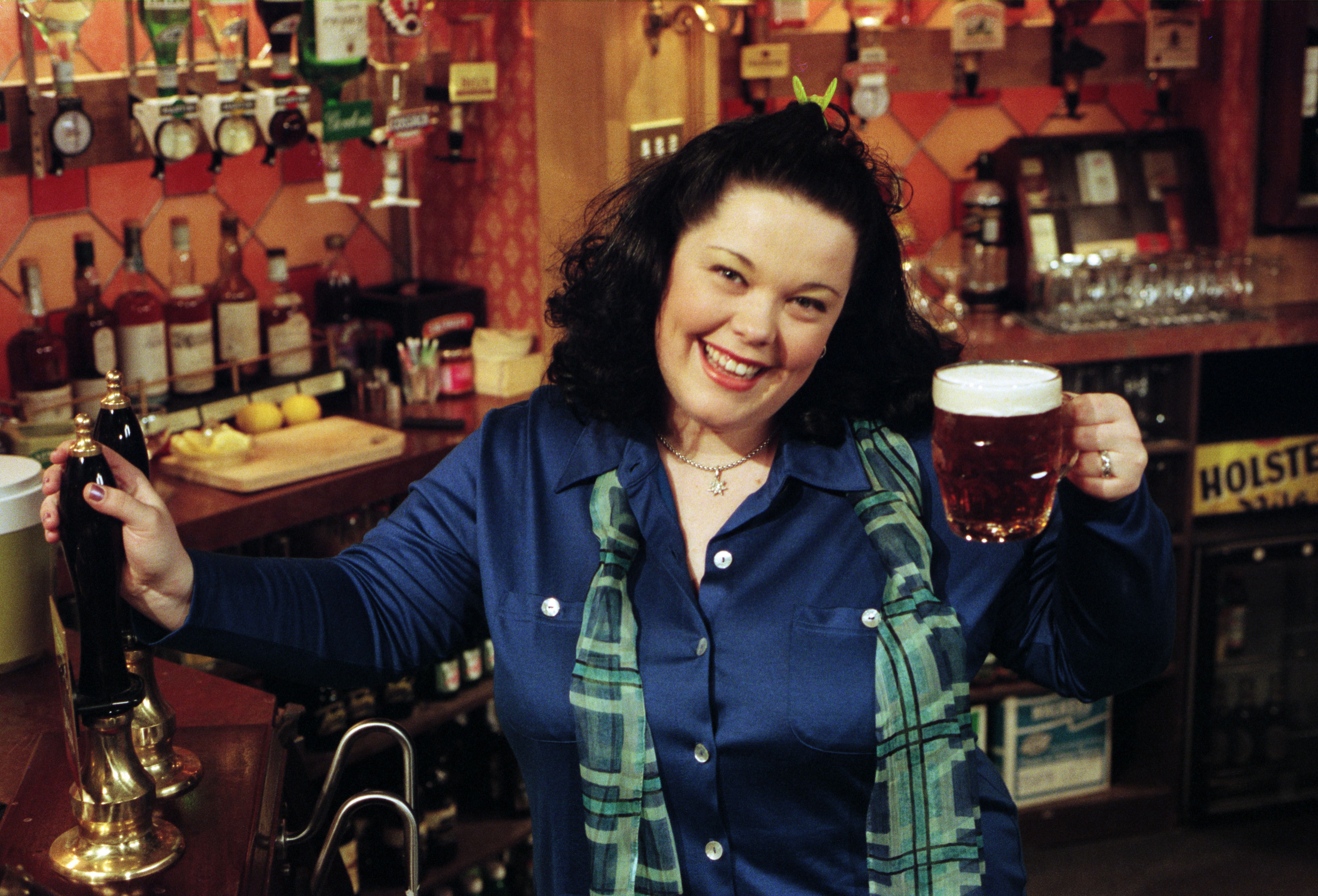 And while Emmerdale colleagues talk non-stop about pubs and nightlife fully reopening after lockdown, Lisa is quite happy with a bottle of water.

She said: “I feel amazing for not drinking. Everyone at work is talking about June 21 every single day but I will be there with my water!

“It doesn’t bother me at all and I truly don’t believe I will drink again — not even on my wedding day.”

Lisa has been with musician Al — she likes to keep his surname private — for six years. He proposed in 2018 and the pair are looking forward to getting married once the country is free of Covid restrictions.

She said: “We would never have a big white wedding. And we need to get all the brides from last year to go first as they had their days ruined.” Lisa spoke publicly last year about how she has accepted she will not have children after failed fertility attempts. She said: “There is a stigma for women who don’t have children.

“Not having children is the unfinished jigsaw and sometimes, if I get into a cab and someone asks me about how my children are and I tell them I don’t have kids, there is a feeling of awkwardness. 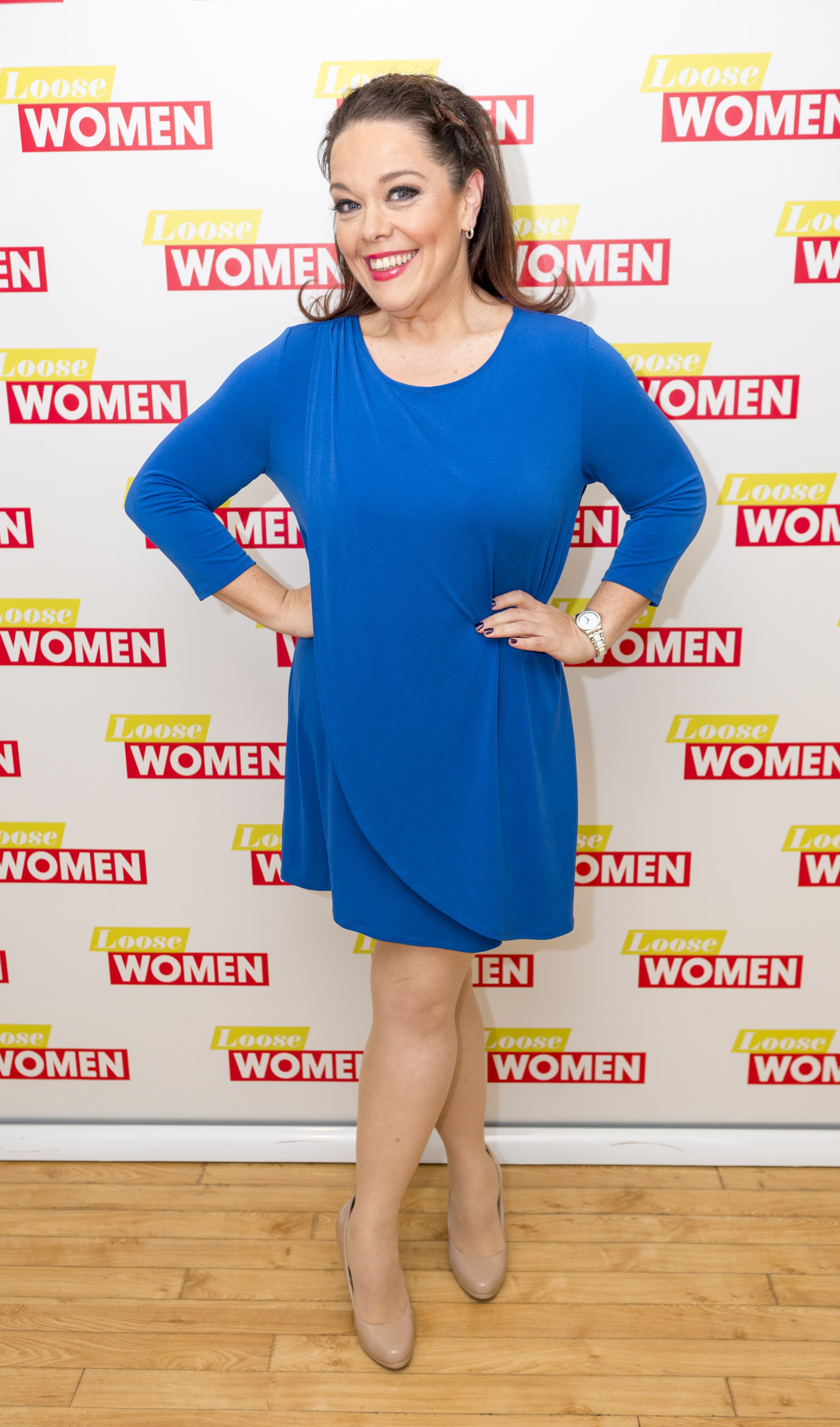 “You can feel that nugget in their stomach going, ‘Why did I say that?’

“I am fine with it because I believe it was the card I was dealt.

“Al was 50 in November and we talked about what our lives would have been like if I had fallen pregnant, but we didn’t. Is our life any worse? No. And actually, there have been many bonuses in not having children. We have been to more than 60 countries together and to some wild and weird places.”

Lisa is speaking to us ahead of Emmerdale’s “super soap week”. Fans of the ITV show, which airs on weekdays at 7pm with an extra episode on Thursdays, will see Mandy prepare for her wedding day with evil Paul Ashdale, played by Reece Dinsdale.

Her two previous on-screen marriages — to Butch Dingle and Paddy Kirk — both ended badly and, in true soap fashion, her third wedding is not going to fare better.

For weeks, Mandy has been blissfully unaware that Paul has been beating her adopted son Vinny, played by Bradley Johnson.

But as tension mounts in the run-up to their big day, super-sleuth Liv, played by Isobel Steele, begins to piece together how evil he is.

And when Liv confronts Paul with her evidence, she puts herself in grave danger. The explosive scenes that follow lead to the death of at least one character. 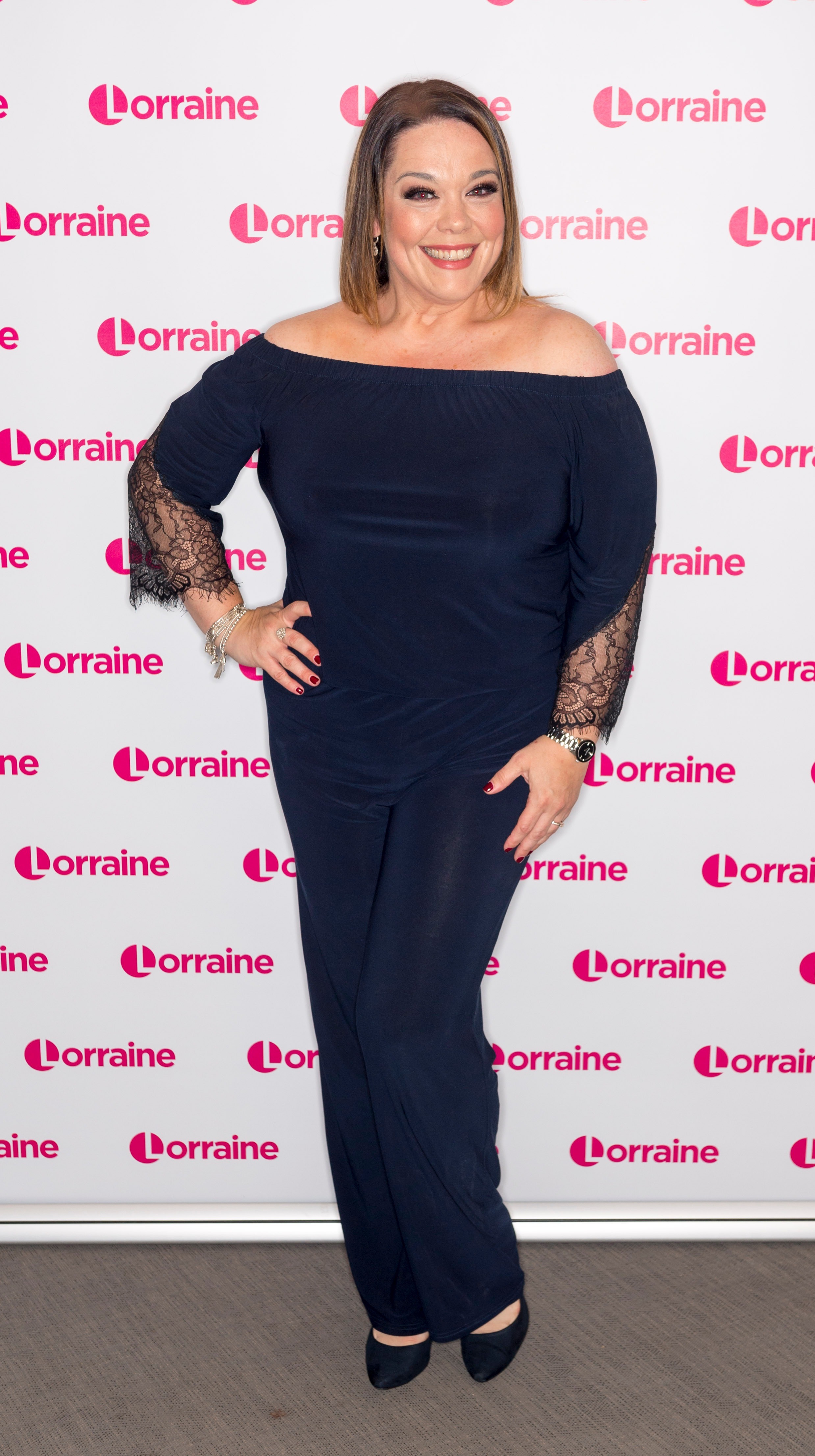 Lisa said: “It’s third time lucky for Mandy and you just want her to find true love. But she is 100 per cent blinkered and, yet again, she has trusted the wrong man.

“If she does find out about the battering, she will kill him.

“There is a big stunt this week and it is going to blow everyone’s minds.

“Mandy has chosen a particularly iconic leopard-print dress for the day and I can’t say how, but it becomes symbolic as the week goes on.” Remaining tight-lipped about which character will meet their grizzly end, Lisa does reveal she looks to her late beloved mum Cath when Mandy is involved in an upsetting scene.

She said: “I have a lovely angel who helps me all the way with emotional scenes. I think about my mum all the time, but it’s also made me determined to live my life to the fullest.

“The other day Bradley, who plays Vinny, asked about my mum and I told him, ‘Wow, what if history repeats itself and I only have 14 years left of me’. He welled up and told me not to say that, but that’s how I live my life — to the full.”

Lisa, from Bury, Lancs, has been in showbusiness for 30 years, leaving drama school at 14 to star in a stage musical version of Worzel Gummidge then two-part BBC2 drama Blood & Peaches a year later.

She joined Emmerdale in 1995 as Woolpack barmaid Mandy and her character’s romance with second husband Paddy was a hit with fans.

After quitting the Dales in 2001, Lisa went on to star in TV dramas Fat Friends and Three Girls. She hosted You’ve Been Framed, joined the Loose Women panel and came fifth in Strictly Come Dancing in 2012. In 2019, she returned to the soap and hasn’t looked back.

Lisa said: “I love playing Mandy, she is different. Individuality is brilliant. I feel lucky to be working and I won’t tolerate moaning.

“I have got seven dear friends in acting who haven’t worked in a year, so if I hear moaning I push it away.”