Emmerdale: Leanna tells Billy 'I can keep you company'

Viewers of the ITV soap Emmerdale spotted some chemistry between Leanna Cavanagh (played by Mimi Slinger) and Billy Fletcher (Jay Kontzle) in a scene on Thursday’s episode. As Billy warmed up for a run with Meena Jutla (Paige Sandhu) and Leyla Harding (Roxy Shahidi), the two decided they’d rather give it a miss after all. But Leanna was quick to step in so Billy wouldn’t be alone, and the two shared a look. Fans instantly started to discuss the two as the soap’s future couple.

“I am not, anyway it’s perfect, gorgeous girlie time together,” Meena replied.

“I’m moving in with her, I think she’s going to be suffering enough,” quipped Leyla.

But Leanna quickly turned to Billy, adding: “No it’s fine, if Meena’s injured I guess I could keep you company.”

“Oh sweet, teenage me would have said ‘Get lost,'” Leyla added as the two shared a glance. 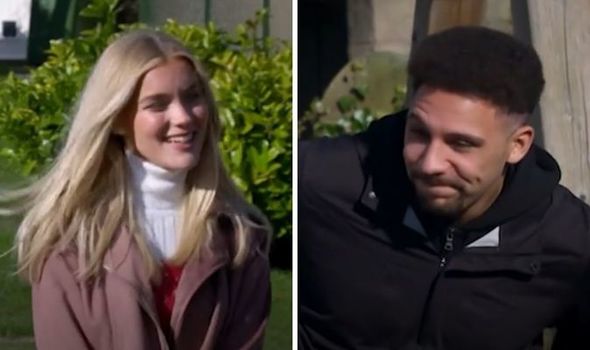 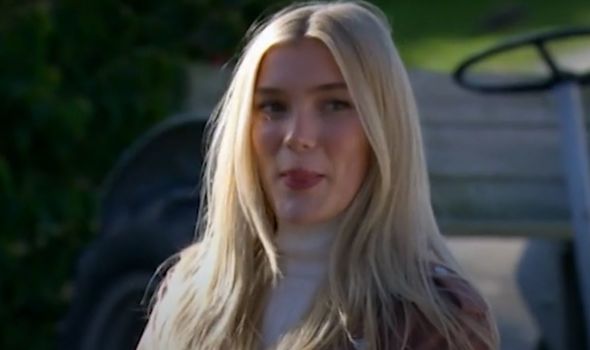 “Go on then, go and get ready,” she told Leanna. “And don’t you scare her off with any burpees,” she warned Billy.

But things seemed a bit flirty as Leanna replied: “Why would I be scared of him?”

But could they become an item soon? Leanna definitely seemed to like the idea of spending some alone time with Billy, and jumped at the chance.

The teenage troublemaker is single, and was left heartbroken after being hurt by Jacob Gallagher (Joe-Warren Plant). 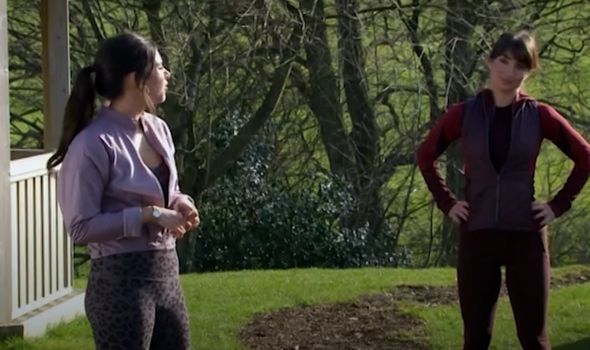 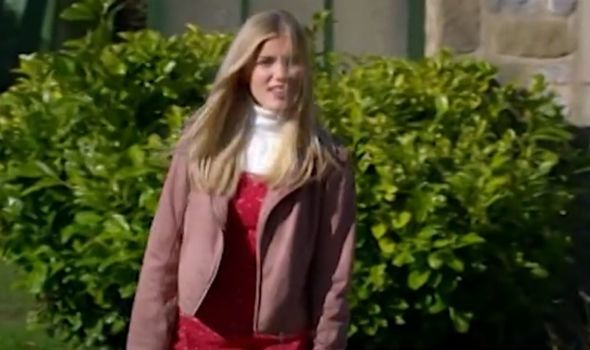 Billy has also had his fair share of heartbreak lately, so the unlikely couple may just hit it off.

Fans instantly took to Twitter to discuss the possibility. One said: “Ooh bit of a thing there between Leanna and Billy #Emmerdale.”

Another wrote: “So, that’s Billy & Leanna going to be a pair? #Emmerdale.”

A third weighed in: “Leanna having a crush on Billy? #Emmerdale.”

Another joked: “Wow! Random pairing with Leanna and Billy klaxon!”

One predicted a future plotline, adding: “Leanna and Billy gonna get get together new storyline. #Emmerdale.”

Someone else wrote: “Billy and Leanna? #emmerdale”, which was posted with “eye” icons to indicate something is potentially going on there.

It’s possible Leanna may fancy Billy, and if the pair grow close while running together, they could make it a regular thing if she uses the excuse of wanting to exercise.

Could they work as a couple? There’s a bit of an age difference, with Billy notably older than the 18-year-old.

Both have had their troubles in the past. Billy has had a few run-ins with the law and Leanna established herself as a rebellious teen.

With fans insisting on a spark between the two characters, it seems writers could be building up a new relationship.

He was wrongly arrested for assault last month as tensions began to increase and he was made a scapegoat.

It seems he is now trying to stay under the radar, so could Leanna be a good influence on him?

Fans seem to think the couple will be together pretty soon following the flirty scene between them, and Leanna usually gets what she’s after.

Emmerdale continues on Friday at 7pm on ITV.