The Newsnight host sparked controversy online after she retweeted the post made by the former Good Morning Britain host back in February. Despite deleting the tweet 10 minutes after she posted it, Emily has reportedly been reprimanded by BBC bosses after she was told she breached impartiality rules.

Piers Morgan tweeted a post criticising the Government’s response to the pandemic.

It read: “If failing to quarantine properly is punishable by 10yrs in prison, what is the punishment for failing to properly protect the country from a pandemic?”

However, despite deleting it, one viewer complained to the BBC and she has been found to have breached guidelines. 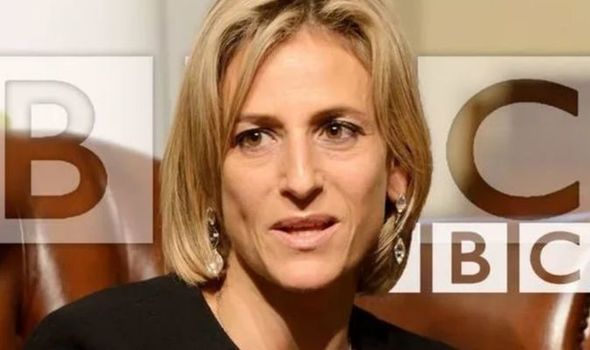