Blame downturn in Tesla stock and crypto, not his bad reviews 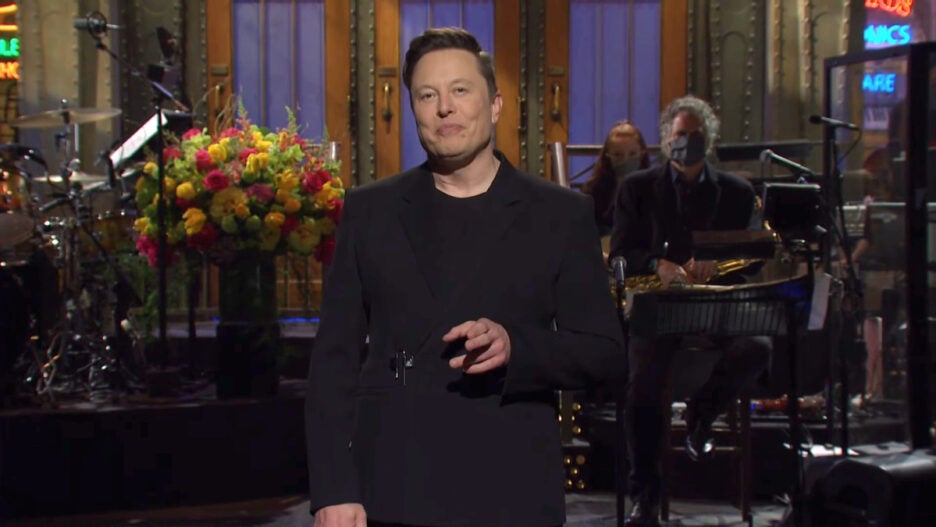 Elon Musk’s net worth has plunged roughly $20 billion since he appeared as the host of “SNL” last week, but it’s not because he got some pretty bad reviews for his performance.

According to Forbes, which reported Musk’s drop in wealth Thursday, it’s a combination of two of Musk’s big financial interests — cryptocurrencies like dogecoin or bitcoin, and Tesla stock – losing value that is driving down his overall net worth.

The Tesla and SpaceX CEO still is a long way from worrying about paying his bills; his net worth is $145.5 billion according to estimates by Forbes, making him still the world’s third-richest man.

At market close Thursday, Tesla shares were down 18.2% and trading at roughly $571 per share. Bitcoin prices have slumped too, dropping almost 9% today. Dogecoin, the meme-inspired cryptocurrency that Musk is such a big fan of – and referenced in his “SNL” monologue andjoked was a “hustle” during a “Weekend Update” bit — is down nearly 6%.

Part of what caused the crypto markets to slide so drastically was Musk’s statement on March 12 that Tesla would stop accepting bitcoin as payment for its electric vehicles.

Musk was previously all-in on bitcoin payments but said the company couldn’t keep taking them in good conscience, because the digital firepower it takes to mine the coins using heavy-duty computers is a huge strain on the environment. One single bitcoin transaction uses the same amount of electricity as the average U.S. household can use in a month, according to The New Yorker.

Musk wields an outsized influence on the cryptocurrency markets now, so the minute he says anything about the business, traders are quick to react. On Wednesday, bitcoin prices tumbled $2,000 after Musk’s comments about Tesla. That troubles market insiders and some analysts who say that Musk’s comments, though intended to boost the still-developing crypto industry, could backfire and make trading Tesla and other stocks or crypto more volatile.

Musk owns a 21% stake in Tesla plus a stake in SpaceX, which remains a private company. Forbes notes that thanks to a generous Tesla compensation plan (which paid Musk about $11 billion last year) and vesting stock options, Musk is still about $110 billion richer than he was a year ago.

Musk isn’t a stranger to volatility in markets, of course – earlier in the year he lost an estimated $30 billion after Tesla’s stock tanked but he quickly made that back, and then some. It’s doubtful he won’t rebound from this financial hurdle soon.