Elite returned to Netflix on Friday, March 13 as fans found out exactly what happened to Polo (played by Álvaro Rico) after he had avoided prison. Now fans have binged the entire show, here’s a recap of the finale and what it could mean for the future of the show.

Spanish teen drama Elite returned with its third season much to the delight of fans on Netflix earlier this week.

The series began with Polo returning to the prestigious school after it had been revealed he was the one responsible for Marina’s (María Pedraza) murder.

He narrowly avoided prison because the trophy he used to kill her went missing, meaning the police had no case against him.

When he returned to school he faced the wrath of his fellow classmates, which all led to a dramatic finale in the club.

All of the students were partying at their graduation party before Polo arrived and quickly became the centre of several arguments.

However, it was one in particular which had major consequences for the character when he was stabbed in the heart with a champagne bottle. 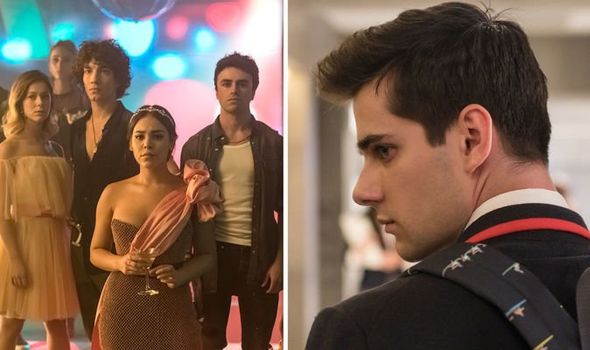 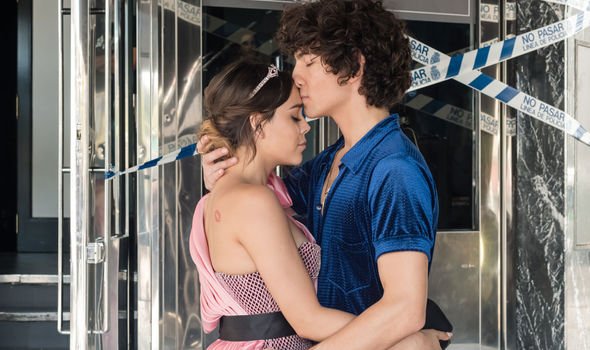 Who killed Polo in Elite season 3?

After drinking a lot of alcohol, Lu (Danna Paola) cornered Polo in the bathroom over the loss of her scholarship to New York.

This was supposed to be paid by Polo’s mothers but after she spoke out against him in school it was taken away.

Things got heated between the pair before Lu accidentally stabbed him with the top of the champagne bottle she had been holding.

While Polo forgave her for the act, he then stumbled out of the bathroom and through a window onto the floor, which is the image that opened the third series. 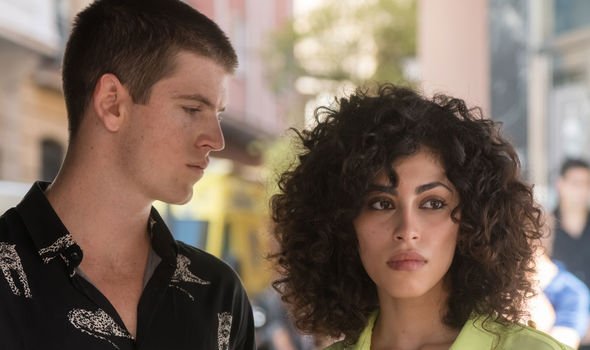 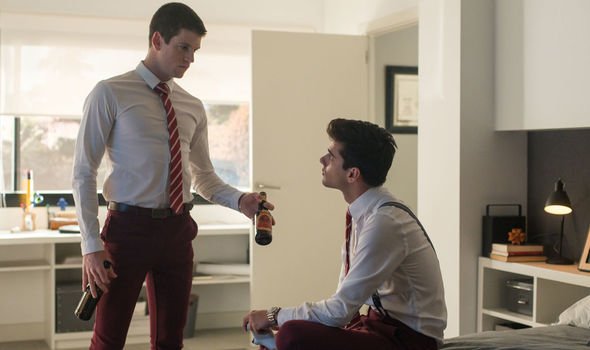 However, Lu managed to get away with the killing after all of the classmates decided to band together in order to avoid the responsibility falling on just one person.

They all placed their fingerprints on the bottle, including managing to get Polo’s prints as well to confuse the forensics.

Then, in their police interviews each of them blamed each other, swearing they saw different people enter the bathroom after Polo.

As a result, no one was found guilty of the crime and the police ruled his death as a suicide.

Elite season 3 Netflix release date: When does Elite series 3 start? [INSIGHT]
Elite season 3 cast: Who is in the cast of Elite?  [PICTURES]
New on Netflix March: What new TV series are coming out on Netflix? [GUIDE]

What happened to the other characters?

The finale also rounded up all of the remaining character’s storylines as many of them graduated high school.

Nadia (Mina El Hammani) and Lu headed off to study at New York, while Nadia promised to return to Guzmán (Miguel Bernardeau) soon.

Omar’s father finally accepted his son as gay and then Omar (Omar Ayuso) chose to stay behind in order to be by Ander’s (Arón Piper) side.

After facing a cancer storyline this season, Ander finally found out he was in remission.

Carla (Ester Expósito) also headed abroad and placed Valerio (Jorge López) in charge of her family’s wineries in her place.

Rebeca (Claudia Salas) told her mother to stop her life of crime while Cayetana (Georgina Amorós) decided to stay at home rather than attend university.

In the final few moments, the show then cut to two months later as Sam (Itzan Escamilla), Ander, Guzmán and Rebeca all returned for another year at Las Encinas.

The ending shot of the series saw Cayetana working as a janitor in the school as the class bell rang.

While a fourth season of the show has not yet officially been announced, it has been confirmed it will feature a brand-new cast.

Elite season 3 is available to stream on Netflix now.