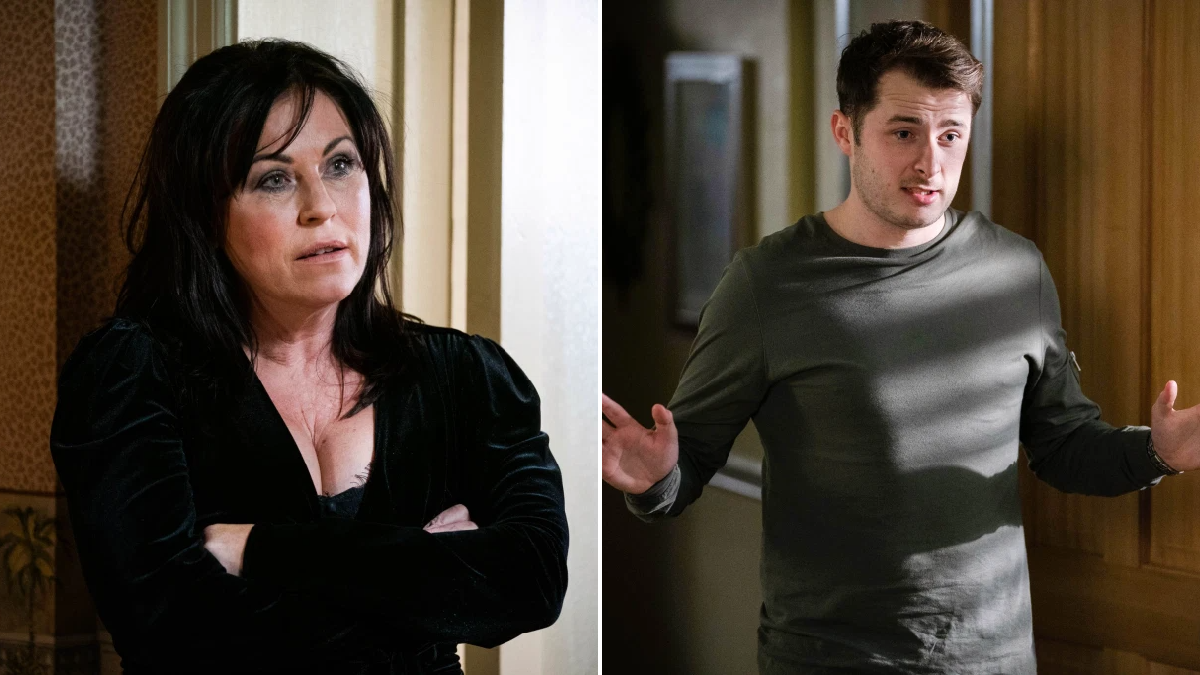 Max – who plays Ben Mitchell in the BBC One soap – shared a picture of himself at the National Television Awards two years ago.

The caption read: ‘Been a lifetime since this photo #ntas.’

And Jessie’s comment that followed left a lot of fans quite surprised!

Plenty of EastEnders fans replied to Jessie’s comment, with many sharing their shock and amusement at what she said.

One person wrote: @jessie.wallace_official Supportive m***e. I’m definitely using this as a pick up line. Cheers Jess!’ with plenty of other followers commenting a series of laughing emojis as a reaction.

Max’s character Ben finally tied the knot in last week’s episode of the soap as he got married to Callum Highway (Tony Clay) in moving an emotional scenes.

Following Whitney (Shona McGarty) and her hit and run, Kat is currently recovery from the injuries she sustained.