Suki Panesar (played by Balvinder Sopal) hasn’t exactly been a wallflower since arriving on Albert Square earlier this year, but she has proved she will go above and beyond to look after those closest to her. However, in upcoming scenes on EastEnders, Gray could finally be arrested, but it could be Suki who is left in danger as Chantelle (Jessica Plummer) takes aim at the Panesar matriarch.

Gray and Chantelle arrived on Albert Square earlier this year and it quickly became apparent that behind closed doors, there was a sinister side to the relationship.

Viewers have watched over the last few months as Gray’s abuse has increased to physically beating his wife when he feels out of control.

Just before EastEnders went on break, Chantelle found out Gray had been kissed by Whitney Dean (Shona McGarty) as he continues to be one of the only sources of support to the young woman.

Gray, of course, has been representing Whitney since she was arrested for the death of Leo King (Tom Wells) earlier this year after he fell on the knife she was holding as he attacked her. 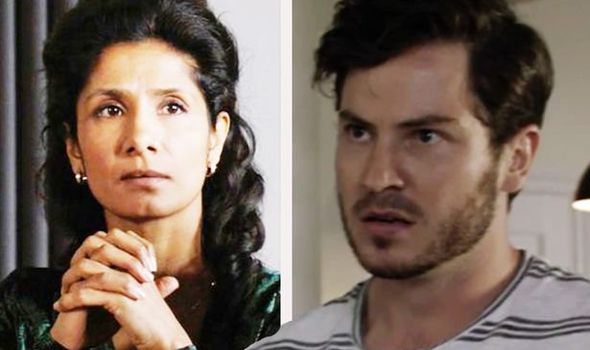 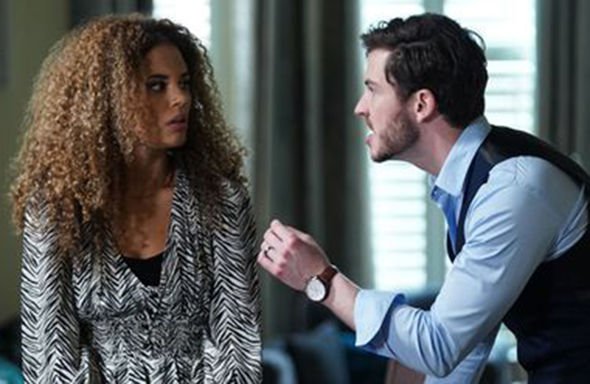 When it all came to light, it was Chantelle who convinced her husband to take the case much to his dismay, as she continued to give Whitney all the support she needed.

When Chantelle heard she had been betrayed, she was furious and stormed out to find Whitney in the cafe.

The abused wife told Whitney not to go near Gray again unless on a professional basis, making sure to emphasise that she wouldn’t be held responsible for what happened to Whitney if she tried anything like this again.

Chantelle’s threat may have shocked some viewers, but in upcoming scenes, fans could get another glimpse at this darker side to her as Suki Panesar threatens to start meddling. 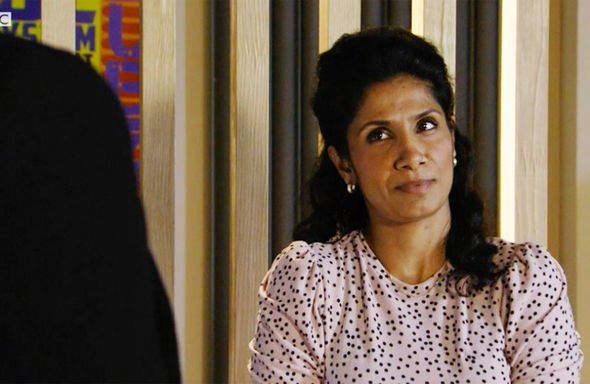 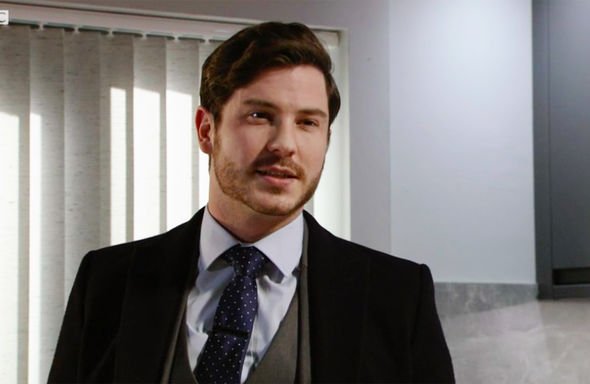 As Gray was telling Chantelle about Whitney, he was also interested to know just why his wife had taken his car to Stratford just days before.

Gray placed a tracker under his car to monitor just what she was doing and subsequently accused her of cheating on him.

Chantelle has been getting closer to Kheerat Panesar (Daz Jeoul) recently after he offered her a job, and Gray has been uncomfortable about it ever since seeing as he is not able to control her if she has a full-time career.

Gray was pretty sure it was Kheerat she went to Stratford with, but viewers know it has nothing to do with her, it was, in fact, Ben Mitchell (Max Bowden) who took his car.

Gray decided to take a trip to the Panesar’s to see who was there and make it known he could make their lives a living hell.

Suki was there, and as Gray poked around their paperwork he asked if there was anything corrupt about the company that someone might be able to expose one day.

Suki assured him this was not the case, but viewers watched as her suspicions were aroused as she is not one to let things slide.

Kheerat has already spotted bruises on Chantelle’s arms so it is only a matter of time before Gray’s vile secret is finally exposed and he is arrested.

Chantelle was very quick to attack Whitney for her actions when she kissed Gray.

But, if Gray gets arrested because Suki has found out just what is happening, Chantelle could go after her too.

Chantelle could turn on Suki, thinking the Panesar matriarch has ruined her and her children’s life, leaving her with absolutely nothing.

She could attack Suki out of fear, accidentally taking it too far, not meaning to actually hurt her.

Is anyone safe if they know just what has been going on behind the Atkins’ door?

EastEnders can be streamed on BBC iPlayer and BritBox.