EastEnders’ Peter Beale (played by Dayle Hudson) has returned to Walford but it’s clear he’s not keen on playing happy families with his father Ian Beale (Adam Woodyatt). Ian’s eldest son is still traumatised by his twin sister’s murder and has a fraught relationship with the businessman, however, the pair have agreed to put their differences aside and move forward as a family.

In tonight’s episode of the BBC soap, Peter discovered the role Ian played in Dennis Rickman’s (Bleau Landau) and the revelation could have serious consequences for the Beale family.

Before the tragic boat accident, Ian was furious with Dennis for bullying Bobby Beale (Clay Milner Russell) and inadvertently causing the young boy to fight for his life.

Ian locked Dennis in a room below deck in a bid to teach him a lesson but rushed to save him when the boat crashed and water began to fill the lower deck.

The businessman tried his hardest but the damage had been done and Dennis tragically drowned.

Sharon is completely in the dark but Bex Fowler (Jasmine Armfield) and Dotty Cotton (Molly Conlin) know Ian was looking for Dennis on the boat. 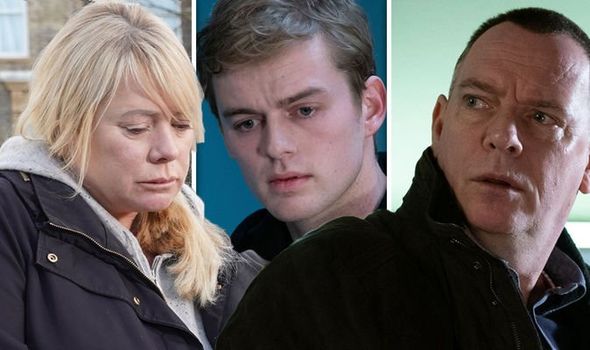 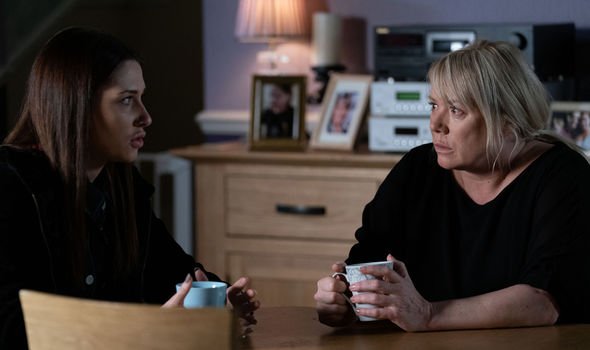 As the pair discussed the grieving mother, Dotty confessed she had concerns Ian wasn’t telling the whole truth.

“I’m glad Sharon’s got Ian to lean on,” Bex told Dotty in the cafe.

“He’s creepy, don’t you think?” Dotty remarked to which Bex hit back: “He’s my uncle, well cousin kind of.”

“It’s like the Addams family around here, but without the laughs,” Dotty added. “There’s just something about him that creeps me out.” 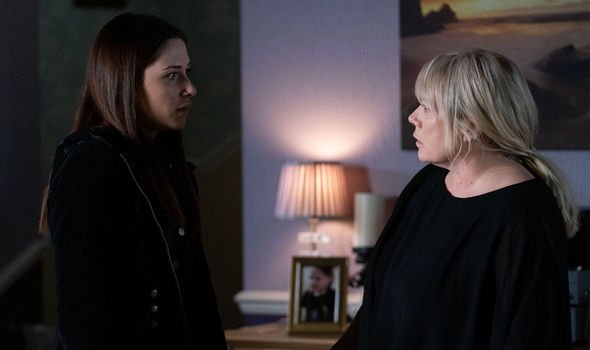 Peter walked into the cafe and Bex became aware he was in earshot but Dotty carried on oblivious.

“Don’t you think it’s weird that he doesn’t want anyone knowing what Dennis was up to, doesn’t make any sense,” she continued.

“I nearly said something when I gave them my police statement.”

“Do you know what I keep wondering? How did Ian even know that Dennis was trapped in that room.”

“I saw him on that boat,” she remarked. “Face like thunder looking for Dennis and you know what they say…

“Last person to see a dead person and now he’s acting all shifty.”

Later, Dotty spoke to Sharon about what it was like to work with Dennis and warned the grieving mother that Ian isn’t being entirely truthful.

However, when Sharon confronted Ian, he lied and claimed he was worried about how much alcohol the young boy was drinking on the boat.

Peter overheard his father’s conversation and headed straight to Bex and Dotty for answers.

“What you were saying earlier, about my dad acting shifty, what did you mean?” he asked.

Peter headed home to confront his dad while Sharon could be heard crying upstairs.

“I went to talk to Dotty,” he declared. “I know what you did to Dennis.”

Will Peter expose his father’s lies and discovers the extent of Ian’s role in Dennis’ death?

EastEnders continues Monday on BBC One at 8pm.