EastEnders’ Patrick Trueman (played by Rudolph Walker) was stunned to discover Isaac Baptiste (Stevie Basaula) was his son but was heartbroken when Sheree Trueman (Suzette Llewellyn) made it clear her son couldn’t know the truth. However, when Issac drops a huge death revelation, Patrick is floored and questions how the pair will move forward.

Isaac has already shown that he’s not happy with the idea of Patrick acting like a father-figure in his life.

No matter how hard Patrick tries to develop a relationship with Isaac, the new arrival keeps pushing him away.

Ever since he turned up on the Square, Isaac has made it very clear that he doesn’t want to bond with his mum’s husband.

Despite Patrick’s pleas, Sheree refuses to tell Isaac the truth and makes excuses to explain away his rude behaviour. 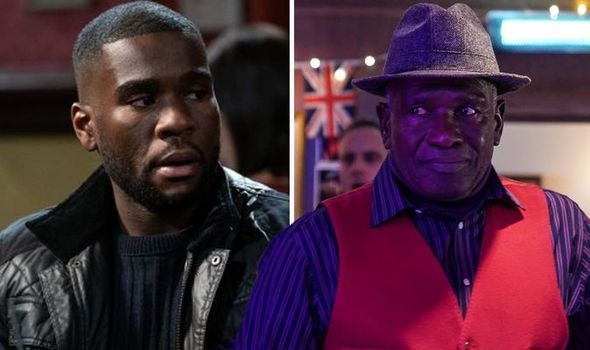 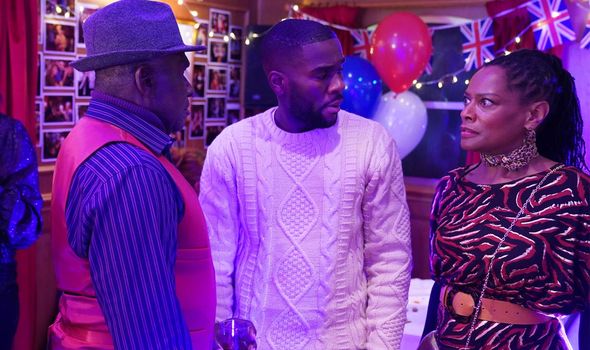 In upcoming scenes, Denise Fox (Diane Parish) consoles Patrick while he opens up about his fear that Isaac hates him.

Sheree overhears and is saddened by his confession and urges Isaac to make more of an effort.

Isaac, Jack Branning (Scott Maslen) and Mitch Baker (Roger Griffiths) enjoy a night out at the Queen Vic but things soon take a turn for the worse.

Denise lifts Patrick’s spirits by buying him a new hat and encourages him to join his friends in the pub. 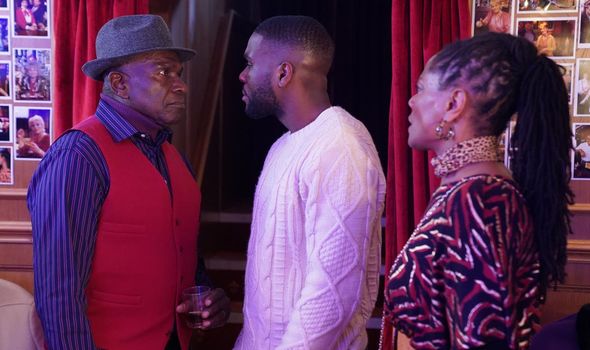 However, Isaac loses his cool during a match of air hockey and Patrick’s words of wisdom aren’t well received.

Isaac hits out at Patrick making it clear he doesn’t see him as a permanent fixture in his life.

Sheree is mortified by her son’s actions and tries to get him to realise that Patrick is not the enemy.

Denise overhears their conversation and is surprised to learn it was the anniversary of the man Isaac believes is his father.

The hairdresser believes Isaac’s reaction was understandable considering the circumstances and asks Jack to help Patrick bond with his son.

Sheree agrees another lads night might help the pair bond but Patrick is skeptical and is still hurt from Isaac’s harsh words.

Will Isaac finally learn the truth about his father or will his relationship with Patrick reach the point of no return?

Gray’s abuse towards Chantelle was exposed to viewers last year and it was made clear this was something that had been going on for some time.

The young couple project the idea they’re a perfect family but behind closed doors, it’s a very different matter.

However, BBC spoilers have teased someone close to Chantelle could be about to realise Gray’s true colours.

Will Mitch witness his son-in-law abusing his daughter or will Gray continue to live a lie?

EastEnders continues Monday on BBC One at 8pm.