EastEnders fans have watched Gray Atkins (played by Toby Alexander-Smith) emotionally and physically abuse his wife Chantelle Atkins (Jessica Plummer) for months but those closest to the family have no idea what the lawyer is capable of. The young couple project the idea they’re a perfect family but behind closed doors, it’s a very different matter. However, Mitch Baker (Roger Griffiths) may finally realise what his son-in-law is really like.

Gray’s abuse towards Chantelle was exposed to viewers last year and it was made clear this was something that had been going on for some time.

The aggressive lawyer has promised Chantelle he will change and sought professional help last year to try and tackle his demons.

However, Gray soon reverted back to his own ways and broke Chantelle’s arm during an argument.

In recent scenes, the lawyer has been under a lot of stress as he prepares for Kush Kazemi (Davood Ghadami) and Whitney Dean’s (Shona McGarty) trials. 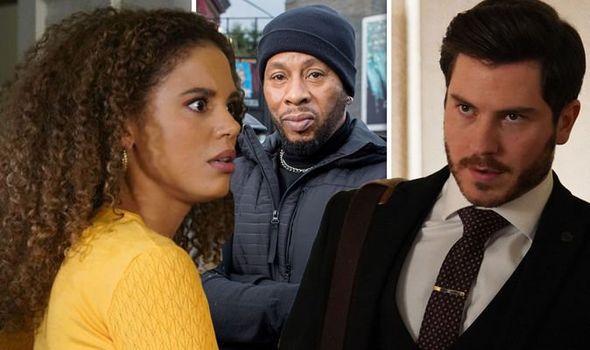 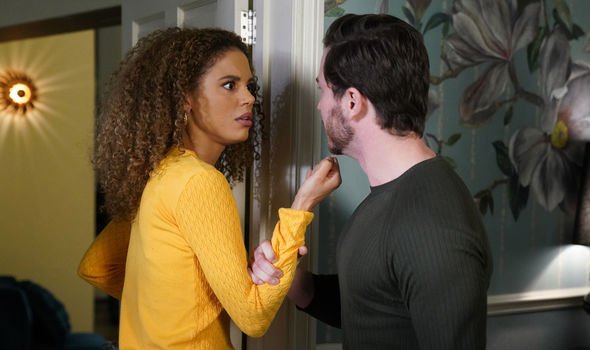 Gray was reluctant to take on Whitney’s case but was backed into a corner when her family and friends urged him to help.

Next week, Gray feels the pressure to clear Whitney’s name but things get worse when his boss urges him to make Kush plead guilty to his assault charge.

Kat Slater (Jessie Wallace) quickly confronts the lawyer but is torn when he explains Kush’s guilty verdict could help Whitney.

As Gray and Kush set off for court, the lawyer subtly seeds doubt in Kush’s mind about his plea. 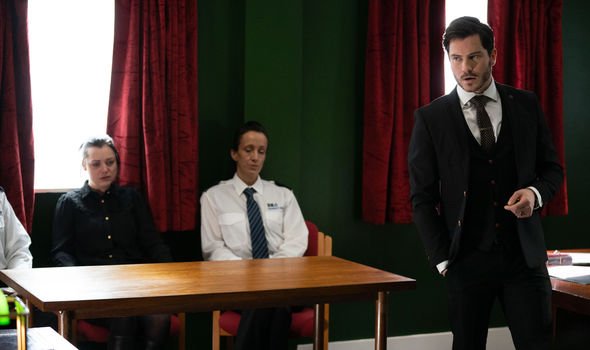 Later, the day of Whitney’s bail hearing arrives as Gray continues to hide his stress from his loved ones.

After alarming his wife when he snapped at their children, the lawyer is determined to keep his feelings under wraps.

Chantelle tries to support her husband but he explodes and reveals he’s dropping Whitney’s case.

During the bail hearing, Whitney struggles to keep her cool making Gray’s job even harder.

However, BBC spoilers have teased someone close to Chantelle could be about to realise Gray’s true colours.

While he continues to snap at his wife and children, Gray’s father-in-law will grow suspicious.

Will Mitch witness his son-in-law abusing his daughter or will he raise his suspicions with Karen Taylor (Lorraine Stanley)?

Mitch has never seen eye-to-eye with his son-in-law and the pair often take swipes at each other during family gatherings.

The spoiler does not confirm exactly why Mitch grows suspicious and it may be related to his job or Whitney’s case.

If Mitch questions Gray’s professionalism it could lead to the hot-headed lawyer lashing out.

Could Gray expose himself as Chantelle’s abuser in front of her whole family?

EastEnders continues tonight on BBC One at 8pm.