EastEnders: Rainie agrees to let Bernie be her surrogate

Many of the Albert Square locals are facing a tough time, with Mick (played by Danny Dyer) and Linda (Kellie Bright) struggling to come to terms with Linda being pregnant with Max Branning’s (Jake Wood) child. Despite Max’s character having left EastEnders, the pregnancy serves as a reminder of the pair’s affair. Linda has faced so much trauma lately, will the pregnancy drive her to take drastic action and leave the baby in a moment of despair and concern over her marriage? Viewers of the BBC soap will know Rainie (Tanya Franks) and Stuart (Ricky Champ) have been considering surrogacy to complete their dream family, but have so far faced obstacles with that route. Could the desperate couple end up adopting Linda’s stranded baby?

Vi’s constant digs at Rainie continue and she pleads with Stuart to get her to leave.

Later at The Vic, Vi tells Stuart she knows Rainie isn’t her biggest fan and she’s surprised to learn of Rainie’s chequered past, but before Stuart can ask her to move out Vi spots Honey Mitchell (Emma Barton) and gets an idea.

She interrogates a surprised Honey, hoping she’ll be able to help her, but Stuart is appalled to realise she is trying to set him up with her. With the stress and time constraints of sorting a surrogacy building up, could the couple change their mind? 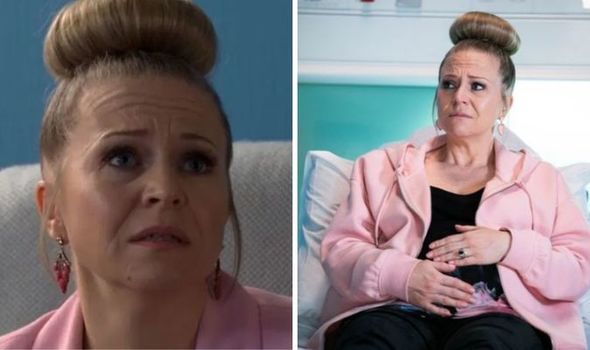 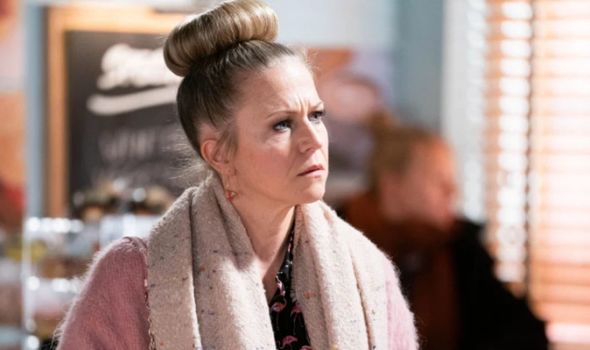 Honey mentions Jay Brown (Jamie Borthwick) and Vi swiftly insults them before Stuart can usher her out.

At The Vic, Stuart is upset at his nan’s actions and admits Bernie Taylor (Clair Norris) is going to be their surrogate.

As Rainie arrives, Vi changes her tune and states she’s going to stick around and wants to get to know Rainie better, leaving Rainie quietly seething.

She is suspicious of Vi’s sudden nice act and Stuart admits she knows about Bernie.

This is bound to cause further upset and might lead the couple to question their decision to ask Bernie to take up such a huge thing. 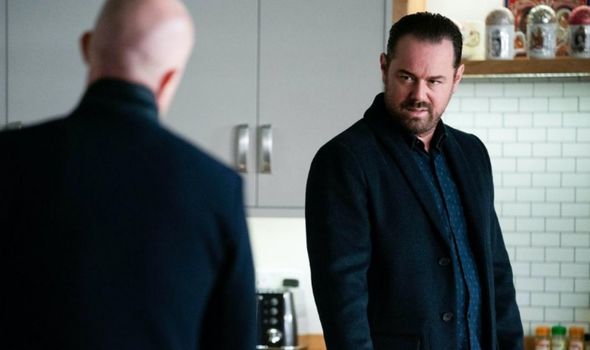 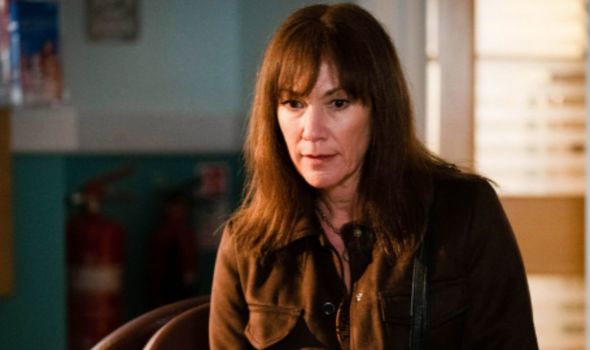 They spot Bernie struggling on a jog and later Bernie feels the pressure when her mum insists she eats a fry up.

She’s trying to lose weight to have a better chance at a successful surrogacy, but Rainie has had her doubts about taking any risks when it comes to having a baby.

With Bernie feeling the stress already, Rainie might decide not to use a surrogate after all, but this will leave the couple with few options as they currently don’t want to adopt.

Nancy Carter (Maddy Hill) encourages her dad Mick to speak up if he’s having doubts, but Mick is adamant that Max deserves to know the truth regardless of his own feelings.

Karen Taylor becomes concerned about Bernie’s dieting and suggests they go to a group together, so Tiffany Butcher (Maisie Smith) offers to join for support.

Vi manages to ruin both Stuart’s and Rainie’s important plans, leaving Rainie fuming but she’s caught off guard when, after telling her to go back home, Vi lets her in on a secret.

Linda frets that she won’t be able to hide her bump for much longer but she needs to tell Max.

She quizzes Denise Fox (Diane Parish) for intel on Max’s brother Jack Branning (Scott Maslen), who’s taken Abi to see Max in Paris, and she’s surprised that he seems to have found his feet.

With the stress of her family finding out the truth and the pressure to tell Max, could Linda end up being in denial until she has the baby?

Once the baby is born, a terrified Linda might end up abandoning the newborn in hopes that someone will take the baby in – and Rainie and Stuart seem the perfect fit for the plot.

Fans have already been speculating the potential storyline, with one taking to Twitter to say: ” Linda will have Max baby but give it to Rainie and Stuart……that’s my input for now. #EastEnders”

Another wrote: “Wouldn’t it make sense for Linda to give the baby to Rainie, who has Abi, who would be related to the baby? The baby would be… Abi’s uncle. Oh yeah OK this is all very weird. #Eastenders.”

EastEnders continues on Thursday at 7.30pm on BBC One.