EastEnders resident Jags Panesar (played by Amar Adatia) formed part of the newest family on the Square, with many questions surrounding their past life still yet to be uncovered. Jags has made a mark for himself and struck up a flirtation with Habiba Ahmed (Rukku Nahar) whilst rekindling his friendship with Chantelle Atkins (Jessica Plummer). He is yet unaware his friend is being abused by Gray Atkins (Toby-Alexander Smith) but with it only a matter of time before the truth is out, could Jags be the one to find out what’s been going on and put his life at risk by saving his friend?

The Panesar brothers were brought in to join sister Ash (Gurlaine Kaur Garcha), with their manipulative mother Suki (Balvinder Sopal).

It’s clear there is much still to come out in the open about their background as their relationship with Suki is still very fractured.

The matriarch faked her own cancer diagnosis last year and her children were horrified to discover her lies.

One member of the clan whose past has not been delved into too deeply is Jags as all BBC viewers really know is he was close friends with Chantelle as a teenager. 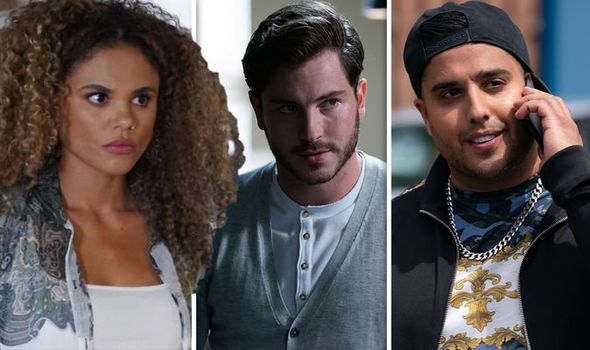 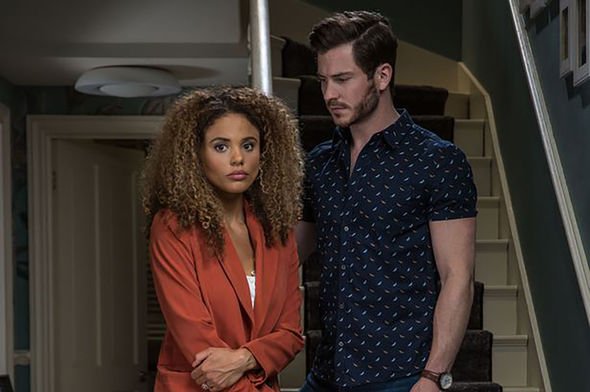 There was even a hint of a past romance between the two and Chantelle was happy to have him back in her life.

This didn’t last for long as her husband soon became jealous of their pair spending time with each other and warned his wife he didn’t trust Jags.

Jags had a brief fling Habiba but it was undeniable he had a connection to Chantelle – romantic or not – and would want to help her out in any way possible.

The new character hasn’t had many storylines in the soap so far and now, some viewers have spotted a hint his exit could be on the cards. 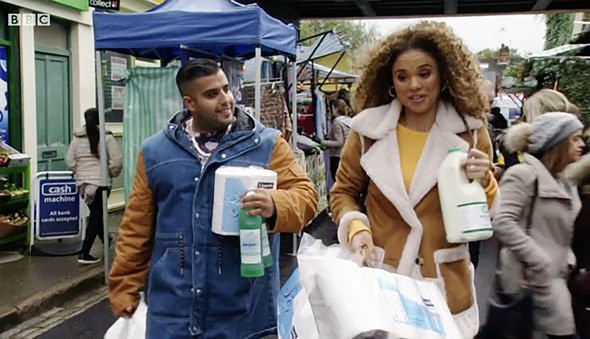 The photo featured Amar as his alter-ego, with the caption reading: “Great to work with the talented @AmarAdatia recently on his new acting showreel. We particularly loved these scenes as Jags in EastEnders. Keep up the great work!”

This led to the fan asking:  “Just saw this on Instagram. Does this mean Jags is going?”

Could Jags accidentally uncover Gray’s abuse of his wife and end up meeting a tragic end as he looks to save Chantelle?

Perhaps, if he discovers what has been going on, he could help his friend escape her abuser, leaving him to face up to Gray.

It comes just days after other eagle-eyed fans spotted a similar clue from actress Jessica Plummer, who plays Chantelle.

The actress has been on the soap for around a year, with some wondering if this means her contract has ended, with others noticing she recently had new headshots taken.

Explaining the theory, they said: “Well Jessica Plummer had new headshots taken, which is what across do when they’re looking for a new gig: Bleu Landau who plays Denny got some a few months before he died.”

Another fan added: “True, but actors are expected to update their headshots periodically anyway. Plus, many EE actors have gotten other gigs while still working on the show.

“But her contract would only be around 12 months, she arrived in March 2019, so I’m guessing the writers had her direct character arc planned out for those set 12 months.

“I’m guessing she’ll be killed off. But yeah she could leave the standard way, the Grey things are revealed and she leaves the show because there’s no more story to tell. Or there’s a decent 20% chance she’ll stay.”

Could Chantelle and Jags both be in-store for a double exit after fans have speculated both could be saying goodbye to Albert Square?

EastEnders airs Mondays at 8pm and Tuesdays at 7:30pm on BBC One.