EastEnders: Whitney Dean runs over somebody with her car

Gray’s (played by Toby-Alexander Smith) second victim was Tina Carter (Luisa Bradshaw-White), who had become suspicious that Gray had killed Chantelle. In dramatic Christmas-time episodes of the BBC soap, he retaliated by ensuring she was silenced – for good. The EastEnders villain also killed Kush Kazemi (Davood Ghadami) just last month by pushing him in front of a tube train as he attempted to flee with Whitney Dean (Shona McGarty). His plan worked as he grew close to the grieving woman, but is she about to be the reason he finally gets exposed?

In edge-of-the-seat scenes earlier this week, a crazed Whitney, believing Phil Mitchell (Steve McFadden) or Ben Mitchell (Max Bowden) were behind Kush’s death, rammed Gray’s car into them as they stood on the road.

But also with the pair was Kat Slater (Jessie Wallace) and Callum Highway (Tony Clay).

It has since been unveiled that the car had struck Kat, leaving her seriously injured in hospital.

Gray is determined to protect Whitney from prison but was furious that his car put them in the frame. 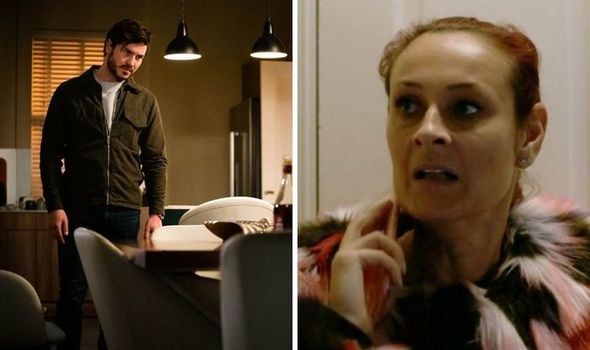 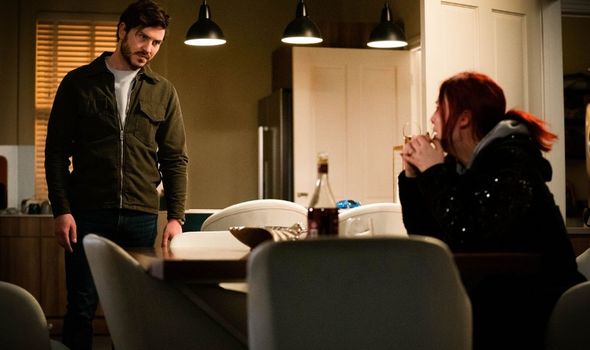 He lied to police, claiming he saw youths hanging around his vehicle and making officers believe they had stolen it before crashing into Kat.

But eager fans have predicted the car holds the secret to all his previous murders.

Taking to Reddit, one person said: “Wouldn’t it be amazing if the police found Tina’s blood or something like that? Things could finally start to unravel for him!”

It’s definitely a possibility because Gray killed Tina in his home before disposing of her body, which he’d put in his car. 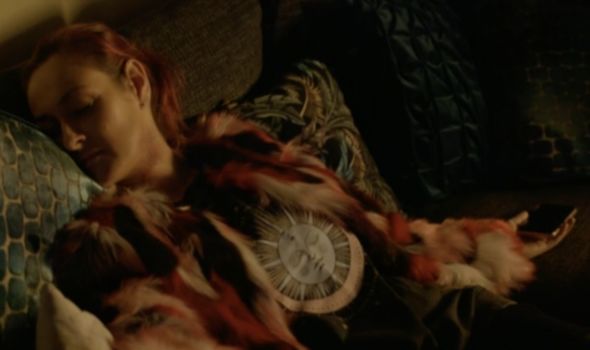 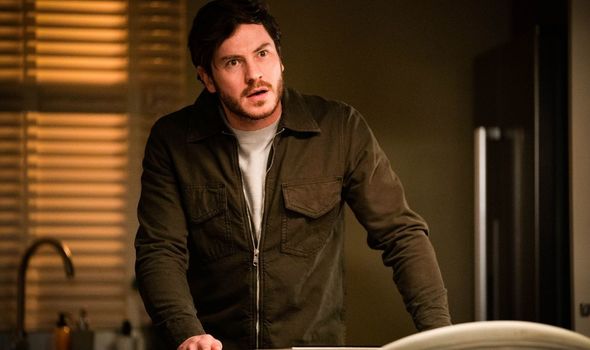 If police find Tina’s blood, he would definitely become the prime suspect in her disappearance.

At the moment though, her family believe she has done a runner, so they haven’t raised any alarms about missing Tina.

Responding to the theory, another fan commented: “The night he put Tina in the boot of the car, the camera definitely stayed on the boot for several seconds for a reason!”

A different person wrote: “It was whatever she was wrapped in like a blanket the end corner was sticking out under the boot lid. Blood i don’t think will be found as he strangled her but i wondered about her dna or maybe mud from a spade he used to bury her.” (sic)

Viewers also highlighted another flaw in Gray’s story to police.

One pointed out: “Waiting to see how the police take to the stolen car. As it was started with the keys that I am assuming Whitney left in the car. Grey said he saw a couple of kids loitering around the car.

“Guess Gray will have to take a hike on his next car insurance quote.”

It’s true that Whitney hadn’t broken into the car, and it was seized from the scene.

This would mean Gray had no time to stage a break-in of the vehicle, so police may start to suspect something.

If police close in on Gray after finding Tina’s DNA, the truth about Chantelle’s abuse and subsequent murder is likely to come out.

And once that’s been unveiled, people might put together that he was after Whitney and had become possessive of her after Chantelle’s death, meaning it could have killed Kush.

Could the car hold the key to finally uncovering his pack of murderous lies?

And if so, he might be blamed for the hit-and-run on Kat.

Still, police could probably detect Whitney’s fingerprints, but she may be able to argue she has used the car before.

If she finds out about everything else he’s done, Whitney will probably be okay with him taking the rap for her with the collision.

Could the plausible fan theory become a soap reality?

EastEnders continues on Friday at 8pm on BBC One.