EastEnders resident Chantelle Atkins (played by Jessica Plummer) has failed to tell any of her friends and family about what her seemingly charming husband, Gray (Toby-Alexander Smith) has been putting her through in recent months. Despite a few close calls, she has kept the truth to herself but as Gray’s abuse continues, could she find an exit in an unexpected way when she pays a visit to the dentist this week?

Chantelle and Gray appeared to be the perfect couple when they arrived in the Square with their two young children last year.

However, it soon emerged things were less than pleasant behind closed doors as Chantelle was subjected to her husband’s harrowing abuse.

Gray soon gradually began to control his wife’s every move and has become wary of her spending time with other men and people he does not approve of.

It looked like the legal-eagle had turned a corner when he decided he needed to go to therapy and was determined to prove he loved Chantelle. 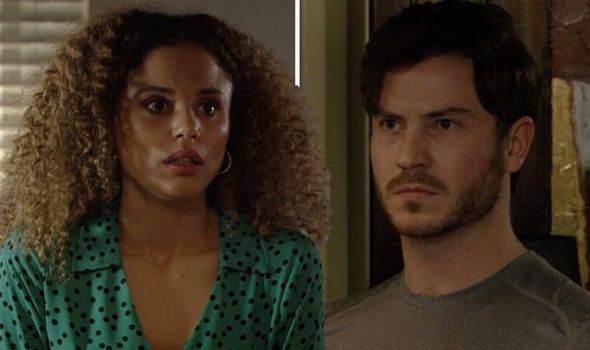 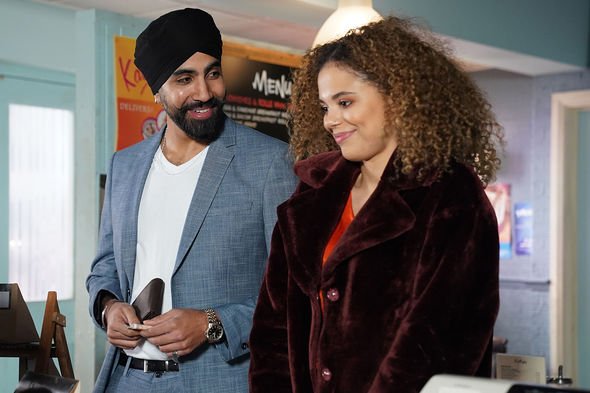 Unfortunately, this didn’t last and Gray’s abuse has only worsened in recent weeks with jealousy coming from elsewhere.

When the Panesar brothers arrived late last year, it soon emerged they knew Chantelle from their past as they all went to school together.

She had a particularly close connection with Jags (Amar Adatia) but when Gray realised this, he warned her to stay away from the family.

However, when Jags’ older bother Kheerat (Jaz Deol) offered Chantelle a job at his new company, she gratefully accepted and soon bonded with her new boss. 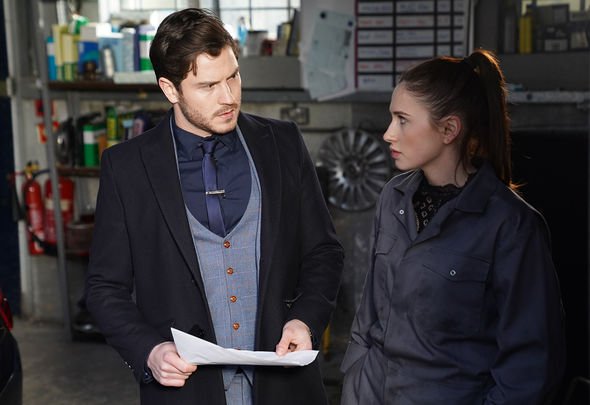 It seemed as though she was coming close to revealing the truth about her relationship with her husband to Kheerat when the pair became locked in a cupboard at their shared workplace.

Unfortunately, she couldn’t quite find the courage to expose Gray and things have since picked up a gear as Chantelle and Kheerat remain close.

Earlier this week, Dotty (Milly Zero) pointed out Gray’s location tracker in his car which hinted just what lengths he is willing to go to in order to keep an eye on his wife.

Gray has become suspicious his wife is cheating on him and this week saw him go through the journeys she has made on his car.

BBC viewers saw Kheerat’s mum Suki (Balvinder Sopal) give Chantelle a list of errands to run but failed to tell her husband what happened.

Chantelle is unaware her husband has been monitoring her in this way and when he checks the journeys she has made yet again, he will torment himself further.

In upcoming episodes, Chantelle will desperately try to prove to her husband she is not cheating on him and is remaining loyal.

She promises Gray she was at the dentist at the time he believed she was using his car, but predictably, he doesn’t believe his wife’s excuse and still thinks she is lying.

But, could Chantelle’s seemingly routine check-up see her expose her abuser in a huge plot twist?

Viewers have seen Gray inflict various injuries upon Chantelle and it could be possible she has sustained damage to her face and jaw.

If the dentist questions how Chantelle has sustained the injuries, could she end up telling the truth about what’s been going on all this time?
With Gray nowhere to be seen in the surgery, could it finally be the catalyst urging the mum to speak out on what’s happened?

If you have been affected by Chantelles’s storyline, visit Women’s Aid here or ring the National Domestic Abuse Helpline on 0808 2000 247.

EastEnders airs Mondays at 8pm and Tuesdays at 7:30pm on BBC One.