Don’t Look Up showed a whole new side of Meryl Streep. Critics and audiences praise the actor for her dramatic roles, but she doesn’t get as many opportunities to explore her comedic side. Adam McKay’s Don’t Look Up gave Streep the chance to dig into a whole new kind of role. Here’s a look at the outtakes that she did for the hilarious Oval Office scene.

Don’t Look Up follows Dr. Randall Mindy (Leonardo DiCaprio) and a Ph.D. student named Kate Dibiasky (Jennifer Lawrence) after they discover a comet hurtling to Earth. They immediately take this information to the necessary authorities, but they don’t anticipate that they won’t be taken seriously. As a result, they launch a media tour to warn the world about their impending doom.

Streep plays President Orlean in Don’t Look Up. The character is a parody of politicians who brush off the global climate crisis. She brings a variety of nuances from different politicians to bring this ridiculous character to life, while still delivering the level of performance that audiences have come to expect from her. 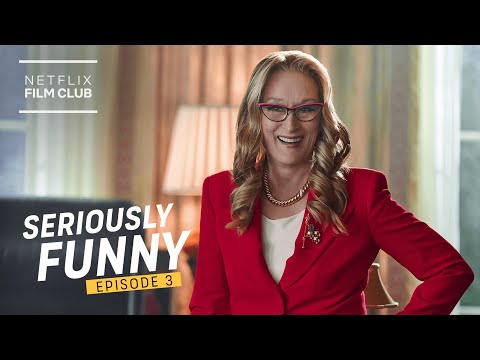 The Netflix Film Club YouTube channel released Streep’s Don’t Look Up improvisation outtakes. McKay introduces the video about the legendary actor’s outtakes. He explained how Streep is a “gobsmackingly good improviser,” which she did throughout the movie. McKay said that he once asked Streep if she’s trained in improv, momentarily forgetting all that she brings to a project.

“The scene that we were all excited about was the first Oval Office scene,” McKay said. “Every single take we did with Meryl, she improvised a different phone call at the head of the scene that she was hanging up on. It was kind of a tour de force of improv that I’ve never seen before.”

The video above shows the actual footage that didn’t make it into the final cut. Here are some examples:

McKay further explained that Streep never repeated any of the same jokes in her Don’t Look Up improv.

‘Don’t Look Up’ made it to the Oscars

Streep certainly elevated the material in Don’t Look Up. She’s always a marvelous addition to any cast, but she was able to deliver something totally different this time around. Streep once again proved that she’s a chameleon of sorts, blending in with any genre she digs her teeth into.