With Prince Harry and Prince William set to reunite in the coming days for an unveiling of a statue dedicated to their mother Princess Diana, the panel on Jeremy Vine were keen to debate whether this could help mend their rather frayed relationship. Joined by Janette Manrara and Mike Parry, Jeremy asked his Channel 5 guests if the royal brothers could mend the rifts that have emerged in the headlines ever since Harry moved to the USA with Meghan Markle.

Inevitably, it didn’t take long for the debate to take a fiery turn as each guest shared their thoughts, with the Strictly Come Dancing star taking aim at how Meghan has acted in the fallout.

“Family is important and no matter what kind of scenarios happen in life, we can move forward as a family,” Janette began.

Keeping the debate going, Jeremy then weighed in to ask Janette: “Do you like Meghan?” 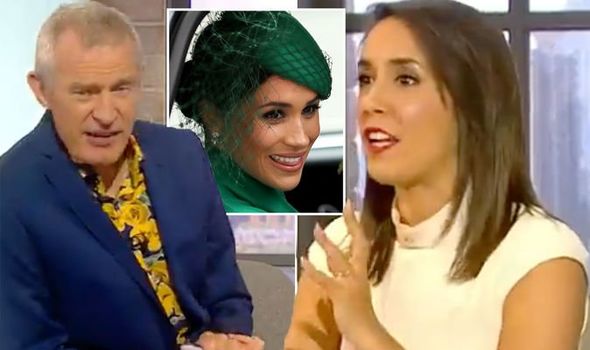 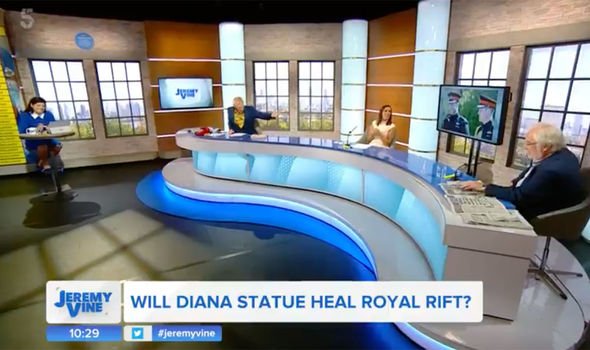 But the new It Takes Two host was far from supportive onside as she delivered her take: “I mean, I go backwards and forwards with my feelings on Meghan.

“Obviously being an American myself I wanna be on her side and be supportive and as a woman especially I want to be supportive.”

Taking aim at Meghan’s action since leaving the Royal Family, Janette added: “But I wouldn’t agree with a lot of the things that she’s done, I would’ve handled things slightly differently if I was in her position. But the way that they slander her in the press is a little bit too far.”

Mike Parry then brought up reports which suggest Kate was “jealous” of Meghan’s arrival in the early days because of the “huge bubble of publicity” that she brought due to her previous career in the spotlight. 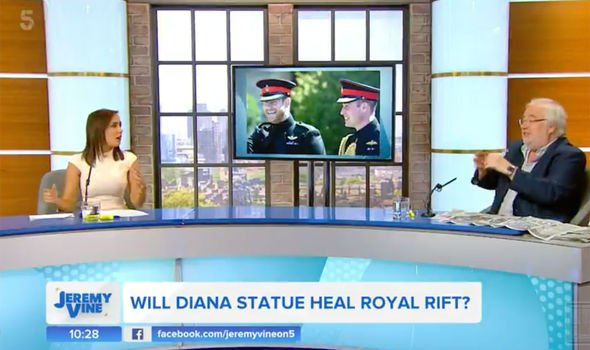 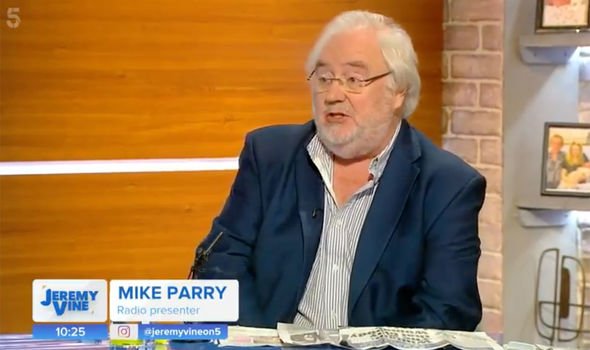 However, Janette hit back at his claims as she slammed the “woman versus woman” narrative established between the two parties in reference to Kate Middleton and Meghan.

Soon after, the debate turned heated when Jeremy turned to co-host Storm Huntley for her thoughts on whether the statue unveiling can help mend broken bridges.

“I don’t think it’s going to make any difference to their relationship,” Storm said. “I have no idea what stage their relationship is at because I don’t know either of the individuals and I haven’t been privy to any of the conversations.

“So I have no idea, but if they have fallen out I don’t think standing next to a statue is going to help them,” she added before concurring with Janette’s point.

DON’T MISS:
Dan Walker hits back at Oti Mabuse as she makes dig at ‘tired’ look
‘I’m sick of the left!’ Jeremy Vine guest clashes with Owen Jones
‘Don’t invite me back!’ GB News host hits out in Harry and Meghan row

Storm continued: “I could not agree more with Janette, we set up the conversation about the brother’s rift and within five minutes we’re talking about Kate being jealous. Why is it always being thrown back to the women?”

Jeremy then brought Mike back into the debate as he stood firm: “You have to ask themselves why they did it [fell out]…”

“Because it’s the women’s fault?” Storm sarcastically interjected before Mike defended himself by saying: “Their partners who are a huge part of their lives weren’t comfortable in the relationship that existed when they lived in tandem in this country.

“And that blew apart and now Harry has become a completely different person,” Mike added before Janette cut him off: “I could not disagree with you more, Mike.

“To say that somehow women have connived…” Janette went on before Mike interrupted: “I didn’t say they were.”

But Janette concluded the debate by insisting once more the focus of the ongoing debate and the headlines being made should focus on the brothers’ row rather than their spouses.

The statue of Princess Diana is set to be unveiled on July 1 to commemorate what would’ve been the late Princess of Wales’ 60th birthday.

Prince Harry and Prince William will be in attendance but neither Kate nor Meghan will attend.

Jeremy Vine airs weekdays at 9:15am on Channel 5.