Home » TV and Movies » 'Doctor Who': 13th Doctor Will Face the Daleks in the Next Holiday Special 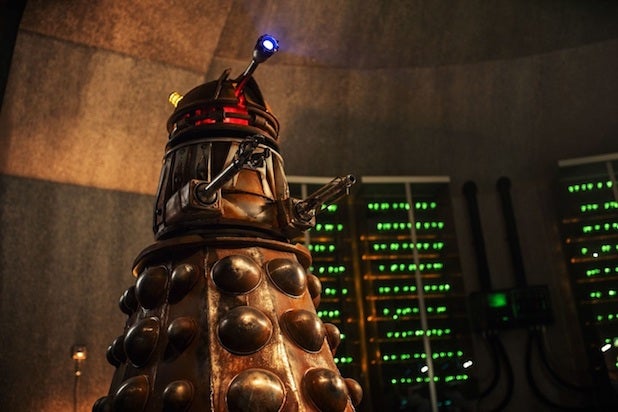 “Doctor Who” Series 12 ended with the Doctor in a very bad spot. But it’s about to get even worse, because showrunner Chris Chibnall has announced that when “Doctor Who” returns in December for its holiday special, it will be time for Jodie Whitaker to face off against the Doctor’s most hated nemesis: the Daleks.

“We can’t leave the Doctor there! On that cliffhanger!” wrote Chibnall in a statement released by BBC. “Well, we did. But rest assured, the Doctor and her friends will be back for a one-off extended special around Christmas and New Year. (I don’t know when they’re going to put it on yet, otherwise we’d tell you!). There will be Daleks. There will be exterminations. Thrills, laughter, tears. You know. The usual. See you at the end of the year.”

It has been a tradition for “Doctor Who” to release a special episode at year’s end since the show’s return in 2005. For several years, the special was named a “Christmas Special” with a story fitted to the yuletide festivities. But when Chibnall and Whitaker’s run on the show started in 2018, their first special, “Resolution,” took a New Year’s theme and was released on New Year’s Day 2019. Expect this special to also abandon the Christmas concept.

Christmas or not, the December holiday specials have historically been major episodes of “Doctor Who,” introducing new companions or bringing back infamous villains. The specials have also marked the final episodes of the last three actors to play the Doctor: David Tennant, Matt Smith, and Peter Capaldi. The next special, which will be called “Revolution of the Daleks,” will join “Resolution” as only the second episode of the Whitaker era to feature the Daleks, who were first introduced in the show’s second-ever serial back in 1963.

“Doctor Who” airs on BBC America in the U.S. and BBC One in the U.K. All episodes of the revived series will be available to stream on HBO Max when it launches in May.

'Doctor Who': All 13 Regenerations Ranked, From William Hartnell to Peter Capaldi (Videos)

Where does Capaldi’s farewell rank among these classic “Doctor Who” finales?